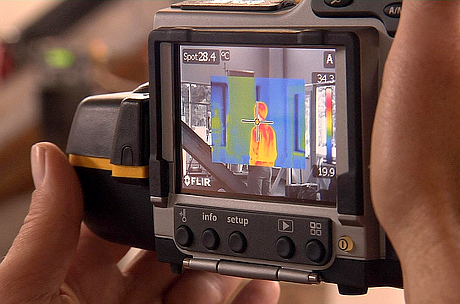 Utility-run energy-efficiency programs have grown robustly over the past decade and are one of the factors contributing to a cooling of the prospects for coal-fired power plants, according to a recent report.

The American Council for an Energy-Efficient Economy’s National Review of Exemplary Energy-Efficiency Programs [PDF] says there has been “a great turn-around in coal-fired electric-power generation. What had been an overall capacity-constrained situation has shifted dramatically in some cases to an over-capacity of electric supply.”

About 40 gigawatts of coal-fired generation are “at risk of retirement,” according to the study, mostly in the Ohio Valley, upper Midwest, mid-Atlantic and Southeast. Those areas, the study states, “simultaneously are sharply increasing investment in energy-efficiency programs.”

The Council’s review finds that spending on utility-funded electricity efficiency programs has nearly tripled since 2008, from about $2 billion nationwide then to nearly $6 billion now.

Program design and operation has grown savvier as well. The most effective programs, which the council highlights in the review, generally share certain strengths. They tend to:

In the review, the third one the Council has put together since 2003, the authors requested nominations and then chose 63 entries, grouped into 23 categories, for special recognition. The authors were especially interested in initiatives targeting two customer groups slow to take to efficiency measures: small businesses and people living in multi-family dwellings.

Although the study describes a healthy and growing efficiency marketplace, it does point out a couple of factors that could be slowing it down. One is the currently low price of natural gas, which erodes the savings made possible by efficiency. The other is that further improvements are difficult once a certain level of efficiency has been achieved.

Nonetheless, efficiency remains a much cheaper source of power than new energy production – about one-third the cost, or less.

One of the programs singled out for commendation in the Council’s study is the One-Stop Efficiency Shop, with services available to Xcel Energy’s small-business customers in Minnesota.

As its name suggests, One-Stop offers everything a small business needs to reduce the energy demands of its lighting system: an audit, significant lighting rebates, below-market rate financing and, importantly, guidance and support to the business-owner until the improvements are made. Loans are structured so that businesses pay no more than their formerly-typical utility bills.

Another highlighted program is Home Performance Solutions, a package of audit and weatherization services available to residential customers of Columbia Gas of Ohio. Although all residential customers may take advantage of the services, they are targeted at heavy users of natural gas, and at people living in homes built before Ohio’s residential energy building code took effect.

The program offers generous incentives for attic and wall insulation and air sealing. It also subsidizes heating and air-conditioning upgrades. The more improvements a homeowner makes, the higher the subsidy on any given one.

The proportion of people who get an audit and then go on to make at least some of the recommended changes is 54 percent, considered a fairly high success rate.

The program requires that auditors and contractors get a lot of training, and that they continue to update their skills with continuing training in this fast-changing field.