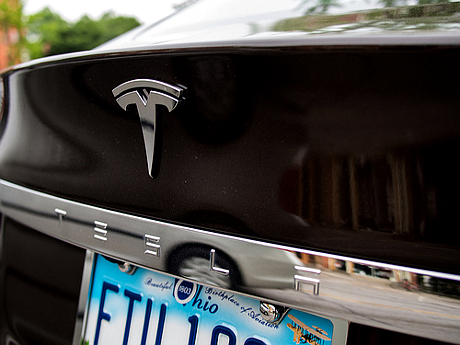 Ohio, ranked third in the nation in the auto supply chain, is well positioned to attract companies that build electric vehicles or produce parts for them.

But unlike some other states, Ohio offers no financial incentives for the companies or the buyers, which are considered crucial in developing a market for the pricey cars and attracting companies that build them.

Incentives are one of the recommendations in a plan generated by the nonprofit Clean Fuels Ohio to encourage electric vehicle use and manufacturing in Ohio. The plan also recommends launching a statewide study of the economic benefits of the electric vehicle market in Ohio, modernizing the electric utility grid, simplifying the permitting process for charging stations and planning the establishment of more charging stations in major cities.

Nearly half of what Ohioans spend in energy pays for fueling cars, trucks and buses and almost all of that is on oil imported from outside the state, according to a report released in May by Policy Matters Ohio, a nonprofit think tank.

Electric vehicles are cheaper to fuel and, even with Ohio’s coal-intensive electrical grid, produce lower global warming emissions than the vast majority of gasoline-powered vehicles. But they’re also expensive, so incentives help in attracting buyers. Among the cheaper plug-in electric vehicles is the Nissan Leaf, which costs about $30,000. Federal tax credits lower the cost by $2,500 to $7,500 depending on the vehicle’s battery.

If a state or local government does not offer additional incentives to bring down the sticker price, it can be tough to convince people that buying an electric vehicle could save them money, said Sam Spofforth, executive director of Clean Fuels Ohio.

Before buying an electric vehicle, consumers have to be able to see a significant savings in fuel costs within just a few years, Spofforth said.

A total of 14 states offer financial incentives for consumers who buy electric vehicles. Ohio offers none. Pennsylvania gives $3,500 rebates for electric and other alternative fuel vehicles. In West Virginia, electric vehicle buyers can get an income tax credit of up to $7,500 for light duty vehicles and $25,000 for heavy duty vehicles. Illinois, Arizona and Iowa offer reduced license and registration taxes.

Various groups have lobbied state legislators to pass a law offering a $2,000 credit to buyers of electric vehicles, but no proposed legislation has even been introduced.

Ohio also does not offer any incentives for companies that make parts for or construct entire electric vehicles. Twelve states offer such incentives, including Indiana, which gives grants and loans to companies that create alternative fuel technology or produce fuel efficient vehicles. In Michigan, a tax exemption may apply for industrial property used for electric, hybrid or alternative fuel vehicles.

“Rather than relying on one-off incentives that help only one industry, the governor is focused on making Ohio more business friendly so all job creators can thrive,” Wehrkamp said. She would not elaborate.

She pointed out that IGS Energy, a company that produces compressed natural gas and is based just outside Columbus, Ohio, opted to build natural gas stations in Pennsylvania and West Virginia, instead of Ohio. Those states offered incentives.

If the price tag of a plug-in electric vehicle doesn’t deter a customer, the fear of running out of charge and being stranded may. However, Ohio has 120 public charging stations, including one in the garage of its state capitol building.

The number of public charging stations meets the current demand because most electric vehicle owners charge their cars at home, Mave said. But going forward more would be needed, if more Ohioans start choosing electric over gas-powered vehicles.

American Electric Power, one of Ohio’s four main utilities, recently supplied 11 of its employees with Chevrolet Volts and plug-in hybrid Ford Escapes to collect data on when and how they charge their vehicles and the impact on local transformers.

The employees driving the company’s electric cars are saving about $1,000 annually in fuel costs on each car, said Chris Schafer, AEP’s program manager of electric transportation.

“I know people don’t want to give the cars up,” he said.

Ohio’s electricity grid will be able to handle the additional load of electric vehicles charging up, Schaefer said. While AEP might have to upgrade transformers from time to time, “we don’t see anything in the foreseeable future that will cause issues,” he said.

Promoting electric vehicles in Ohio is part of an overall effort to burn less fossil fuel in the state.

Coal provides about 78 percent of Ohio’s electricity; less than one percent comes from renewable sources. With such a heavy reliance on coal, Ohio has a greater hill to climb than many other states to increase its use of carbon-free sources.

Although electric vehicles do not burn gasoline and produce no tailpipe emissions, producing the electricity that’s used to charge them generates global warming emissions. The amount of emissions hinges on what type of energy sources power the region’s electricity grid.

In Ohio, an electric vehicle has the equivalent global warming emissions of a gas powered vehicle that gets 42 miles per gallon, according to a 2012 study by the Union of Concerned Scientists.

The nonprofit science advocacy organization (also a member of RE-AMP) found that in states with cleaner electric grids, such as Oregon or Washington, an electric vehicle has the equivalent global warming emissions of a gas powered vehicle that gets 73 mpg.

“Even the regions with the worst electricity grids, it (the electric vehicle) is better than the average compact vehicle,” said Don Anair, deputy director of the clean vehicles program for the Union of Concerned Scientists.

Still, when new technology is introduced into the auto industry, it takes years for it to catch on, Anair said. That’s in part because a car lasts 15 years on average. Since the first hybrid cars came out in the U.S. in 1999, the technology has evolved and the car’s popularity has grown, but they accounted for only about 3.3 percent of the cars sold nationally last month. Electric cars that aren’t hybrids accounted for less than one percent of the market.

The plug-in electric car market is on the rise, albeit a slow rise, with the highest sales not being in the Midwest but instead on the East and West coasts.

Advocates are hopeful that the biggest selling point is the vehicles themselves.

“They view them as glorified electric golf carts perhaps. Once people drive them, they walk away with a different understanding,” Spofforth said.