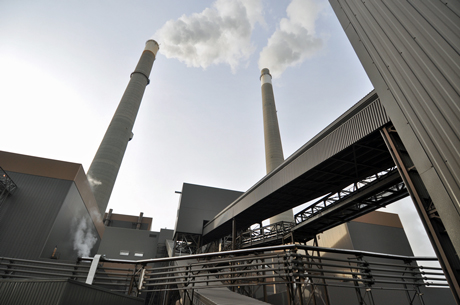 The Minnesota Public Utilities Commission voted 3-2 to reject Great River Energy’s biennial 15-year plan for how it intends to meet its customers’ energy needs in the future.

The decision doesn’t carry any legal or regulatory consequences, but the wrist slap could lend ammunition to customers who were already upset over recent rate increases.

“It’s sending a message to this company: this is not what we expect in Minnesota for resource planning,” said Beth Goodpaster, an attorney for environmental groups that intervened in the case (including Fresh Energy, where Midwest Energy News is based.)

Great River Energy, a nonprofit wholesaler that supplies 28 cooperative utilities in Minnesota and Wisconsin, has been grappling with an overcapacity of generation, including a brand new $437 million coal plant in Spiritwood, North Dakota, that’s been mothballed due to low demand.

The operators of two ethanol plants in Great River Energy’s service area have blamed that overcapacity on poor planning and wasteful spending by the utility’s management. The company’s rates have increased 58 percent in seven years.

“We do not believe that GRE has come anywhere near to achieving the goals set forth in Minnesota law and its obligations to its members of cost-effectiveness and providing electric service at least cost,” said David Aafedt, an attorney for Al-Corn Clean Fuel.

Aafedt and Goodpaster argued that Great River Energy’s demand growth forecasts were unreliable and overly optimistic, and that customers are at risk for more rate hikes to cover continued overcapacity.

Unlike investor-owned utilities, Great River Energy isn’t required to win approval from regulators for its long-range plans. The Public Utilities Commission has only an “advisory” role for cooperatives.

Commissioner Dennis O’Brien said the case shows why a lack of oversight for large electric cooperatives could be a problem worth addressing at the legislature.

“My hope, and it’s only a hope — I don’t think we can enforce our aspirations on them — is that they will look to alternative sources, including more wind and natural gas,” O’Brien said. “I also hope that … the legislature will take a new hard look at the wisdom of lightly regulating co-ops. Are they really answerable to their members, or have they become so big and complex that the managers are ineffective controllers with very little oversight?”

Commissioner Nancy Lange said the document didn’t meet the bar for being a useful planning tool, and that she’s concerned the company didn’t include any information about the cost of environmental compliance for its coal plants.

“I think we do have to pay attention to the economic impact on customers,” Lange said.

PUC Chair Beverly Jones Heydinger said she wants to see a “fuller analysis” that includes alternatives to existing generation, such as more aggressive use of efficiency and demand-side management.

“I didn’t hear that in the conversation,” she said.

An attorney for the company, Michael Bradley, told commissioners during the hearing that Great River Energy’s next resource plan, due in November 2014, would include information about environmental compliance for coal plants.

“We are disappointed with the decision,” said Laureen Ross McCalib, Great River Energy’s manager of resource planning, in an interview after the hearing. “We do take it seriously”