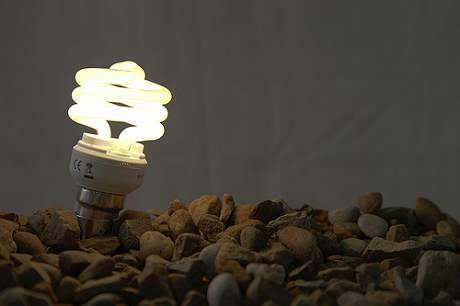 What if instead of offering electricity by the kilowatt hour, utilities sold light, cooling and screen time?

That’s the idea behind a new utility business model being discussed by a civic leadership group in Minnesota that’s looking for ways to better promote energy efficiency in the state.

The Energy Services Utility model is one of several concepts being studied and debated as part of an electricity policy project organized by the Citizens League, a St. Paul nonprofit. The goal is to build consensus around ideas that could become policy or legislative proposals later.

The energy-as-a-service model has been promoted most recently by author and energy consultant Peter Fox-Penner, who is scheduled to speak today at the Minnesota Rural Electric Association’s annual Energy Issues Summit in St. Cloud.

“The mission of the Energy Services Utility is to provide lowest-cost energy services to its customers — light, heat, cooling, computer-hours, and the dozens of other things we get from power each day,” Fox-Penner writes in his 2010 book “Smart Power: Climate Change, the Smart Grid, and the Future of Electric Utilities.”

Today, electric utilities make money by building power plants and other equipment and selling kilowatt hours of electricity to customers. The model not only discourages conservation but it also leaves utilities at serious risk for disruption from new energy-efficient and solar technologies.

A model for efficiency

Fox-Penner proposes that customers pay utilities in part based on how many lumens of light, degrees of cooling, or minutes of screen time they provide — regardless of how much electricity it takes to offer those services.

The model would in theory give utilities an incentive to upgrade their customers’ light bulbs, appliances or even televisions whenever the energy savings would pay off.

It’s “a radical concept that puts electric utilities into two diametrically opposed businesses, one selling their traditional product and one helping customers buy less of it,” he writes.

It’s not a new idea, though. The earliest electricity companies, including Edison, started out selling light, not power. In the 1980s, Amory Lovins among others tried revive the model, which was seen as too impractical then, he writes.

What’s changed is the flurry of new sensors and measurement tools that, along with other smart grid technologies, make metering light, cooling and other energy services suddenly technologically possible.

An “enormous number of practical issues and barriers” remain before utilities could transition to an energy services model, Fox-Penner says. One of the big ones is convincing customers to give up some of their ability to choose whichever products they want in their home.

“While this works for services for which features are not that visible or important, such as heating or lighting, imagine ceding your choice of television sets to your power company,” Fox-Penner writes.

There’s a growing recognition within and outside the electric industry that the existing utility business model is unfit both for meeting society’s climate goals and for competing with new disruptive technologies such as distributed solar power.

“It’s something that worked really well in the last century, when we needed to electrify the country and expand the grid to use more electricity for more things,” says Annie Levenson-Falk, the Citizen League’s senior policy manager. “Now that the goal is conserving, we have the wrong setup for that. I think folks are starting to recognize that.”

The Citizens League started its electricity policy project in 2011, bringing together about 100 people, including utility officials, state lawmakers, environmentalists, business leaders and citizens, to talk about what Minnesota’s electricity system should look like in 2040.

The project is currently in its second phase, which is focused on identifying long-term, system-level policy changes that would promote more efficient use of electricity in the state. Fox-Penner’s Energy Service Utility model is one of several ideas that have been discussed.

“Right now we’re throwing a lot of ideas out there. They’ve run the gamut from decoupling to deregulation,” says Levenson-Falk. The group’s next workshop is this evening at MISO’s St. Paul facility.

Joel Johnson, director of government affairs for the Minnesota Rural Electric Association, said similar conversations about the future of utilities are starting to take place in the boardrooms of its members.

“Part of our purpose as an association is to make sure that our members are looking ahead and seeing the challenges that are coming along,” says Johnson. “They’re really coming from all different directions right now.”

Utilities are being asked to make major upgrades to power plants and the electric grid at a time when sales are mostly flat and at risk of going lower if energy efficiency and solar power trends continue, he said.

The answer may involve adopting new business models to help utilities make the transition, which is why the association invited Fox-Penner to speak at its summit.

“These are all discussions we need to have,” Johnson said.

For information about participating in the Citizen League’s electricity project, contact Annie Levenson-Falk at alevensonfalk@citizensleague.org or 651-289-1072. For information about the Minnesota Rural Electric Association’s annual Energy Issues Summit, visit its website.