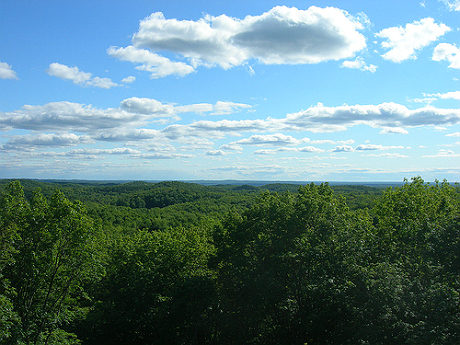 In parts of northern Wisconsin, it doesn’t take a Hurricane Sandy to knock out power for days.

Utility officials hope burying more than 1,000 miles of power lines might bring some relief to customers who are sick of resetting flashing alarm clocks.

Wisconsin Public Services (WPS) received permission from regulators this month to move ahead with the $222 million System Modernization Reliability Project, which some say is too much to spend to improve service for a small number of customers.

The utility, though, says something had to be done to improve the area’s service reliability, which is six times worse than the national average.

“We get complaints from customers who are rightfully pretty frustrated,” WPS spokesman Kerry Spees said.

The U.S. average annual outage minutes per customer for utilities that reported the figure in 2006 was 244 minutes, according to a 2008 study by Lawrence Berkeley National Laboratory.

In 2011, the same figure for WPS customers in Green Bay was 143 minutes, while customers in its rural Wabeno district experienced 1,478 minutes of outages per customer.

In this case, Wisconsin regulators agreed with WPS that the severity of problems and the lower cost of rural construction make “undergrounding” economical for customers.

Affected customers include hundreds of cottages and lake homes and a handful of small towns spread across a roughly 75-by-150-mile area along the state’s border with Michigan’s Upper Peninsula.

“It’s difficult to work in those areas,” Spees said. “We end up with a lot of single outages, as well as feeders that go down, and because some of those lines are cross-country, getting to them is difficult.”

WPS expects the project will lower system-wide outage minutes by up to 25 percent, and in forested areas reductions will be between 40 percent and 90 percent.

Over the next five years, the company plans to bury more than 1,000 miles of power lines and install new distribution automation equipment on another 400 miles of overhead line.

The $222 million price tag is expected to add between $4 and $5 to an average residential customer’s monthly bill. While affected customers support the upgrades, others argued they’re too costly.

“They’re going to spend a lot of money to make a small number of their customers’ power more reliable,” said Charlie Higley, executive director of the Citizens Utility Board (CUB) of Wisconsin. CUB is a member of RE-AMP, which also publishes Midwest Energy News.

Higley said WPS didn’t do enough analysis of alternatives that could have been more cost-effective, such as hiring additional service crews and being more proactive about tree trimming.

CUB argued unsuccessfully to spread the project and rate increase out over 10 years instead of five, or else to do a much smaller project while the utilities studies alternatives in more depth.

The project will cost about $159,000 per circuit mile. That’s on the low end of the Edison Electric Institute’s estimated cost-per-mile range for burying rural distribution lines and far less than similar projects in urban areas.

“Each construction project is unique and costs from one utility’s study may not be easily comparable with another,” the U.S. Energy Information Administration said in a July 2012 report.

About 18 percent of the country’s distribution lines are buried, including nearly all new residential and commercial developments, according to the EEI. Only 0.5 percent of larger transmission lines are underground.

“This information confirms the experience of most utilities and state commissions that the cost of undergrounding is a very important consideration and that customers have limited tolerance for higher costs for utility services to pay for undergrounding,” the EEI report says.

WPS says a 2012 pilot project was supported by customers, as well as town and county governments. Landowners granted easements and most respondents to a mailing said they were interested or supportive of the project.

CUB notes that only 19 of the utility’s 440,000 customers have filed formal complaints about reliability with utility regulators, but Spees said many more complaints don’t rise to that level.

“It’s not a bad thing that WPS is going to be doing,” Higley said. “It’s going to help improve reliability for their customers. We just hope it will pay off with more benefits.”