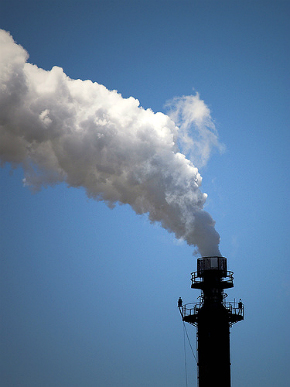 Ohio may be able to meet tough U.S. EPA greenhouse gas standards on existing power plants through full use of existing energy policies and improvements to current infrastructure, according to a new study from the World Resources Institute.

The environmental think tank paper provides a blueprint of sorts for how the nation’s fourth-largest carbon dioxide emitter and coal-dependent state can reduce its power-sector emissions without a major disruption to its economy and energy industry.

The state’s power sector can reduce carbon dioxide emissions 27 percent below 2011 levels by 2020 by fully implementing the state’s renewable and efficiency standards and by taking actions such as improving efficiency at existing coal-fired plants, according to the report.

By expanding existing policies and increasing use of combined heat and power, CO2 levels could fall 41 percent below 2011 levels by 2020, the group said.

“Ohio already has the tools in place to achieve significant emissions reductions in the power sector,” said Kristin Meek, an associate at the institute and co-author of the report.

With its high coal use and natural gas fields, Ohio is in many ways a case study for how the rest of the United States might respond to looming EPA regulations. The state gets roughly 78 percent of its electricity from coal, while also overlapping with the Utica and Marcellus shale plays.

If those two standards are met, CO2 emissions would fall 17 percent below 2011 levels by 2020, WRI found. Increasing combined heat and power capacity at commercial industrial facilities and improving maintenance and efficiency at state coal plants would allow another 5 percent reduction by the same year.

The report considered the possibility of EPA rules on existing power plants, which are scheduled to be completed by June 2015. The agency is expected to release revised rules for new power plants in September (ClimateWire, June 26).

The political fate of the state’s standards is a wild card. Earlier this year, the state’s Senate Public Utilities Committee Chairman Bill Seitz (R) held hearings on whether to make changes to the existing rules and released placeholder legislation “to review and possibly modify the energy efficiency, peak demand reduction and alternative energy resource provisions established by Ohio law.” The state Legislature is in recess, but the issue and placeholder legislation are expected to resurface this fall.

Brian Kaiser, an analyst at Ohio Environmental Council, said it is not clear whether Seitz will move forward with trying to change the numbers in the two standards. While Seitz told The Wall Street Journal in March that the state’s renewable mandate reminded him of “Joseph Stalin’s five-year plan,” he did not take a clear position during this year’s hearings, Kaiser said. Seitz serves on the board of directors of the American Legislative Exchange Council, or ALEC, a group opposing renewable mandates.

The WRI report notes that renewable energy has grown rapidly in Ohio, jumping from 9 megawatts of capacity in 2010 to 400 megawatts in 2012. To meet the existing standard, the state needs to increase renewable sales by roughly 1 percent per year through 2024, according to WRI.

There has been pushback, however, from entities like the utility FirstEnergy Corp. At the legislative hearings earlier this year, the utility’s executive vice president and general counsel, Leila Vespoli, testified that the efficiency law is having “unintended consequences,” including lagging electricity demand, low power prices and uneven costs because of low participation in efficiency programs from electricity customers.

“Describing Ohio’s current mandates as aggressive is putting it mildly,” she said.