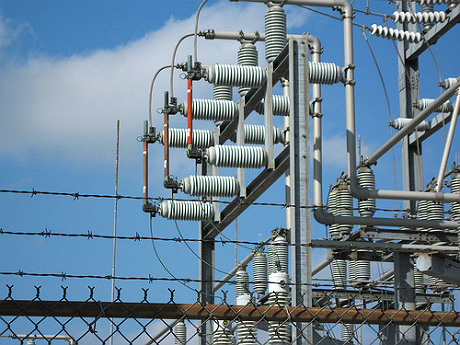 While a decision last week by Ohio regulators rebuked FirstEnergy for overpaying for renewable energy credits, several points of contention in the dispute remain shrouded in secrecy.

In Wednesday’s ruling, the Public Utilities Commission of Ohio held that FirstEnergy’s companies overpaid more than $43 million to meet their renewable energy requirements for 2011.

That decision awards only part of the relief that challengers sought. The total at stake is still unknown because the PUCO upheld confidentiality claims by the FirstEnergy utilities.

“We estimate that FirstEnergy’s customers paid more than $130 million extra for renewable energy between 2009 and 2011 than if these customers had been served by AEP-Ohio,” notes Dylan Sullivan, an energy advocate with the Natural Resources Defense Council. Sullivan’s estimate relies on an independent audit report in the case by Goldenberg Schneider, LPA.

The PUCO held that FirstEnergy’s utilities acted reasonably in buying renewable energy credits for 2009 and 2010. Electric companies must buy the credits if they don’t otherwise meet the state’s requirements for renewable energy. Each credit represents the environmental benefits from generating one megawatt hour of electricity from a renewable resource.

However, the commission disallowed more than $43 million of the companies’ purchases for 2011. The utilities purchased the 2011 credits early, in August 2010.

The companies’ knowledge of market conditions and market projections showed that “relief was imminent,” the decision says. Hence, the decision was “unreasonable.”

“At the time we bought these credits, Ohio’s renewable market was in its infancy,” said Colafella. “There was virtually no data available on the cost of renewable energy credits in Ohio—and we had no way of knowing at the time what renewable credits might cost in the future, or if they would be available at all.”

In one sense, the PUCO decision is a big victory for groups that challenged the utilities’ charges.

“The PUCO, we think, was right in its decision to stand up to FirstEnergy and protect Ohioans and consumers who were wrongfully charged millions of dollars by FirstEnergy because of FirstEnergy’s own mistakes,” says Brian Kaiser at the Ohio Environmental Council.

“FirstEnergy chose to overcharge customers, and now the Commission is rightly holding it accountable,” agrees Dan Sawmiller of the Sierra Club’s Beyond Coal Campaign.

“We are not allowed to reveal how much we asked for FirstEnergy to credit back to customers because FirstEnergy succeeded in its efforts to have the records sealed as secret,” said Marty Berkowitz, a spokesperson for the Office of the Ohio Consumers Counsel. “Needless to say, we recommended that FirstEnergy be required to credit back much more of its charges to customers than what was ordered in today’s decision.”

Sawmiller likewise disagrees with the decision to keep credit purchase details secret. The decision “left much to be desired in terms of transparency, leaving customers in the dark about what types of renewables are being provided, where are they coming from and at what cost.”

“This is information that our lawmakers need to have,” adds Sawmiller. A pending state senate bill, S.B. 58, calls for the legislature to review Ohio’s renewable energy requirements. “They need to know what the renewable energy marketplace looks like in Ohio.”

“In the absence of concrete evidence of improper communications, anticompetitive behavior, or undue preference,” the commission held there were “insufficient grounds for further investigation at this time.”

The commission reached that conclusion without considering whether the utilities’ confidentiality claims prevented challengers from discovering such evidence.

The commission also didn’t consider evidence that American Electric Power might have offered.  AEP wanted to join the case after briefs were filed in May. AEP claimed it didn’t know about possible improprieties before the briefs brought the issue to light.

“We are disappointed that our intervention was not granted and were hoping the commission would take AEP’s viewpoint into account based upon our experience in the renewable energy credit market,” says AEP spokesperson Tamara Ridout.

Having utilities on opposing sides of cases is relatively new in Ohio.

Ohio passed a law in 1999 to let companies compete in each other’s territories. However, subsequent rulings and laws effectively kept most competition at bay until about three years ago.

The extensions were supposed to allow time for a competitive market to develop as companies restructured. Among other things, utilities had to separate their electricity generating operations from their transmission and distribution businesses.

“Deregulation and restructuring in Ohio have changed things and made them more complex, so the old utility relationships are no longer relevant or comparable to the present circumstances,” says Ridout.

Earlier this year, FirstEnergy and others persuaded the PUCO to prevent AEP from charging customers for construction of the proposed Turning Point solar energy project near Zanesville, Ohio.

“We felt that case represented an opportunity for one supplier to get preferential treatment over another,” says Colafella. “Electric generation is a competitive market. It doesn’t create a level playing field if one generator is basically getting all the costs paid by the ratepayers.”

FirstEnergy has also opposed AEP’s rate plan. The plan included charges to help protect AEP’s market as it completed its restructuring. FirstEnergy felt the charges “would have priced our offers out of the ballpark,” says Colafella.

The Office of the Ohio Consumers Counsel also opposed the extra charges in the AEP rate case. Berkowitz says such charges “work against the market” to “artificially keep prices up.” The case is currently on appeal before the Ohio Supreme Court.

“Competitive markets work very well when they’re permitted to operate on a level field without subsidies or barriers to entry into the market,” says Colafella.

Final resolution of FirstEnergy’s renewable energy case may take a year or more.

“There’s a lot of retail competition going on in Ohio,” notes Wilson Gonzalez, also at the Office of the Ohio Consumers Counsel. But, he adds, the market is very complex. And corporate separation with arms-length dealing is essential if consumers are to get full benefits from market-based competition.