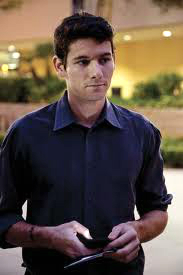 The American Legislative Exchange Council (ALEC) continued its assault on state renewable portfolio standards (RPS) during its 40th annual conference in Chicago earlier this month, with members voting on model legislation that could limit the power of the laws to spark new clean energy construction.

The Market Power Renewables Act argues for a “voluntary market” that would allow people to invest in renewable energy if they choose without instituting mandates, and it claims that such an approach could lead to more renewable energy development overall.

The Renewable Energy Credit Act would expand the types of energy that would count toward credits. It would also remove caps on the proportion of an RPS that can be met through credits – a provision now enshrined in many states’ laws. And it would also allow the renewable standard’s full term – for example through 2025 – to be met in advance by bulk purchases of credits to meet future requirements.

Gabriel Elsner, director of the pro-clean energy watchdog Checks and Balances Project, was among the advocates banned from ALEC’s meeting in Oklahoma City in May. Elsner was in Chicago for the recent conference, in an effort to learn more about state legislators’ and corporate executives’ ties with ALEC. The Checks and Balances Project also collaborated with the Center for Media and Democracy and Greenpeace to publicize ALEC’s confidential agenda and proposed model bills.

Midwest Energy News spoke with Elsner during his visit.

Midwest Energy News: Given that ALEC was unable to pass its bills last year, how serious a threat do these model bills pose to RPS standards and to renewable energy development as a whole?

Elsner: ALEC completely failed in 2013 to weaken or eliminate RPS laws. We’ve seen that because there’s bipartisan support for clean energy. Businesses and communities are seeing local economic development and job creation because of these laws.

ALEC’s new model legislation is a stealth attack on RPS’s. They are framed in a way that makes them seem pro-clean energy, but would open up RPS’s to allow sources of electricity – from large hydropower to landfill gas — to be included in state laws that are supposed to incentivize clean energy sources like wind, solar and geothermal. The net effect would be reduced incentives for local, clean energy development in states that adopted this new bill.

ALEC’s proposed “Market-Power Renewables Act” doesn’t mention hydropower or landfill gas – how do you figure it would allow such energy to be counted toward RPS compliance?

That’s already allowed in some states, how would this law be different?

I looked at the regional registries for RECs listed in the model bill. REC registries define renewable energy differently – some include hydropower plants as large as hundreds of megawatts. Others include landfills gas and biomass projects.

ALEC’s new model bills would create a lowest common denominator that would weaken the traditional RPS’s by allowing out-of-state RECs to fulfill the entire RPS. If building a wind turbine in Kansas cost a dollar and five cents but you could go out and buy an REC for a dollar from a hydropower plant in Maine, the utilities would go out and buy a credit and not build the local clean energy project. It would eliminate the economic benefit and jobs in the state.

What exactly is an ALEC model bill and where does it go from here?

The bills were discussed by the ALEC Energy, Environment and Agriculture Task Force on Friday and voted on by a combination of corporate representatives like AEP and Exxon Mobil and legislators who sit on the task force. Once it passes the task force, a bill goes to the executive board of ALEC. [If the board approves,] it becomes a model bill and is sent out to ALEC legislators across the country.

Who are ALEC legislators?

At the conference ALEC also discussed a model resolution supporting grid modernization. This would appear to put ALEC on the same page as clean energy groups. Is their support really a way to introduce curbs on improving the grid or promoting renewables on the grid?

It would be great if utilities were for grid modernization because it could lead to more clean energy development, smart meters, net metering. But more likely is that members of the ALEC energy task force are supporting grid modernization to maximize the benefits to the utilities at the expense of ordinary consumers.

It’s also a model resolution – not model legislation – so it lacks any details on what pieces of grid modernization they would actually support. The model resolution supports cost recovery by utilities, but would they support the increased use of smart meters and net metering?

If model bills don’t benefit the utilities and other fossil fuel interests funding ALEC, it’s probably not going to pass the task force.

ALEC calls for the possibility of buying renewable energy credits from businesses and private citizens. Might this in a sense further the goal of distributed energy and create incentives for people or businesses to generate their own renewable energy?

In theory this could lead to increased use of clean energy by opening up a voluntary market for RECs. But it’s more likely that opening the RPS to large existing hydro and other sources of electricity would water down the market and undermine in-state clean energy development.

It’s important to point out that RPS’s are already driving clean energy investment. In Kansas alone, it resulted in $3 billion of private sector investment in clean energy last year. These policies are working – if the members of ALEC really want to support clean energy they should work to increase the RPS standards.

The ALEC energy task force also passed a resolution to oppose a carbon tax. How much political significance does this have, especially given that ALEC works on the state level, and a carbon tax would be federal?

[The resolution] is a problem because it is a message to our national representatives in Congress. If state legislatures start passing resolutions against a carbon tax, it would send a strong message to people in Washington, D.C. that a carbon tax is not politically feasible.

What do groups hope to accomplish by publicizing ALEC’s agenda and model bills?

Transparency is always a good thing. ALEC for far too long has operated behind closed doors – lobbying our state legislators on behalf of their corporate members. The Checks and Balances Project is trying to bring accountability to that process by showing the public that major fossil fuel interests are working to impact our energy policy through ALEC.

Have these efforts had an impact already, such as with the failure of the bills in the past year?

I think that they have certainly mobilized people who are in favor of clean energy. ALEC’s attacks on clean energy mobilized businesses and other allies to defend these important policies. I think these attacks on something as popular as clean energy is also having an impact on ALEC itself, with many corporations deciding to leave ALEC because of the controversy surrounding the organization.

In regards to ALEC’s energy work, it’s no surprise that they are launching the next attack on clean energy policies. ALEC is a front group representing major fossil fuel interests, that see the growth of the clean energy industry as a long-term competitive threat.

The article indicates that regional renewable registries define what is “renewable.”  This is not the case; rather, each state defines what qualifies as “renewable” for meeting any standards established by that state. The REC registries in turn track the types of energy that states have designated as renewable.

For information about what the M-RETS registry tracks, see our public reports. Each generator listed is marked with eligibility flags that indicate the standards for which they are eligible. Other registries have similar public reports available.

For additional information on the policies and procedures of the M-RETS registry, see  http://www.m-rets.com/resources/Archives.asp, especially the M-RETS Operating Procedures and M-RETS Bylaws.