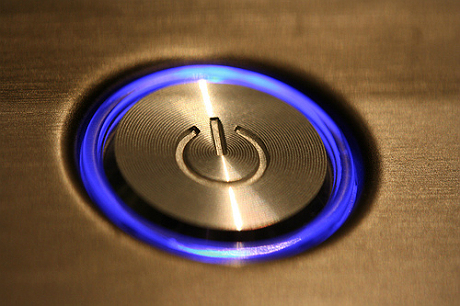 The solar industry isn’t the only one lining up for a piece of utilities’ lunch.

Cable and telecom companies are increasingly calling on utility customers to pitch home energy management services. Comcast, AT&T and Verizon have all launched products in recent years to help customers track and lower their energy use.

Schurr, IBM’s vice president of energy and utility strategy, spoke last month at a Minnesota rural electric summit, where he urged utilities to think creatively about the role they might play.

Navigant Research forecasts that in North America nearly 900,000 customers will subscribe to home energy management services from their broadband provider by the end of the decade.

Meanwhile, people are adopting new technologies, from solar panels to energy efficient gadgets and appliances, that lower their monthly electric bills — trends that are both projected to accelerate.

“If customers are using less grid power and generating more of their own energy, the electric distribution utilities have to add variety to their service offerings or they become less and less relevant to the typical consumer,” Schurr said in an interview last week.

Schurr sees energy services as a way for utilities to make up some of that lost revenue. His advice: become an “energy mall,” the place where buyers and sellers of any variety of energy products and services go to find one another.

“The energy mall becomes a business strategy for reducing the revenue loss that comes from less energy sales to the end customer,” Schurr said.

Instead of a sunglasses kiosk, think Solar Hut or Smart Meter Shack. Sellers of anything from PV panels to smart outlets might pay the utility to promote its product through bill inserts or call-center scripts, for example.

“In this mall, conceptually, utilities could be the enabler for solar rooftop installations. They could be a financier of those capital investments. They could help design and install upgraded energy using equipment, maybe in a small business scenario,” Schurr said. “They could create information-based products for customers that are trying to do a better job of tracking and budgeting for their energy use.”

“Those are all things that are both differentiating from the standard, one-size-fits-all today, and might generate a revenue stream that replaces electricity sales, which is the way they generate virtually 100 percent of their revenue today,” he said.

So far, much of the activity for home and small business energy services has come from companies outside the electric industry.

In late 2011, Verizon became the first major U.S. telecom to launch a connected-home service, selling equipment and a $10 a month service that lets customers monitor and control locks, lights and thermostats.

AT&T announced its Digital Home service earlier this year in 15 markets, including Chicago and St. Louis, including an energy package for $5 a month plus equipment and installations.

Time Warner Cable, as well as home security companies ADT, Alarm.com and Vivint have all come out with similar services, too.

“If they are successful, consumers are using less energy, and they’re paying a third party to help them do so,” Schurr said.

Electric utilities face some competitive disadvantages next to telecom companies. One, the telecoms have more current customers than regional utilities, and two, electric utilities are highly regulated and generally risk-averse — not exactly a recipe for innovation.

“Sometimes these new services are a challenge for utilities who have not been in competitive businesses before,” Schurr said.

That’s why Schurr thinks the energy mall is a useful concept for electric utilities to consider. It doesn’t require them to transform overnight into technology companies.

“It’s not a big investment for them to use what they’re really good at, which is their relationships with their customers, to bring to bear some of these alternative services and generate some revenue,” he said, “in the meantime with a lower investment than if they were trying to organically develop them in-house.”

In his speech in Minnesota last month, Schurr warned that electric utilities could face the same fate as Kodak, which invented the digital camera but didn’t attempt to change its business model until it was too late.

“I would argue that we’ve already seen digital cameras introduced in the form of solar panels and high efficiency equipment,” Schurr said. “Utilities are experts at energy. They know energy services. They know their customers. They can’t wait until it’s too late to take action.”