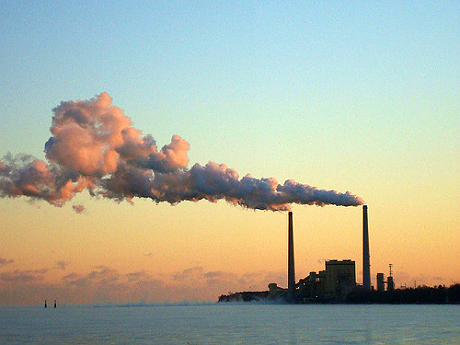 Thirty states and the District of Columbia have enacted renewable portfolio standards, and 10 are involved in a cap-and-trade system for greenhouse gases. On the other end of the spectrum, some states derive nearly all their electricity from coal-fired power plants.

Years ahead of an official decision from EPA, think tanks, legal experts and economists are already asking how to approach the issue in a way that both ends of the spectrum reduce CO2 emissions.

“If EPA sets emissions guidelines that recognize diversity in state fuels but also recognizes there needs to be a minimum verification procedure,” it would help states cooperate in crafting their state implementation plans, said Bill Becker, executive director of the National Association of Clean Air Agencies.

In his climate speech in June, Obama instructed EPA to develop regulations for both newly built and existing power plants, an effort EPA had been working on since it struck a deal with environmentalists and select states and cities in 2010 (ClimateWire, June 25).

The agency will use Section 111 of the Clean Air Act, which forces emitters to improve technology standards to cut pollution. In March 2012, the agency released a proposed rule for new power plants under Section 111(b) that capped emissions at 1,000 pounds per megawatt-hour. This would be an easy standard for units that run on natural gas, but coal-fired plants would be required to slash their emissions rate by about half. In response to the record number of comments, EPA will re-propose a new plant rule next month.

Section 111(d) will be used to regulate existing power plants, which contribute about one-third of the nation’s greenhouse gas emissions. EPA has applied Section 111(d) to control emissions from sulfuric acid plants and waste incinerators. It has also used the section to create a cap-and-trade system to control mercury from coal-fired power plants in a 2005 rule that was struck down in court. But it hasn’t used the section for power plants more broadly and never for greenhouse gases. Section 111(d) requires the states to develop implementation plans, which are then approved by EPA.

Given the uncharted territory ahead for EPA, environmental groups, legal experts and economists have suggested the agency’s best course of action would be a program that allows states to be flexible.

From there, states would decide to take steps to improve the thermal efficiency of power plants; shift dispatch from higher-emitting units to lower-emitting units; introduce renewable energy; make homes, businesses and industries more efficient; and incorporate combined heat and power systems at the plant. States with cap-and-trade programs, like California and parties to the Regional Greenhouse Gas Initiative, would be allowed to trade emissions credits between states to satisfy their EPA cap.

“Essentially, any option that actually reduces emissions in the power sector should count toward compliance,” said Lashof at an event earlier this month. Such a policy, according to NRDC, would boost efficiency measures and decrease coal use.

According to NRDC’s plan, with economic modeling from ICF International, greenhouse gas emissions would drop by 26 percent by 2020 and 34 percent by 2025, as well as levels of sulfur dioxide and nitrogen oxides. The compliance costs would be around $4 billion in 2020, but the plan would yield $25 billion to $60 billion worth of climate and health benefits (ClimateWire, Dec. 6, 2012).

As it stands today, about 18 percent of the country’s power generation in 2010 will be retired by 2022, according to the Edison Electric Institute. Those retirements don’t necessarily translate into carbon reductions, said Lashof, because many of the retiring units do not generate a lot of electricity anyway.

The lack of a precedent in using Section 111(d) for carbon could threaten the possibility of a strong regulation that effectively cuts carbon. Industry lawyers, like Jeff Holmstead at Bracewell and Giuliani, say EPA can direct guidelines but states can be as stringent — or lax — as they choose.

“If they do more than that, they’ll have legal problems, if they try to compel states to do things,” said Holmstead.

The president’s memo for releasing carbon rules called on EPA to use “standards, regulations, or guidelines, as appropriate.” This is vague enough to suggest either legally enforceable rules that require a formal comment period and other regulatory steps or suggested paths to guide states, said William Walsh, an attorney at Pepper Hamilton LLP and former section chief in EPA’s Office of Enforcement.

Dallas Burtraw, a senior fellow at Resources for the Future, analyzed how a flexible performance standard, in which state standards can be averaged across the United States, might address emissions. He and Matt Woerman found that penalizing only coal-fired plants would result in very high costs, especially in the Plains states and Texas — the largest carbon emitter in the country. But by allowing all generating units to participate in greater emissions reduction, the regulations would lead to a reduction of 93 million short tons of CO2 emissions and a mere 1.3 percent increase in electricity costs.

The effect on reliability is still unknown, but a smooth transition is not out of reach. The Mercury and Air Toxics Standards passed last year, one of EPA’s largest regulations to date in terms of cost and impact, resulted in relatively modest expenses for power plants connected by Eastern grid operator PJM, said Craig Glazer, vice president of federal government policy at the regional transmission organization.

“This is a question of how stringent the rules are, the flexibility and time period,” Glazer said. PJM coordinates the movement of electricity across 13 states and the District of Columbia.

Becker of the National Association of Clean Air Agencies is planning to create a model state implementation plan to help governments comply with the EPA rules. He said states could meet the June 2016 deadline to submit implementation plans to EPA if the administration meets its own deadlines.

“It will be challenging but achievable,” he said. “Any delay will make it far more difficult.”

Editor’s note: The NRDC is a member of RE-AMP, which also publishes Midwest Energy News. Neither organization is affiliated with E&E Publishing, a private company.