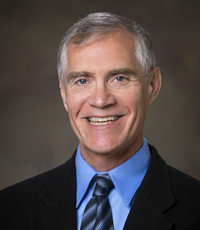 Primum non nocere. The Latin phrase, meaning “First, do no harm,” is a core tenet taught to aspiring medical professionals.

It most commonly applies to physicians to ensure they do nothing that could potentially hurt a patient, but the healthcare sector has begun applying it in a broader context — specifically, to fight climate change.

Hospitals and health systems are major vessels of medical waste and massive consumers of energy. According to the U.S. Department of Energy, they are some of the most “complex and energy-intensive facilities” in the country. Major heating and lighting needs, 24/7 occupancy and large, energy-sucking machines lead hospitals to have more than 2.5 times the energy intensity and carbon dioxide emissions of commercial office buildings.

Health Care Without Harm has helped organize more than 600 hospitals and health systems around the “First, do no harm” motto through the Healthier Hospitals Initiative — a coalition designed to improve environmental health and sustainability in the sector.

Dr. Jeff Thompson leads Gundersen Health System, based in La Crosse, Wisconsin, one of the vanguard hospitals within HHI. Thompson and his team have set one of the most ambitious energy goals of any health system in the country — by 2014, Gundersen plans to be energy independent, producing all the energy it needs on its own.

Last month, the Obama administration honored both Thompson and Gary Cohen, president and co-founder of Health Care Without Harm, as “Champions of Change.” They were two of 11 honorees within healthcare who have taken direct measures to cut carbon pollution, protect public health and raise awareness on the effects of climate change.

“Years ago, you would rarely hear ‘healthcare’ and ‘climate change’ in the same sentence,” Thompson said. “This event gave us a chance to show how hospitals can move out of that paradigm and how are we are responsible for the health and well-being of our community.”

Midwest Energy News was able to speak to Thompson recently. In the following interview, edited for clarity and length, he shared how his organization is leading the charge in healthcare sustainability and why other hospitals can do the same.

Midwest Energy News: The White House event honored several diverse voices within healthcare sustainability. What were you able to learn from it?

Thompson: I was amazed by some of the stories that people had accomplished. Kizzy Charles-Guzman, the young woman who is responsible for sustainability efforts in New York City, came up to me and said, “It’s so amazing what you’ve done and how close you are to your goals.” And I said, “Kizzy, I’m responsible for a number of rural counties that have a population equal to one-tenth of one of your boroughs!”

Even though we have accomplished a lot, I still learn from individuals like her. And I also enjoy working with Gary and the Healthier Hospitals Initiative because of his ability to encapsulate what the big picture is and where [healthcare] needs to go. It is a great, free program for all hospitals that can give any organization a starting point.

Gundersen’s plan to be energy independent in 2014 is one of the most unique among U.S. hospitals and health systems. Can you give some examples of how Gundersen is trying to reach this goal, and is it saving your organization money along the way?

The first example I always use — because everyone worries it’s going to take a huge amount of money — is conservation. Our first investment was in conservation. I recommend all CEOs to go for this. In the first year and a half, we spent $2 million. That’s a lot of money, but every year thereafter, we’ve saved $1.2 million in energy expenditures related to that activity. Right now, I don’t know anything in the organization that can get that rate of return.

When you say “conservation,” what did you and Gundersen focus on specifically?

We started with an energy audit. We looked around all the places where we use energy — lights, motors, pumps, all the non-sexy things people don’t think about when it comes to energy issues. For example, there was a five-year-old, six-story outpatient building. It is very busy during the days, but nobody is there at nights, weekends and holidays. Its exhaust fans, though, were set to run 24/7/365. So we just switched that to run only when people were in the building. We saved $19,000 right there.

In new buildings, you wouldn’t expect to find things like that, but we found other opportunities like lighting where you might have to invest a small amount to get the savings. But as I said, the payback is less than two years. That probably helped convince our board there was something important in this.

Another example is the landfill project. This landfill was filling up outside town one mile from our northern campus. The county laid down a pipe, and now it brings methane to us. We put an engine there that generates electricity and powers the whole campus. There are 1,200 staff [members] at this north campus, and it is completely heated, powered and cooled by methane that three years ago was just being burned into the atmosphere. It also nets the county more than $100,000 per year in payment for their methane. But we still save $400,000 a year on reduced energy costs. We’ve saving money, the county is getting revenue and methane that was previously wasted is heating, powering and cooling a whole campus. It’s hard to say that’s not a good plan.

Here’s a last hard example that took a little capital. Our new hospital will open in January. The current hospital had steam boilers that were 40 to 45 years old, and they were going to have to be replaced. Rather than replacing them with typical boilers, we turned to a biomass boiler, which burns [natural material] like wood. There are many hardwood mills around Wisconsin, Minnesota and Iowa, so we truck in hardwood chips and burn them in a scientifically designed furnace that emits no particulate matter. We pay a little bit for the trucking and wood chips, but we save more than $350,000 per year on our heating bill. If natural gas prices go up, we’ll save more.

Instead of getting coal from Wyoming for electrical power or natural gas from Texas, we have local sources, and it’s less expensive. And if energy prices ever go up — and they undoubtedly will go up sometime — our healthcare costs will be buffered because we can generate our own power.

One of the more unique aspects of Gundersen’s energy strategy was the brewery project. In 2009, Gundersen teamed up with the La Crosse City Brewery to turn the brewery’s wasted biogas discharge into electricity. Can you explain how the project panned out?

Well, we talk about this as one of our learning activities. This one did not work out financially. After we set our plan, [the brewery] changed what they were brewing from beer to a different alcoholic beverage. This changed their cleaning process and added a lot more sulfur — and sulfur damages engines. We haven’t been able to run that engine as much, but we learned a ton. In fact, we have used a lot of that knowledge to manage biogas for our next two projects that are in construction right now — two large dairy digesters that use manure from our region.

The brewery project really got people thinking about being creative and saying, “Wow, what else can we do? Who else can we partner with outside the healthcare system?”

Do projects like that make you pause and reconsider strategies that are both environmentally and financially beneficial?

If you’re out on bleeding edge, well, you’re there for reason. You might bleed on occasion. But our board has been phenomenal and supportive.

Our mindset is any decent healthcare organization has some savings. So what do you do with those savings — treasury notes, money markets, stocks and bonds? We said rather than sending all the savings we had off to the bond or stock market, let’s take a small portion of it and invest in our community. The money invested in the landfill project with the county or the capital that’s gone toward the biomass boiler — that could’ve just sat in savings, or it could have been used to generate these local economic and social returns.

So is Gundersen on pace to be completely energy independent next year? And how much money has actually gone into these different energy efficiency efforts?

We are on schedule. We certainly have it quantified. The multiyear investments will add up to be in the $30 million range when we are all done. We have received state and federal grants that have also helped. The return will be between $3 million and $5 million per year. But we look at that carefully because we believe we have to be disciplined and make sure this is a reasonable investment for Gundersen and our communities.

You have a background as a pediatrician. Has that influenced you at all to implement these climate and energy strategies?

I think it does. As a pediatrician, your job is to think about the patient. But we try and think about the patients’ whole environment rather than just a single patient encounter. Healthcare organizations contribute to pollution, workplace costs, landfill waste and many other problems that affect communities. We need to take responsibility and take action.

I understand I have to have an operating margin and balance sheet, but we believe you can have that and take care of the patients in your community.

Bob Herman is a healthcare and energy journalist based in Chicago.