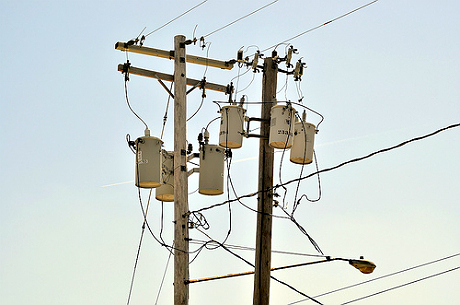 While one of Ohio’s investor-owned utilities has been pushing for the past year to dismantle the state’s energy-efficiency requirement, another has just agreed with several environmental and consumer groups on a five-year efficiency plan that will exceed the energy savings required by the law.

Duke Energy, which serves about 645,000 residential and 63,500 business customers in the state, last week filed a plan with the Public Utility Commission of Ohio to reduce electricity use among its customers by 5.7 percent by the end of 2018. The state standard requires it to reduce power use by only 4.9 by that time.

“We are convinced their plan will achieve that,” said Rob Kelter, a senior attorney with the Environmental Law & Policy Center, one of the organizations that worked with Duke to develop the plan.

According to the ELPC, the reductions outlined in the plan will save at least 442,000,000 kilowatt hours of electricity over three years, saving Duke’s customers more than $40 million. It’s roughly equivalent to the amount of power consumed by 46,500 homes in a year.

The plan just filed with the state utility regulator, while short on details, commits Duke to collaborate with several energy and environmental organizations to enhance Duke’s current suite of efficiency incentives and opportunities. Under the agreement, for example, Duke agrees to a range of initiatives including:

The ELPC and NRDC are members of RE-AMP, which also publishes Midwest Energy News.

While Duke and the environmental and consumer representatives agreed on the plan’s efficiency goal, Kelter said that many of the plan’s details will be worked out during the next three years. Although the plan projects out five years, the state requires that it be refined every three years.

Also, Ohio state Sen. Bill Seitz, who has led several challenges to the state’s energy efficiency and renewable energy standard, plans to introduce a bill in the next legislative session that would limit how much utilities can spend on efficiency programs.

Duke Energy and the other investor-owned utilities that serve Ohio have taken a very different position than FirstEnergy with regard to the state’s efficiency standard.

Blair Schroeder, a spokesman for Duke, said that the company “considers efficiency to be the fifth fuel. We fully embrace energy efficiency and demand response. We were doing it before a majority of other utilities in Ohio were. We are meeting and exceeding the state mandate. We take to heart that this can be a win-win.”

Kelter, from the ELPC, concurred. Duke and the others “have stayed on the sidelines and worked cooperatively with us on these plans,” he said. “FirstEnergy has been the outlier.”