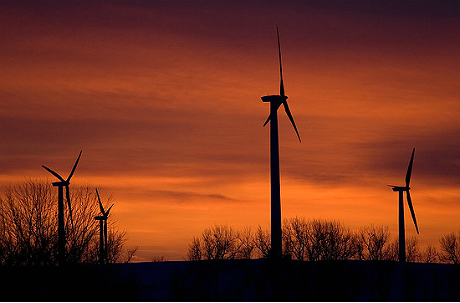 The developers of an embattled wind project in southeastern Minnesota finally pulled the plug this week, telling the state on Tuesday they would no longer be pursuing the controversial project.

The 78-megawatt, $179 million project was initially proposed in 2009 by a subsidiary of T. Boone Pickens’ Mesa Power Group and, after a string of setbacks, was sold last year to New Era Wind.

A group of citizens fought the project from the beginning on every front. Early testimony focused primarily on health and financial fears, with residents raising concerns about spoiled views, property values, and so-called wind turbine syndrome.

As the messy, four-year dispute comes to a close, we spoke with two people close to the controversy as well as an expert on the wind industry for their perspective on what, if any, legacy or lessons the case leaves behind.

Steve Betcher spent months helping to draft, then defend, Goodhue County’s wind turbine setback rules, which would have banned turbines from being installed within about a half mile of any neighboring home.

The Minnesota Public Utilities Commission ultimately disregarded the county rules in favor of a roughly quarter-mile setback based on state noise standards. State law says the PUC can ignore county setback rules if it finds good cause to do so.

“They do not follow a set of standards that are uniform. They use a case-by-case analysis, which makes it very difficult for anyone in the public to know what rules are going to be applied,” Betcher said.

Betcher said the controversial case revealed a flawed and unpredictable process for permitting wind farms in the state — one that he hopes regulators will be motivated to fix in its wake.

“It just went on too long because there was no step-by-step process,” he said.

Betcher said the public doesn’t have enough opportunity to review or comment on large wind farms early on in the process. He also said the state’s noise-based setbacks are inadequate because they don’t account for low-frequency noise.

While there’s no conclusive evidence to support the claims, some researchers suspect low-frequency noise — deep vibrations that are inaudible to the human ear — could be the cause of health symptoms reported by some neighbors of wind farms.

Minnesota needs a more specific noise regulation for wind farms, Betcher said. “I’d like it to be relevant to the kind of noise we’re talking about from a wind generator: low-frequency noise.”

The utilities commission should come up with rules, he said, that consider infrasound and also provide more details on how sound is measured. For example, should levels be taken indoors or outdoors, at ground level or at tower height?

He admits the challenges, though.

“The low-frequency noise issue has only been evolving in the last five years or so, so some of the equipment to measure it hasn’t been available,” Betcher said, “and the regulatory bodies worldwide haven’t universally accepted that as a concern.”

Marie McNamara has spent much of the last four years fighting to stop the wind project.

“It took a long time for anyone to listen,” said McNamara, who co-founded Goodhue Wind Truth with her husband, Bruce.

McNamara said she thinks she and her fellow opponents helped put important issues in the public eye. Now that the Goodhue County project has been defeated, she hopes other wind projects in the state see similar opposition.

Which projects? “All you’ve got to do is start looking through the dockets like we do. Do the work,” she said.

On whether the efforts of Goodhue Wind Truth will have a lasting impact on wind development in the state, McNamara said she hopes so.

“I hope in 20 years there’s not inefficient, poorly sited, environmentally impacting projects that are running around under the heading of renewable and sustainable,” she said.

McNamara criticized the use of desktop studies, rather than field counts, to assess the risk to birds and bats, and she criticized the Minnesota Department of Commerce for not playing a more aggressive watchdog role.

“There weren’t requirements for accuracy. If there’s no accountability, what do you get? You get a big problem,” she said.

Wind advocate: An anomaly, not an omen

Joe Sullivan, regional policy manager for Wind on the Wires, says the Goodhue County controversy may cause developers to redouble their community outreach efforts, but it doesn’t represent a sea change in the way the industry does business.

“When the community is not happy, this is what can happen. That’s the takeaway,” Sullivan said. “But [wind developers] already knew that lesson.”

Wind on the Wires is a non-profit group that advocates for the wind industry, particularly on transmission issues. It’s also a member of RE-AMP, which publishes Midwest Energy News.

Sullivan couldn’t say whether the developers erred in their early outreach efforts, as opponents have alleged. The organization doesn’t typically comment on specific projects, nor was it directly involved in the process. (Editor’s note: WOW did, however, provide testimony to the PUC in 2010 objecting to tougher siting standards that were under consideration for the Goodhue project at the time)

In general, though, the wind industry doesn’t view the Goodhue opposition as an omen of things to come, he said, and neither do they consider the case a sign of broader problems with the way projects are developed in the state.

“Goodhue is a very unique situation. It’s a very unique set of circumstances. That’s the way that many people in the industry look at it,” Sullivan said. “It’s an anomaly.”

Sullivan said Minnesota has a very clear regulatory process for wind projects, and that — despite what opponents claim — it hasn’t fundamentally changed in the wake of the Goodhue case.

Another thing that hasn’t changed, according to Sullivan, is developers’ appetite to do projects in the state.

“The industry is not turning away,” said Sullivan, citing 400 megawatts worth of projects slated to be built in Minnesota over the next year. “That’s hundreds of millions of dollars of development that’s been made post-Goodhue.”