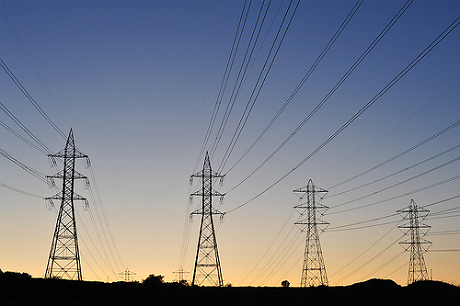 While cost and technological barriers are commonly seen as the primary factors holding back clean energy, a new report says outdated utility business models are the real culprit.

The report, dubbed America’s Power Plan, argues that rewarding utilities primarily for building and maintaining fossil fuel-driven power plants is putting a drag on a burgeoning revolution in the way the U.S. meets its energy needs.

Published Sept. 17, the eight-part report was produced by the Energy Foundation and Energy Innovation, an energy and environmental policy firm. The Energy Foundation is a member of RE-AMP, which publishes Midwest Energy News, and also directly funds MwEN’s original reporting.

The constraints on an overhaul of the nation’s energy system are no longer technological, according to Sonia Aggarwal, one of the report’s authors and the director of strategy for Energy Innovation.

“The technologies are taking off,” she said. And they’re getting cheaper. The cost of solar installations has fallen by 80 percent in the last five years, according to the report. For wind turbines, it’s 30 percent.

However, utility companies are “running up against regulations that were designed for another era” when the country was growing and electrical service was having trouble keeping up. Now, Aggarwal said, it’s projected that U.S. demand for power will stagnate, or perhaps even decrease slightly. Priorities are changing.

The report lays out several policy shifts that, the authors contend, will allow the energy revolution to move into high gear. It proposes, among other things:

While many utilities are clinging to their traditional role as producers and movers of power, Aggarwal said their functions are rapidly changing.

So what exactly will utility companies do in the future?

“There is no one answer because there are so many different situations,” Aggarwal said. A few will continue to generate power and sell it. Others will serve primarily as distributors of power, using a network of long-distance transmission and more-local distribution lines. But she foresees the majority of utilities morphing into what she calls the “smart integrator,” collecting power from a wide variety of sources, moving power from where it’s produced to where it’s used, and being the “face” of the power system.

Still, many utilities “are very threatened” by the expansion of renewable sources of energy and talk of overhauling their mission, said Carl Zichella, one of the authors of the report and a transmission expert at the Natural Resources Defense Council (also a RE-AMP member).

Although utilities in some states are scrambling to undermine laws requiring the gradual phasing-in of renewable energy, others have seen the new paradigm, and are embracing it. California is one state that has created a rate system that rewards utilities for meeting or exceeding various performance goals, rather than tying utilities’ profit to the amount of power sold.

Aggarwal sees this transformation of the energy sector as “inevitable,” regardless of resistance in the industry.

“These things are happening much faster than most people thought they would,” she said. “The utilities have a huge opportunity. The utilities that are going to make it are the ones that are embracing new ideas.”