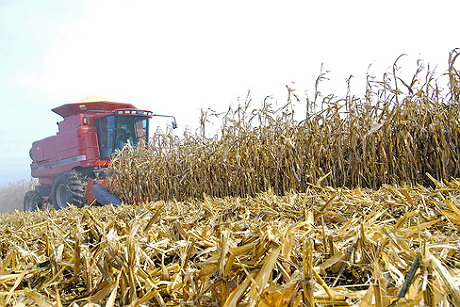 Renewable energy and chemical advocates are putting pressure on congressional agriculture leaders to support robust funding for rural energy and biofuel programs as leaders head into a conference committee on the farm bill.

In a letter this week, 50 renewable chemical companies and trade organizations said the farm bill’s seven energy programs were vital to boosting farmers’ incomes and making America more competitive. The companies include biofuels giants Poet LLC and DuPont Co., as well as several smaller companies working to produce both renewable chemicals and fuels.

The passage of a food stamps bill last week by the House cleared the farm bill to move into conference negotiations between the House and Senate, though the House has yet to appoint conferees as the debt ceiling and threat of a government shutdown have taken precedence this week (see related story).

When formal negotiations do begin, the renewable companies are asking that a farm bill conference report’s energy section mirror language that the Senate passed in its farm bill in June.

The Senate-passed version of the farm bill, S. 954, includes $900 million in mandatory energy funding spread over five years. It would also make renewable chemicals eligible for the first time for credit under biorefinery and biomass assistance programs and strengthen incentives for bio-based products. The House-passed farm bill, H.R. 2642, would reauthorize energy programs and includes some reforms but not any mandatory funding.

Earlier this week, Reps. Dave Reichert (R-Wash.) and Chris Van Hollen (D-Md.) also called on Lucas and Peterson to invest in the programs.

“While we understand that difficult task you face of meeting budget constraints, we emphasize the importance of these bipartisan energy investments, which represent an important and growing component of the agricultural economy,” Reichert and Van Hollen said in a letter dated Monday.

Farm bill energy programs include the popular Rural Energy for America Program, which provides funding for farmers and rural landowners to make energy efficiency and renewable energy improvements on their lands, and the Biorefinery Assistance Program, through which the Agriculture Department awards producers of next-generation fuels.

The energy title also includes the Biomass Crop Assistance Program, which USDA uses to help farmers overcome the challenges of establishing fields of crops that can be used in energy production. None of the farm bill energy programs has mandatory funding under the current farm bill extension.

The Biotechnology Industry Organization on Wednesday echoed the calls for robust funding in its own letter to the agricultural leaders and said it does not support an extension to the farm bill, which expires next Monday.

“The lack of certainty associated with a short-term farm bill extension is a disincentive to investors and to biotechnology company leaders seeking to make lasting business decisions that will create U.S. jobs and reinvigorate America’s manufacturing sector,” said BIO President and CEO James Greenwood, a former Republican representative from Pennsylvania.