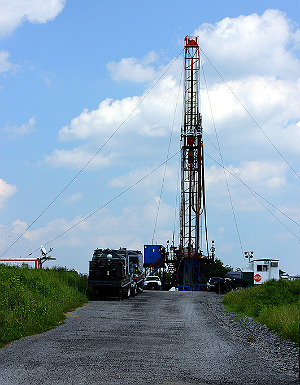 Calling shale gas a “great new resource of energy” that “creates millions of quality jobs,” Chambers of Commerce in 17 states are calling on the EPA to leave fracking oversight to state regulators.

In a letter sent to Administrator Gina McCarthy on September 20, the group points to Illinois as an example of states that have “passed legislative regulations ensuring that hydraulic fracturing is employed safely, transparently and with a continued commitment to environmental protection.”

Illinois Gov. Pat Quinn signed the rules into law in June, following a monthslong process involving environmental groups, industry leaders and lawmakers. While the measure had broad support, some environmental groups opposed the bill and are still seeking a moratorium on drilling.

The letter cites individual differences among states make uniform federal regulations problematic, and also notes that “the current structure” enables states to ban the practice “if that is the perceived collective wish of the electorate.”

“Common sense, effective regulations are necessary to govern the use of hydraulic fracturing and we have embraced this responsibility through regulation particular to the unique characteristics of our respective states,” the letter reads. “This is why we oppose any new federal intervention that would disrupt the regulatory frameworks of the states.”

The letter was signed by Chamber leaders in Illinois, Ohio, Michigan, Indiana, North Dakota, Kansas, and 10 other states outside the Midwest.

You can read the letter in its entirety here.

Editor’s note – an earlier version of this story incorrectly stated that 20 states had signed on to the letter. The correct number is 17.