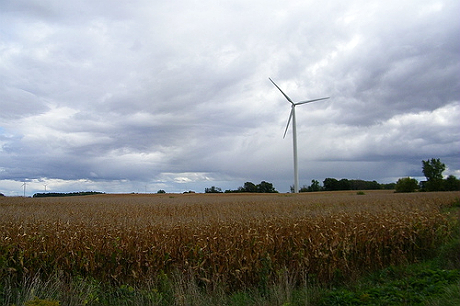 A regulatory process lacking in transparency makes it difficult to tell whether Michigan consumers are getting the best possible deal on wind energy, say legal experts involved in cases filed with the state’s Public Service Commission.

The cost of wind power has fallen farther and faster than many predicted since Michigan approved a 2008 law requiring utilities to produce 10 percent of their electricity from renewable sources by 2015.

“But it could be better if the commission was more vigorously watchdogging the market and regulating in a way that would allow competition in the marketplace to drive costs down even further,” said Chris Bzdok, an attorney regularly involved in cases before the PSC.

“It comes down to: Do we have a fair and functional marketplace so the lowest-cost providers can deliver their product to the consumer?” he said. “And there are reasons to believe this isn’t happening.”

Critics say part of the problem lies in the commission’s application of an exception in Michigan’s renewable energy mandate. The law requires the state’s two publicly regulated utilities—Consumers Energy and DTE Energy—to use a competitive bidding process for contracts to purchase renewable energy or install new capacity. But it gives the utilities leeway to sign contracts without competition if “the provider determines such an unsolicited proposal provides opportunities that may not otherwise be available or commercially practical.”

A review of contracts between the utilities and independent wind developers approved by the PSC shows the majority were reached without a competitive bidding process.

Commission officials say they approve no-bid contracts when they believe it’s the best choice for ratepayers.

“It’s right in the statute that the provider can accept unsolicited proposals,” said Paul Proudfoot, director of the PSC’s electric reliability division. “These contracts are with the provider and the developer. The commission is just overseeing the process. It is interesting legal language in the statute, but it allows the provider, who’s responsible for meeting the standard, to negotiate with the developers.”

The competitive bidding requirement “is a very good thing that works reasonably well,” said attorney Rodger Kershner, who was a senior vice president and general counsel for CMS Energy, parent company of Consumers Energy, before Michigan passed its renewable mandate.

“Some of the abuses, however, result from the provision that says if somebody just lobs an offer over the transom, and the utility believes it’s an offer that’s too good to ignore, that the competitive bidding process can be dispensed with,” Kershner said. “I think that’s the source of the abuse and bad outcomes. That exception should not exist in my opinion.”

In a filing with the commission DTE said it needed to bypass competitive bidding and sign the contract with Heritage Wind Energy because growing demand for wind power could drive up future prices, and because the project could begin adding wind power to the grid within a few months, sooner than other wind farms could.

Not everyone was convinced by DTE’s arguments. The Michigan Wholesale Power Association, for instance, filed a complaint with the commission maintaining that DTE had failed “to cite a single fact, as opposed to unsupported conjecture” for not inviting bids for the project.

Kershner was among those opposed to the contract, which—at $116 per megawatt hour—remains the most expensive purchase agreement for Michigan wind.

“Nobody got an opportunity to say, ‘Wait a minute, you shouldn’t come in here on a sole-source basis and sign the first contract someone throws in front of you, uncritically. You should invite the views of more people,’” he said. “That set the pattern, and it’s been the pattern ever since.”

More recently, the PSC in May approved two agreements through which DTE would purchase power from two 74.8-megawatt wind farms in Michigan’s Thumb region. The utility did not issue a call for bids, claiming it needed to immediately ink the deals with the wind facilities, called Pheasant Run Wind and Pheasant Run Wind II, to secure federal wind production tax credits before they expired.

In approving the contracts, the commission rejected a petition by Minnesota-based Geronimo Energy to intervene in the case. The company claimed it had sent DTE an unsolicited proposal offering a power purchase agreement at a “significantly lower cost” than Pheasant Run; the prices were redacted from the filings because the information is considered proprietary. Geronimo claimed the wind turbines it was installing in the Thumb also were eligible for the federal tax credits.

Geronimo requested a rehearing after the PSC approved the Pheasant Run contracts, but the commission also rejected that petition.

Geronimo officials did not return multiple calls and emails requesting comments on the case.

DTE spokesman Scott Simons said the utility has pursued the best options for all of its renewable power purchases, including the Pheasant Run agreements.

“Those contracts all have been rigorously reviewed and approved by the MPSC under the guidelines of PA 295,” Simons said, referring to the renewable mandate. “In all instances, DTE has pursued and received approval of the lowest-cost feasible wind projects from credible wind developers.”

But critics say, even for contracts that were reached through competitive bidding, the public has to take the utilities at their word that they chose the lowest-cost wind developer. Nowhere in the documents filed with the PSC are utilities required to provide any details about the bids they rejected.

“There hasn’t been a real rigorous vetting of whether these are the best deals that are on the market,” Bzdok said.

Andy McGlashen is a freelance journalist in East Lansing, Michigan, who has written for The Daily Climate, Environmental Health News, Great Lakes Echo and other outlets. He is a graduate of the Knight Center for Environmental Journalism at Michigan State University.