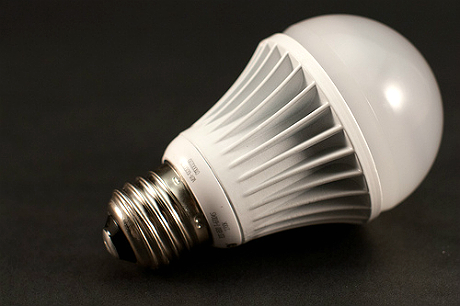 Earlier this year, Cree dropped the price of its 40-watt equivalent (6-watt) warm-white light-emitting diode, or LED, bulb to less than $10.

The incumbents were watching and have answered. Last month, Philips partnered with Home Depot and utilities to bring the price of its 60-watt LED equivalent to $9.97 after utility rebate. For regions without a utility rebate available, its 10.5-watt A19 will be offered for $10.97.

Philips also started offering instant utility rebates for its LED bulbs at many Staples stores last month. Ikea was early onto the LED bandwagon. The Swedish retailer said last year it would only sell LEDs after 2016.

On Wednesday, the world’s largest retailer also got into the game. Wal-Mart is selling its line of Great Value LEDs for less than $10. Wal-Mart rolled back prices all the way down to $8.88 for a 60-watt-equivalent, soft-white bulb that is not dimmable. Wal-Mart will also offer a new dimmable 60-watt equivalent by GE for $11. GE is also selling its Reveal LED for about $20 at other retailers.

“GE and Wal-Mart have worked in close concert for more than a decade to pioneer new applications for commercial LEDs,” John Strainic, GE Consumer Lighting General Manager, said in a statement. “We’ve taken the good collaboration we’ve made with Wal-Mart to increase the energy efficiency of their facilities, and are beginning to make the same inroads in the consumer lighting aisle.”

Before Cree went sub-$10, 40- and 60-watt equivalent bulbs were in the $11 to $20 range. One of the keys to adoption will not just be the lower price, but also the color and how well it mimics the incandescent bulb we’ve come to know and love.

Wal-Mart claims it makes the purchasing even simpler through its package design, which highlights the incandescent wattage equivalent and lifetime savings. However, many people have switched to CFLs, so the savings will not be as pronounced.

As options abound and prices fall, LEDs will likely make greater inroads into homes. But it’s still an uphill battle. Many people do not like CFLs and those that don’t know much about LEDs will likely toss them into the same category.

“Wal-Mart makes purchasing LED a simple choice for consumers through the new low price and package design that is easy to understand,” Steve Bratspies, executive vice president of general merchandise for Wal-Mart, said in a statement. The question now is whether it’s not just a simple choice, but also a no-brainer. At least one lighting executive thinks that the tipping point is here, and that 80 percent of new lighting sold could be LEDs by 2020.

Cree, which launched the price war, is not just sitting back on the battlefield. Last month, it became the first lighting manufacturer to meet California’s voluntary standard for LED bulbs to have a color close to the quality of light from a 60-watt incandescent.