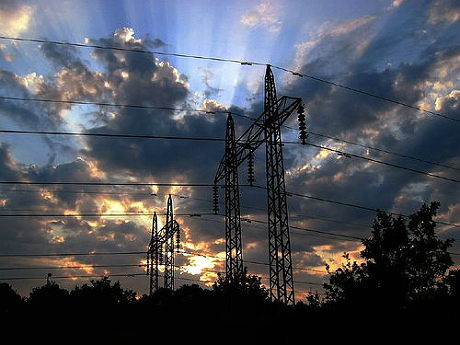 Here in Denmark, though, electric companies have long operated in a slow- or no-growth market, and they continue to invest in further lowering customers’ energy use.

The Danish efficiency scheme has become the model for a new European Union efficiency law currently being implemented, and it could offer ideas and inspiration for U.S. policymakers, too, as they attempt to design incentives that can convince electric utilities to take a lead role in helping customers use less of the very product they sell.

Denmark has steadily invested in energy conservation ever since the 1970s energy crisis, when an Arab oil embargo caused fuel shortages and skyrocketing prices. As President Reagan was pulling solar panels off the White House roof, Denmark continued to spend money improving its building and power plant efficiency.

The country’s conservation commitment recently increased with a 2012 agreement that’s expected to cut energy use 12 percent by 2020 compared to 2006.

The pact has also generated demand for energy efficiency services, prompting several utilities to launch new businesses to capitalize on the opportunity.

“A lot of the companies now as see this as a potential to increase their market in advising on energy savings,” says Tina Sommer Kristensen, administrator for Denmark’s Department of Buildings and Energy Efficiency.

Like much of Denmark’s regulation, the efficiency policy is the result of a consensus negotiation process, in this case between the Danish Climate, Energy and Buildings Ministry and the trade associations for approximately 450 energy distribution companies, including oil, electricity, natural gas and district heating.

Each sector — oil, electricity, natural gas and district heating — is assigned a specific share, roughly proportional to their market share. It’s up to the trade associations for each sector to then delegate responsibility for those obligations to its member companies, typically also based roughly on market share.

Companies can claim credit for energy savings that they themselves helped realized, either by providing technical advice or financial support. The utility’s involvement needs to be documented before an energy savings project begins. They may also partner with energy savings companies and others to help find opportunities.

The Ministry is indifferent about whether an individual company fails to hit its target for the year, so long as the sector as a whole meets its energy savings obligation. Utilities are allowed to buy, sell or share savings certificates with each other when one company exceeds their own requirements for the year.

Since 2007, companies covered under the agreements have surpassed the nationwide energy savings goals in every year.

Sommer Kristensen said in the beginning there was some reluctance among some energy companies, but most have since come around to embrace the scheme, for several reasons.

One, the arrangement is cost-neutral for the utilities. Whatever a company spends to meet their obligation, they can pass along the full cost to customers in the form of a tariff on the following year’s energy bills.

Secondly, the system is highly flexible. The Ministry doesn’t care how sectors meet the targets, just that they do. There are no requirements to achieve a certain amount of savings from residential or low-income customers, for example. There’s even no requirement to achieve savings from your own customers or own sector.

Kamilla Thingvad, senior consultant for the Danish Energy Association, said that flexibility has driven companies to find the best, most cost-effective savings, no matter where they exist.

“It also takes away this [idea] that you have to reduce what you’re selling,” says Thingvad, whose organization represents the country’s electric companies.

In practice, though, most companies have focused on finding savings in their own territory and sector, because that is where their expertise lies, Sommer Kristensen says.

Another factor that’s helped reduce some of the potential tension between energy conservation and electricity sales is the structure of Denmark’s utility industry. Electric distribution companies operate separately from generation companies. Customers also have their choice of retail companies, which buy power from producers and pay distributors to get it to customers.

In addition, most distribution companies have formed sister companies that focus on providing energy savings services, which directly benefit from the conservation targets.

An electricity distributor will typically partner with energy savings companies as well as builders, installers and others to identify projects for the utility to participate in.

In 2006, the first year of the original agreement, all of the savings were achieved through contracts with distributors’ own “sister companies” that provide energy savings services. The money spent by distribution companies on efficiency was fully reimbursed by customers and went to pay energy services companies that were often affiliated with the distributor.

The agreements include rules to encourage competition, however, and so as more companies and consultants have entered the field, the share of energy savings work going to distributors’ own sister companies had fallen to around a third of the total spending in 2012.

“There’s been quite a change in how savings are made,” says Thingvad.

As the competition to provide retail services increases, companies are also beginning to package energy efficiency in retail service pitches to prospective customers. A company might approach a large electricity customer and offer rebates or other financing for equipment upgrades if the customer switches to their retail service.

Companies are expected to meet the targets for the lowest possible cost. Utilities annually report their spending to the Ministry, which makes the data public so that customers can compare their utility with others. “That’s a pretty strong driver to keep the costs low,” Thingvad says.

While electric companies have embraced the new system, there’s been less enthusiasm from the district heating sector, Sommer Kristensen says. These heating companies tend to be very small and local in scope. They’ve seen less incentive to pursue efficiency projects beyond their territory because they can’t bundle them with other services.

In general, though, both the government and energy companies view the agreement as a success. Thingvad says companies don’t see efficiency as a conflict.

“It’s part of their identity,” Thingvad said. “The distributors see it as a way to fulfill an obligation to society, and also part of the green transition of the energy system. You have to put in more renewables, but you also have to reduce consumption to make ends meet.”