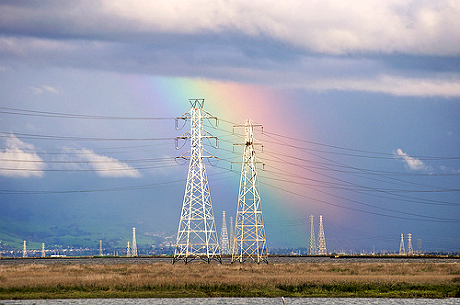 Forty years after the first OPEC oil embargo left Americans stunned, vulnerable and waiting for their turn at the gas pump, the United States is getting more than twice as much productivity out of every barrel of oil and every kilowatt hour of electricity.

According to a new study by the Natural Resources Defense Council (NRDC), huge advances in energy efficiency have meant that:

• Total U.S. energy use has fallen since peaking in 2007;
• Americans used less energy in 2012 then in 1999, even though the economy grew by more than 25 percent (adjusted for inflation) over that period;
• Although electricity use more than doubled between 1973 and 2000, the growth rate tumbled to about 6 percent between 2000 and 2012, meaning it increased more slowly than the U.S. population;
• and Americans used less oil in 2012 than in 1973, even though the economy tripled in size over that period.

Undergirding all of these developments is an economy making steadily more efficient use of energy, according to Ralph Cavanagh, who along with Sierra Martinez wrote the report, America’s (Amazingly) Good Energy News. Their findings are based on an analysis of extensive government data.

The study cites a finding in a report published earlier this year by the Bipartisan Policy Center that between 1973 and 2012, the savings generated by more efficient energy use essentially freed up more power than was created by increased supplies of all other sources of energy – natural gas, coal, oil, renewables and nuclear power.

“That’s an eye-opening finding,” Cavanagh said in a phone interview. He is co-director of the organization’s energy program.

It’s been suggested that energy savings during the recent recession, especially during 2008 and 2009, are simply the result of an economy in operating in low gear.

“That’s one reason we did a 40-year retrospective,” Cavanagh said. “It has persisted through many recessions and many recoveries.”

“Today’s new refrigerator,” according to the study, “uses a fourth of the energy of its 1973 counterpart, offers 20 percent more storage, and costs half as much.”

One important avenue to achieving greater efficiency is changing the utility business model such that it rewards utilities for promoting efficient energy-use among their customers.

So far, 26 states have begun to “decouple” compensation from sales of electricity and natural gas. Most decoupling has occurred since 2008, and Cavanagh believes that with the stagnation in power sales, more utilities will agree to separate their earnings from the amount of power they sell.

Once incentives and policies have been revamped to reward utilities for getting behind greater efficiencies, Cavanaugh said further great advances in efficiency are all but inevitable.

Can the trend continue?

Efficiency advocates have expressed concern that as the easiest and cheapest efficiency solutions — the “low-hanging fruit” — are adopted, further gains will be more difficult and costly.

Cavanagh, however, disputes that assessment.

“There’s no evidence that it’s becoming more expensive,” he said. “As technology becomes less expensive, there should be spinoff benefits for efficiency.”

McKinsey & Co., a global management-consulting firm, has estimated that further efficiencies could squeeze another 23 percent from energy consumption in the U.S.

The biggest efficiency gains are embodied in new cars, new buildings, new refrigerators, Cavanagh said. As less-efficient machines are thrown out, and replaced with new and more efficient ones, further savings result.

“All the new stuff is an energy-efficiency opportunity,” he said.

However, energy savings have followed in the wake of policies like higher vehicle mileage requirements, and more efficiency-promoting policies are indispensable, Cavanagh said.

The efficiencies to date have been achieved “without our trying very hard. The interesting question is, ‘What would happen if we tried harder?'”