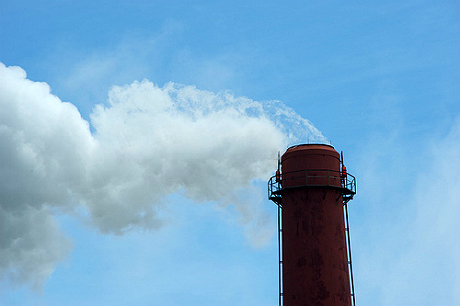 The Supreme Court on Tuesday decided to review whether U.S. EPA’s greenhouse gas regulations for motor vehicles should have triggered permitting requirements for stationary sources of carbon pollution.

Justices granted six of nine petitions asking the court to review a June 2012 appellate court ruling that upheld a suite of EPA greenhouse gas regulations. The court will not consider other issues, such as whether greenhouse gases endanger public health or the emissions standards for vehicles, instead limiting the case to EPA’s decision that its “tailpipe” rules triggered Prevention of Significant Deterioration, or PSD, permitting for stationary sources.

That permit requirement is important, said Jeff Holmstead, a former EPA air chief, because it is costly for industry and can delay construction.

“It would be a pretty big deal” if the court ruled against EPA, said Holmstead, who now represents industry for Bracewell & Giuliani but is not involved in the case. “It would certainly eliminate a lot of red tape and paperwork.”

And some industry lawyers hold open the possibility that the court might hand them a significant victory by throwing out EPA’s entire greenhouse gas regulatory regime for stationary sources.

“We can only read tea leaves into the few words that the court has put into the order,” said Roger Martella of Sidley Austin LLP, who represents the American Chemistry Council, a litigant in the case. “I think it clearly puts on the table questions about EPA’s authority to regulate greenhouse gases from stationary sources.”

The case will be one of the most high-profile environmental issues at the court this year. It centers on EPA’s interpretation of the Clean Air Act after it issued the vehicle rules.

Under the statute, such regulation of a pollutant triggers PSD permitting for stationary sources. Permits typically require control technologies to be installed or other measures to limit pollutant emissions.

After EPA issued the auto rules, the agency said they triggered the stationary source permit requirement.

The court will weigh “whether EPA permissably determined” that the vehicle rules “trigered permitting requirements” for stationary sources.

One issue that could come up is the impact of that trigger. EPA quickly realized that such a requirement would lead to the “absurd” result of requiring thousands of previously uncovered facilities to obtain a PSD permit. To address the problem, EPA then issued its “tailoring” rule, which phased in when and which sources would need the permit.

Another issue, Holmstead said, is whether EPA could have made a different interpretation — such as not requiring a PSD permit for greenhouse gases — that didn’t lead to so-called absurd results.

Justices will not consider other important elements of EPA’s greenhouse gas program that were also challenged by industry groups and several states, including whether greenhouse gases endanger public health and the emissions standards for cars and light-duty trucks.

Environmentalists and public health advocates applauded that decision as a “huge victory,” noting that the court implicitly upheld EPA’s initial regulations by declining to take up those issues.

“We are really pleased that the court has made clear that EPA has the authority to regulate carbon pollution,” said Pamela Campos of the Environmental Defense Fund.

Campos said the endangerment finding and light-duty auto rules are now “off the table” from industry challenges.

The court granted petitions on the issue from the American Chemistry Council, the U.S. Chamber of Commerce, the Utility Air Regulatory Group, Energy-Intensive Manufacturers, the Southeastern Legal Foundation and Texas, representing several states. It denied petitions from the Pacific Legal Foundation, the Coalition for Responsible Regulation and Virginia, also representing multiple states.

They had all asked the court to take up various aspects of EPA’s greenhouse gas program, mostly citing the economic burden created by the rules. Some called on the court to re-examine its landmark 2007 decision in Massachusetts v. EPA that held EPA must regulate greenhouse gases as hazardous pollutants under the Clean Air Act.

A three-judge panel of the U.S. Court of Appeals for the District of Columbia Circuit unanimously upheld EPA’s rules in June 2012, including the agency’s endangerment finding. The judges also rebuffed industry challenges to EPA’s tailpipe rule for auto emissions as well as its rules that lay out when and how greenhouse gas standards apply to stationary sources (Greenwire, June 26, 2012).

But Thomas Lorenzen, a former assistant chief of the Department of Justice’s Environment and Natural Resources Division, said the court’s decision to review a narrow question will not limit EPA’s ability to move forward with New Source Performance Standards for new and existing power plants because PSD permiting authority is a separate part of the Clean Air Act.

Industry representatives and environmentalists alike say that by refusing to hear challenges to the agency’s endangerment finding, the court has upheld the foundation of EPA’s greenhouse gas rules.

But they part ways on what the effect might be if the Supreme Court rules against EPA on the triggering issue.

Martella of Sidley Austin said the court could grant industry a broad victory against EPA, a narrow one or no victory at all.

“There are a wide range of outcomes that are possible,” he said.

Throwing out the triggering rule could potentially affect EPA’s ability to finalize its new proposal for carbon dioxide emissions from future power plants or to craft one for today’s fleet, he said.

But most other observers said the effects of a decision in favor of the litigants would be far less significant.

The fact that EPA has those rules for new and existing power plants in the pipeline also might limit the impact of the court’s decision to knock down the PSD rule, Lorenzen said, because most of the sources that emit threshold levels of carbon dioxide are power plants and would be regulated under the NSPS standards.

But it might require the agency to complete an endangerment finding for that source category, in this case power plants, he said.

“This is a very narrow grant,” Lorenzen said.

Linda Stuntz, an energy attorney at Stuntz, Davis & Staffier PC, agreed that EPA might need to complete a separate endangerment finding before moving ahead with the NSPS rules for power plants.

“Presumably it could do that, and presumably it would be ready to do that quickly, but it would have to go back and do that,” she said. She added that it would be likely the new endangerment finding would hold up in court and that the added regulatory hurdle would not grant facilities an exemption from future greenhouse gas rules, but she said it could “cast doubt” on EPA’s process at a time when it is writing NSPS rules.

David Doniger of the Natural Resources Defense Council called the triggering issue a “sidecar” issue. EPA shouldn’t have to issue a separate endangerment finding for individual source categories, he added, but if it needs to, it already has done that. Last month’s proposal for new power plant emissions included a reaffirmation of the science cited in the original endangerment finding, he noted.

“That’s not going to be an obstacle,” he said.

In the “worst case” scenario that the court did decide to invalidate the PSD requirements for large emitters of carbon dioxide, that might benefit a handful of nonutility sources, he said.

But the decision would have no impact on EPA’s ability to “move forward with perfect confidence” on efforts to rein in carbon emissions from power plants, Doniger added.