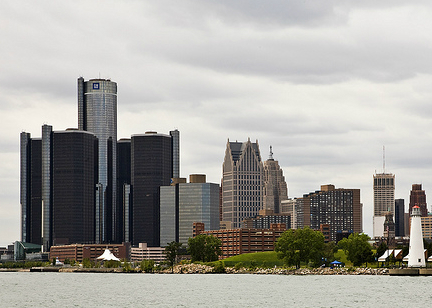 A unique clean-energy financing program in Michigan has expanded in size to serve nearly 1.5 million residents, and is poised to add the state’s most populous county.

PACE programs enable property owners to finance efficiency upgrades and other energy improvements through a property tax assessment — meaning the debt stays with the property, rather than the owner, an arrangement that provides greater security for lenders.

While Michigan has allowed PACE financing since 2010, few jurisdictions have the resources or expertise to administer the programs — so far, Ann Arbor is the only city to set up a district on its own.

Levin says Lean & Green deals are funded through private-equity and bank partners, creating an “open market for all manner of private capital,” as he called it.

Partners in the initiative include Johnson Controls, Lockheed Martin and Wells Fargo.

Under the program, an owner completes an energy audit, and then a lender underwrites the project. The third-party administrator reviews the owner proposal and, upon approval, the lender funds the project. Levin said entities such as banks, credit unions and private-equity firms finance the improvements, depending on the situation, although ultimately the property owner foots the bill.

The first to sign on was the city of Southfield, a Detroit suburb, in June 2012. Ingham County, which includes Lansing, and the Detroit suburb of Rochester Hills joined later.

The next jurisdiction to join the program, according to a news release from Levin, will be Wayne County, which includes Detroit and its southern and western suburbs — a population of nearly 1.8 million people.

Levin says Wayne County will vote on whether to formalize the arrangement in the coming weeks.

“We are saving energy, reducing carbon emissions, reducing the need for fossil fuels, all together, to adding new renewable energy-generating capacity,” Levin told Midwest Energy News in April. “You have improved the business climate because you have this green thing going on in a market kind of way.”