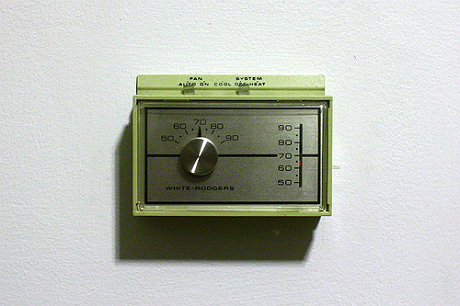 (Photo by bikesandwich via Creative Commons)

Energy efficiency is a notoriously difficult resource to track. Measuring energy not used in a home, a commercial building or across the economy often requires a range of assumptions and a variety of models — techniques that are sometimes criticized for being too generous or too complicated.

Depending on the assumptions, we can come to all kinds of conclusions about the effectiveness of efficiency.

One recent study from ACEEE showed that energy efficiency has played a far more important role in delivering economic services than energy production over the last 40 years. But when looking at the overall efficiency of America’s economy, we’re still wasting about 61 percent of all energy produced. That represents a decline in economy-wide productivity over the last decade because researchers made more realistic calculations about the efficiency of our transportation and heating and cooling sectors.

As it turns out, tracking investment levels in the sector is also pretty difficult.

Last week, the International Energy Agency put out a report on efficiency, concluding that global investment levels had reached $300 billion in 2011. The agency factored in public-sector spending, private-sector project development and spending within multilateral banks.

Taken on its own, this seems like a reasonable estimate. But it’s completely different from other recent estimates.

For example, the above-mentioned ACEEE study found that U.S. investments in efficiency amounted to $574 billion across the entire economy in 2010. This figure is much higher than IEA’s estimates because it factors in almost all new equipment purchases, whether or not they were made for explicit efficiency reasons.

This raises the question: should we calculate efficiency based on natural, incremental improvements or only focus on investments explicitly for energy productivity reasons?

“The energy efficiency components of investment are frequently not discernable from business-as-usual infrastructure and consumer investment,” concluded IEA in its report.

On the other end of the spectrum, Bloomberg New Energy Finance (BNEF) reported that global efficiency investments (lumped in with smart grid technologies and electric vehicles) only amounted to $18.8 billion in 2012. This is because BNEF is only tracking project finance, venture capital and public-sector trading. This substantially lowers the overall numbers for investment flow, but it’s also a much more targeted way of looking at activity in the sector.

Expanding beyond this limited scope requires an understanding of what organizations are tracking. Here’s what IEA looked at in its latest report when calculating the flow of money into efficiency:

• The avoided demand for energy, or energy savings, delivered as a result of these investments: generally measured in the units of energy avoided, such as million tons of oil equivalent (Mtoe), megawatt hour (MWh) or tons of oil.

Putting all of these factors together isn’t easy, particularly when factoring in units of energy avoided. And IEA admits to those limitations.

“A comprehensive overview of market activity is complicated by the challenges associated with quantifying the components of the market and the paucity of comparable reported data,” wrote IEA. “Accurate data and information for each metric are not always available or sufficiently comprehensive.”

Using IT to connect commuters with public transportation, make driving routes more targeted, or more efficiently sell goods and services is now playing a major role in boosting energy productivity. But it’s also extraordinarily difficult to calculate the exact monetary role IT plays in efficiency — particularly when those technologies are being used for non-efficiency reasons as well.

So if you find confused about reports on efficiency that come to completely different conclusions, you’re not alone. Even the researchers writing the reports know the numbers can be quite squishy.