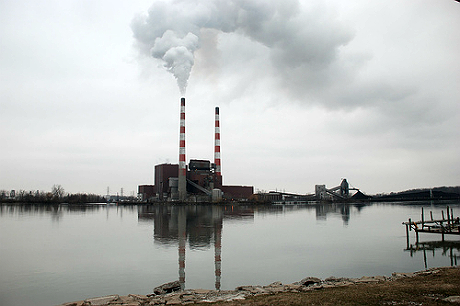 With the U.S. EPA now more than four years into the process of developing regulations for coal ash, a Michigan environmental group says an ongoing lack of oversight raises serious safety questions.

In a report released today, Clean Water Action highlights 29 coal ash disposal sites in Michigan. Of those, 12 are known to be contaminated or “likely contaminated” with toxins including arsenic, lead and mercury. An additional six sites where ash has been historically disposed are classified as contaminated brownfields by the state.

The report, Toxic Trash Exposed, also notes that all 29 of those sites are on or near water supplies, with 19 of those within five miles of a Great Lakes shoreline.

In March 2009, a few months after a dam rupture in Tennessee released more than 1 billion tons of coal slurry, the EPA began drafting rules to regulate coal ash disposal. In response to a lawsuit by environmental groups over the long delay, a federal judge on Tuesday ordered the EPA to come up with a timeline for finalizing the ash rules within 60 days.

Meanwhile, existing state regulations are outdated and falling short, according to the report.

Clean Water Fund says the 1.7 million tons of coal ash produced each year in Michigan should be stored in lined landfills that are routinely monitored for water quality. Currently, the state allows coal ash to be disposed of in dry landfills, most of which are unlined or lined only with clay, or wet storage ponds.

And while the landfills are overseen by the state’s solid waste department, the storage ponds are completely unregulated. This means there is no information as to whether these sites are contaminating nearby water supplies.

The report singles out as an example the Trenton Channel power plant in suburban Detroit, with storage ponds near the banks of the Detroit River, which flows into Lake Erie. The plant was the site of an accident earlier this year that released a cloud of fly ash into nearby neighborhoods.

The storage ponds are also not routinely inspected by the EPA for structural integrity, the report notes, and two that have are classified as a “significant hazard” that threaten Lake Erie if there is a release. A bluff collapse at a Wisconsin coal plant in 2011 dumped coal, ash and other materials into Lake Michigan.

The report also criticizes the practice of reusing coal ash as fill in construction and road projects. Michigan law allows “unencapsulated” use of coal ash as long as it is more than four feet from the water table and covered with an impermeable surface (such as a roadway).

Clean Water Action says those provisions offer “no real safeguards for human health,” noting that there is no way to know if contaminants from the ash are leaching into water supplies.

These uses are distinguished from “encapsulated” uses of coal ash in cement, drywall or other materials, which the report says are generally “thought to be less harmful.” The utility-backed American Coal Ash Association says these applications can save energy and carbon emissions compared to using virgin materials.

For its part, the ACAA acknowledges the presence of heavy metals in coal ash, but says they are in concentrations low enough to not be harmful to human health. The group supports a bill, passed earlier this year by the U.S. House, that would leave coal ash regulation up to the states.

Clean Water Action, however, says several of the Michigan ash sites have exceeded EPA levels for some toxins, and the federal bill would be inadequate to protect human health.

“Instead of allowing EPA to set science- and health-based standards,” the report notes, “the proposed legislation would continue to rely on the weak patchwork of ineffective state laws that provide few safeguards to protect communities from harmful coal ash pollution.”