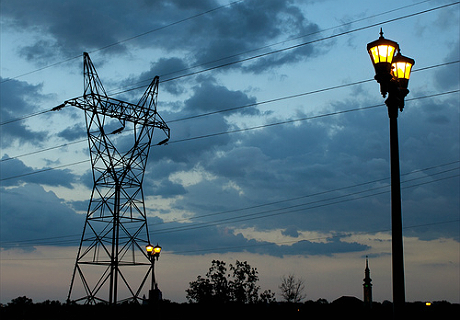 Utilities face a flurry of threats to their business model, from rising expectations and falling sales to new competition and aging infrastructure.

Bill Grant, Minnesota’s Deputy Commissioner for Energy, summarized the pressures in his opening remarks Friday at a policy forum in St. Paul called “The Future of Minnesota’s Electric Utilities,” organized by the Environmental Initiative, a Twin Cities nonprofit organization.

For decades, utilities have operated by borrowing money to built new power plants, transmission lines and other infrastructure to meet society’s constantly growing demand for electricity, the sales of which paid down the debt and eventually turned to profit.

A wrench has been thrown in that once reliable pattern, though.

Ever since the start of the Great Recession, utilities have been selling less electricity. Even as the economy recovers, electricity demand isn’t rebounding, a sign that utilities’ and customers’ energy efficiency investments could be paying off.

Meanwhile, utilities’ costs aren’t going down. They still have debt to pay, repairs to make, and things to build. In fact, costs are often going up due to a combination of aging infrastructure, new environmental regulations and changing expectations.

Under the current model, utilities have few options besides increasing rates. Those higher rates then give customers greater incentive to lower their use through efficiency projects or solar panels, which further cuts into utilities’ sales.

“There’s a real threat of creating a death spiral if the current model persists,” Grant said.

State regulators have an obligation to help utilities find an economically sustainable path forward because of the critical role electricity plays in society, Grant said.

“We’re not talking about the provision of a service that is optional for consumers. We regard electricity and … natural gas as required services. These aren’t optional,” Grant said.

Lena Hansen, a principal with the Rocky Mountain Institute, next shared some of the ideas emerging from the institute’s Next-Generation Utility Initiative.

The bad news? “This is a topic for which there are no obvious paths or answers,” Hansen said. The good news? “Thinking about the utility of the future can actually be an exciting conversation.”

Hansen said the conversation starts with what functions society wants utilities to provide in the future. Then the questions become how much they should be compensated for those services, and how to spread the costs fairly across all customers.

One concept she shared was the utility-as-a-platform, in which the utility earns revenue for playing a critical role in coordinating a market for electricity, similar to the role iTunes plays in the music business, helping producers and customers buy and sell songs.

Germany’s second-largest utility took a step in this direction last month when it announced it will abandon its current business model and instead position itself as an enabler, operator and integrator of renewable energy.

A panel session featuring four utility representatives mostly focused on their companies’ recent investments in renewables and efficiency, and the role of coal-burning power plants.

Rick Lancaster, vice president of generation for Great River Energy, said the company is concerned about stranded costs associated with its coal-burning power plants, which is why it has accelerated depreciation on the plants.

“Just because we’ve paid off our mortgage on the house doesn’t mean that we’re going to move out,” Lancaster added, noting that Great River Energy has no plans to phase out coal power.

“We will be keeping coal in our fleet for the foreseeable future,” Hodnik said.

Winning the future for utilities may require learning to use coal differently than operators are used to, though, said Steve Beuning, director of market operations for Xcel Energy.

Beuning spoke about how improvements in wind forecasting and the region’s transmission market have made wind power increasingly competitive with baseload generation sources such as coal.

Stopping and starting a coal-burning power plant increases operation and maintenance costs, just like a taxi cab uses more fuel and wears down its brake pads faster in start-and-stop traffic.

“I don’t personally have a lot of sympathy for that,” Beuning said. “This is a competitive-pressure, wholesale energy market. The most successful utilities will be the ones that identify those operating and maintenance challenges at their coal plants, understand best how to cycle those coal plants in response to the wholesale competition that’s out there, and manage that instead of complain about it.”

Mike Bull, a former state energy office official and Xcel policy manager who now directs policy and communications for the nonprofit Center for Energy and Environment, said utilities deserve credit for helping Minnesota meet some ambitious policy goals over the last 10 to 15 years.

Many of those policies included adjustments to account for the utility business model, such as special financial incentives, Bull said.

“I want to make sure our utility friends don’t freak out,” Bull added. “We will work with them over the next several years to design policies and a business model that keeps them financial healthy by meeting our public policy needs.”

The Center for Energy and Environment is a member of RE-AMP, which also publishes Midwest Energy News.