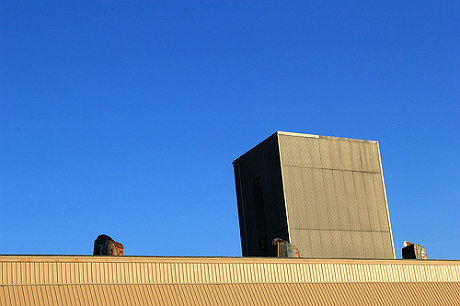 Utility-run efficiency programs have led to reduced energy use by homeowners and other energy customers — as well as lower rates — but some industries want out of the programs.

In Ohio, at the behest of a large number of the state’s industries, lawmakers are considering a bill that would, among other provisions, allow industries to stop participating in efficiency programs of any kind.

In Illinois, a group of large industries has asked Commonwealth Edison to create a pilot program that would allow certain industrial customers to put their efficiency payments into an escrow account, and to use the funds to pay for their own, self-directed efficiency initiatives. Typically, utility customers are required to pay into a fund that finances efficiency improvements throughout the utility’s service area.

And in October, a group of a half-dozen industries failed to persuade the Iowa Utilities Board to exempt them from the efficiency program run by Interstate Power & Light.

The Iowa industries sought an “opt out,” meaning they wouldn’t have to pay for the utility’s efficiency program, and wouldn’t be required to invest in any efficiency efforts on their own, either.

The board told them if they wish to do an end-run around the utility efficiency program, they’ll have to get the legislature’s permission, according to Nathaniel Baer, energy program director for the Iowa Environmental Council, which objected to the industries’ request.

“The question now is whether these industries will go to the legislature with a proposal,” Baer said. “We’ll be watching closely.”

Industries a key source of revenue

The industries also pursued an opt-out in 2007, according to Baer, and the utilities board at that time told them to bring it before the legislature. Thus far, he said, they haven’t.

The industries’ goal is to cut costs. All utility customers pay a small surcharge on their bill, typically about 1 percent, to support utility efficiency programs. And since industrial customers purchase about 31 percent of electricity nationwide, according to the State & Local Energy Efficiency Action Network, their contribution to utility-run efficiency programs is substantial.

Industrial “opt-out,” as it’s known, “really threatens these (utility-run efficiency) programs because they take a lot of revenue with them,” Baer explained.

In Illinois, the state’s commerce commission now is considering a proposal by a group calling itself Illinois Industrial Energy Consumers.

“We’re in the middle of responding to their proposal,” said Rebecca Stanfield, the Chicago-based deputy director for policy for the Natural Resources Defense Council. Ensuring that energy actually is being saved in a self-directed efficiency program is “essential to us,” she said.

“There’s no guarantee whatsoever that they’ll do any energy efficiency,” he said.

A study by the American Council for an Energy-Efficient Economy bears out that skepticism. In a 2011 paper, Follow the Leaders: Improving Large Customer Self-Direct Programs, author Anna Chittum reviewed opt-out and self-direct programs in 22 of the 24 states that now have them.

“Some have emerged as highly effective resource acquisition programs, while others have not captured any measureable energy efficiency.”

Seven states do not require industries to make any efficiency efforts at all. The NRDC’s Stanfield says Missouri’s policy is especially troubling. The state’s renewable energy mandate, known as the Missouri Energy Efficiency Investment Act, was passed in 2009 and allows industries meeting certain thresholds to opt not to make efficiency payments to their utilities, thereby depriving those efficiency programs of much revenue.

The law essentially permits many of the state’s industries “to do whatever they want” where energy efficiency is concerned, according to Stanfield.

In 2009, Ohio began to permit its larger industries to make self-directed efficiency improvements, rather than participating in utility-run programs. The programs have worked well, garnering approval even from a number of industries, according to Nolan Moser, director of air and energy programs for the Ohio Environmental Council.

He’s concerned about the changes a bill currently under consideration could bring.

“We could go from a working self-direct program to one that is really bad,” he said. Although many industries in the state support and take part in energy saving, another group of industries, along with the utility FirstEnergy, is working hard to get out from under and efficiency mandates.

“First they got the self-direct,” Moser said. “Now they want to go the free-rider route.”

The wholesale cost of electricity is what a utility has to pay for power. It accounts for roughly 60 percent of a customer’s bill, with the remaining 40 percent reflecting the costs of administration, transmission, distribution, taxes and other expenses.

Most utilities draw power from a wide range of sources, at a wide variety of prices. That mix is constantly changing, depending on how much power a utility must deliver, and where power is available. Lower demand means a utility can forego purchasing more costly power, bringing down the wholesale price for all of its customers.

A reduction in the cost of wholesale power “is a huge benefit to all customers,” Moser said. And a customer that doesn’t try to reduce energy use “shouldn’t benefit from the program. They’re free riders. The thing to watch out for is when industrials take the benefits of energy efficiency, like lower prices, but don’t pay for them. You don’t get something for nothing.”

But industries that object to being part of utility-sponsored efficiency programs have their reasons, including that:

And yet, many industries are on board with energy efficiency, and see it as serving their own interests.

Stanfield said, “The smarter industries are waking up to the fact that that this benefits them more than it costs them.”