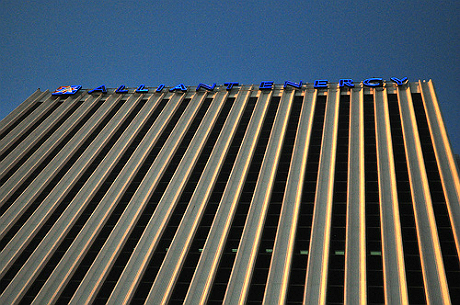 Although an Iowa utility’s new five-year plan will add some potentially effective tools to its efficiency toolkit, critics worry that the target has been set low enough that the utility has little incentive to market those options.

Alliant Energy, which does business in Iowa through its subsidary, Interstate Power and Light, is making some substantial additions to its suite of efficiency benefits. It will significantly expand subsidies for purchases of LED light bulbs, and will for the first time provide benefits to customers that invest in combined heat and power facilities.

But since the state’s utility regulator is requiring Alliant to reduce electricity sales by only about 1.1 percent annually for the next five years, some people wonder how hard the company will strive to get customers to reduce their energy use.

“What’s important is the effort” that goes into getting customers to take advantage of the new benefits, said Josh Mandelbaum, a staff attorney in Des Moines for the Environmental Law and Policy Center.

Goals set too low, he said, tend to result in only half-hearted outreach and marketing efforts.

The Iowa Utilities Board on Monday approved the utility’s latest five-year efficiency plan that is to take effect on Jan. 1.

Among the bright spots, according to Nathaniel Baer, energy program director for the Iowa Environmental Council, is a change in the lighting program. Alliant now subsidizes primarily the purchase of CFLs, with only 2 percent of subsidized bulbs required to be more-efficient LED bulbs. Under the plan just approved, that ratio will increase to 10 percent in 2014, and may go higher in succeeding years.

Also under the new rules, industrial and commercial customers will have stronger incentives to generate heat and electricity simultaneously, using one fuel source, a process known as combined heat and power.

The utilities board also refused to exempt a group of Iowa industries from participating in Alliant’s efficiency program. The industrial customers want to be relieved of paying a small surcharge on their bills that supports the system-wide efficiency benefits, and promised that they would make efficiency improvements on their own – an arrangement that often doesn’t result in actual energy savings.

“That’s a significant outcome,” Baer said, noting that industrial customers overall account for about half of Alliant’s electricity sales. If all of them were to opt out of paying into the efficiency program, he said, “It would really gut the program.”

Baer and Mandelbaum endorsed other pieces of the new efficiency plan: the introduction of a “behavioral” strategy, aimed at reducing energy use by, for example, letting customers know how much – or how little – energy their neighbors are using. The new plan also calls for Alliant to study ways to reduce energy use in the state’s growing data center industry.

By contrast, they were dismayed that the state regulator decided to permit Alliant to terminate a subsidy to reduce the cost of installing on-site renewables – primarily solar. Alliant said the program was little-used, while Mandelbaum and Baer said that the program has, in fact, gained traction in the past year or so.

But far and away, they said, the weightiest issue is what they see as the modest goal that Alliant is required to meet. The 1.1 percent annual goal is just slightly more than half of the reduction deemed possible and cost-efficient in a 2012 study funded by Alliant. The study, done by the Cadmus Group, estimated that Alliant could reduce electricity demand by about 2 percent annually for 10 years.

The ELPC and Iowa Environmental Council are members of RE-AMP, which also publishes Midwest Energy News.

An important question, according to Alliant spokesman Justin Foss, is what it would take to reduce power use by more than 1.1 percent annually. Efficiency plans cost money, which is collected from customers on their monthly bill. A higher goal could cost two to three times what the utility now spends to reduce energy consumption, he said.

Foss predicted that customers could object to the cost built into their electricity bills, or to the cost for the more-efficient products that are subsidized by the monthly efficiency surcharge.

Baer said that the 1.1 percent goal, although it’s slightly higher than the 1.05 percent goal for the efficiency plan that’s about to expire, seems particularly low in light of the fact that Alliant achieved a reduction of 1.4 percent in 2012, and has consistently hit 1.3 percent annual reductions in recent years.

In its ruling, the Iowa Utilities Board pointed out that the goal is not a ceiling. Alliant is free to exceed the goal – and has done so several times in the recent past.

To Mandelbaum, Alliant’s history of exceeding its efficiency goals suggests that the goals have been set too low. How much harder would the utility try, and how much more efficiency could they gain, he wonders, if their goals were set higher?

Since it launched its efficiency program in 1999, Foss said, Alliant has helped its customers avoid using 1.6 billion kilowatts of power.

“We are trying very hard right now,” he said, “and we’ve had a good result. If you lived in Iowa, you’d see our advertising all over the place. We want to make customers aware, but the more we spend on marketing, the less we spend on rebates.”

Mandelbaum puts the cost of greater efficiency in the context of the cost of a new power plant: about $700 million for a natural gas-fired power plant that Alliant plans to begin building next year in Marshalltown.

“You should look at doing all the cost-effective efficiency you can, first.”