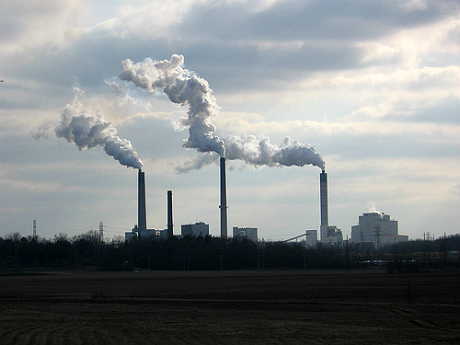 Members of the Federal Energy Regulatory Commission warned House members Thursday that energy reserves in the Midwest could be pinched the hardest when new U.S. EPA clean air rules take effect in 2016.

FERC Commissioner Philip Moeller (R) told the House Energy and Commerce Subcommittee on Energy and Power that the Midwest’s grid operator anticipates a shortfall in its power reserves in 2016 when EPA’s landmark mercury and air toxics standards take effect.

“Think about rolling blackouts the summer before a presidential election, it kind of shifts the national discussion,” Moeller said.

He said issues could also crop up in other parts of the country, including areas in the mid-Atlantic and New England. But the Midwest — a smaller system that relies heavily on coal, has transmission constraints and is undergoing a large number of retrofits — could be hit harder.

Cheryl LaFleur, a Democrat who President Obama tapped last month to lead the agency, agreed the rule could affect the Midwest.

“Over most of the country, MATS compliance is well under way,” LaFleur said. “The most significant issue will be in the Midwest.”

Thursday marked LaFleur’s first appearance before Congress as acting chairwoman of the agency following Jon Wellinghoff’s announcement that he was stepping down last month.

House Republicans keen on thwarting EPA’s clean air rules are watching grid reliability issues closely, and the Midcontinent Independent System Operator (MISO), which operates the grid in 11 Midwest states, has warned it could see a shortfall of up to 7 gigawatts of power in 2016 because of coal plants and one large nuclear plant closing.

Rep. Ed Whitfield (R-Ky.), the subcommittee’s chairman, asked whether EPA was watching the rules’ implementation closely enough. Whitfield, notably, has accused FERC in the past of failing to meet its responsibilities for protecting the country’s electric grid, and instead acquiescing to EPA when it came to MATS.

“They say they’re listening to us a lot, and sometimes we don’t think they are,” Whitfield said.

He also noted EPA had said less than 10 GW of the country’s coal-fired generation would retire under new rules by 2015, but already 50 GW have been announced for retirement because of EPA regulations and cheap gas.

But LaFleur said the EPA is “very engaged” and has attended every meeting the commission has held with state regulators and grid operators about implementing the rules. LaFleur, who has helped spearhead meetings with state regulators on EPA rules, also told reporters after the hearing it’s appropriate for FERC to have an advisory role in implementing the rules to ensure states have a voice.

Republican Rep. John Shimkus from nuclear-intensive Illinois, one of the states in MISO, said the United States needs to create incentives for base-load plants to ensure they continue to be built.

State regulators have expressed concern about the implementation of new carbon limits on the back of mercury and air toxics rules (Greenwire, Nov. 20).

FERC Commissioner John Norris (D) said questions surrounding when there will be a price on carbon, depressed gas prices and additional EPA rules have dampened construction of coal plants, and the country’s nuclear fleet is suffering from some of the same problems.

“It’s just too risky for investment in coal generation,” he said.

Rep. Morgan Griffith (R-Va.) asked whether the Obama administration had consulted FERC before releasing its climate plan. FERC commissioners said they were not contacted but noted the commission is an independent agency.