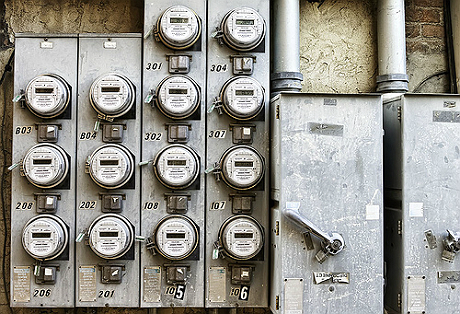 Starting in 2014, large commercial building owners in Minneapolis will be required to annually report data on their properties’ energy use to the city, which will make that information available to the public.

For many, meeting the requirement will be no big deal. Energy Star’s Portfolio Manager tool is already used to track energy consumption for about 40 percent of U.S. commercial building space.

But adding up energy use can be an administrative hassle for multi-tenant building owners, who may need signed waivers from every renter and manual calculations by their utility to reach a total.

The city of Minneapolis and the U.S. Department of Energy hope that won’t be the case for long.

The Energy Department kicked-off an Energy Data Accelerator program last week that consists of 16 regional partnerships between cities and utilities, including Minneapolis and Xcel Energy.

The goal is to come up with a set of tools and best practices for sharing energy use data with landlords, while still protecting the privacy of renters.

While some buildings have master meters that make it easy, many buildings may require some sleuthing and paperwork to identify and track all of the meters that feed into a property’s total energy use.

“I do think many of them will be in that situation,” said Brendon Slotterback, sustainability program coordinator for the city of Minneapolis, “so that’s why we thought this was so important to pursue, to make this easier for folks to benchmark their buildings.”

Over the next two years, the city and Xcel Energy plan to develop and refine a web-based tool that building owners will be able to use to look up data about their properties.

The specifics of how it works could depend in part on the outcome of an ongoing discussion at the Minnesota Public Utilities Commission about customer data privacy issues.

In January 2013, Xcel Energy asked state regulators for guidance on the minimum number of customers it could include in aggregated data reports without inadvertently infringing on privacy. (Docket #12-1344)

For example, a utility could probably share total building energy use data for a 50-tenant property without exposing any individual customer’s information. But what if a building has just two or three renters?

“[W]e expect issues of privacy to be triggered, as we consider the sufficient minimum level of aggregation for such reports, without informed customer consent,” Xcel Energy wrote in its January 2013 comments.

Other Midwest partnerships announced as part of the data accelerator program include Chicago and Commonwealth Edison, Columbus, Ohio, and AEP, and Kansas City and Kansas City Power & Light Company.

Lots of room for improvement

The city of Minneapolis last month issued its inaugural building energy benchmarking report, which for the first year included only publicly-owned buildings larger than 25,000 square feet.

Among the 102 buildings measured, the municipal water treatment and distribution campus was the most energy intensive building. The city’s recently constructed downtown library was one of the most efficient, and schools were among the best and worst performing buildings.

The Great Plains Institute issued a report in October that catalogs all of the Energy Star-certified buildings in the state of Minnesota.

“Energy Star has really come of age and is emerging as a national standard, and so it felt like the time was right to take a look at what’s happening in Minnesota,” said Amir Nadav, the report’s co-author.

The report found a mix of large and small and new and old buildings achieving certification, but the more consecutive years that a building had been certified, the higher its score tended to be.

Offices, K-12 schools and retail buildings accounted for 87 percent of the state’s Energy Star buildings. Ten other building types round out the remaining 13 percent, including grocery stores, hotels, and churches.

“Uptake on energy efficiency in buildings, based on what we publicly know, is pretty lumpy and there may be an opportunity for significant efficiency efforts in other sectors,” Nadav said.

The Minneapolis energy benchmarking law will make more data available, and it could help improve building efficiency without any added requirements. According to Energy Star, buildings that consistently track energy use save an average of 2.4 percent per year.