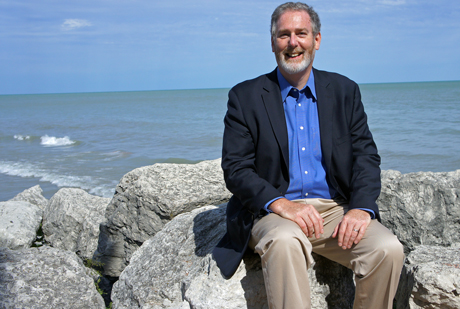 Howard Learner is the executive director of the Environmental Law & Policy Center in Chicago.

This week the U.S. Supreme Court heard oral arguments regarding the Cross-State Air Pollution Rule (CSAPR), which was struck down by a 2-1 decision by a panel of the U.S. Court of Appeals for the District of Columbia Circuit last year.

Two judges had ruled that the U.S. Environmental Protection Agency overstepped its bounds in ordering states to significantly reduce their air pollution because of the impact on neighboring states – namely the impact of Midwestern coal plant emissions on Eastern states. An evenly split 4-4 Supreme Court ruling on CSAPR – since Justice Samuel Alito recused himself – would mean the appeals court’s decision is upheld.

On the same day, the EPA defended its Mercury and Air Toxics Standards (MATS) in front of a three-judge panel in the U.S. Court of Appeals for the D.C. Circuit. The court is expected to look more favorably on the MATS rule than it did upon CSAPR last year, and a decision is expected within several months.

We talked with Howard Learner, executive director of the Environmental Law and Policy Center, about the significance of the arguments and his predictions about the outcome (the ELPC is a member of RE-AMP, which also publishes Midwest Energy News).

Midwest Energy News: How did you feel about the oral arguments on CSAPR, and how do you think the Supreme Court will ultimately rule?

Learner: Forecasting Supreme Court decisions based on oral arguments can be hazardous to one’s health, but there are some directional indications here in light of precedents and the overall case before the court. I think the Supreme Court Justices seemed to be impressed with the analogies that the deputy solicitor general was presenting on behalf of the EPA.

When we’re dealing with ozone problems in the eastern states and the physical reality that pollution moves across state lines, it is difficult to determine exactly how much of the pollution, for example, affecting New Jersey’s airshed came from New Jersey sources versus Ohio sources versus Missouri sources. The EPA came up with its reasoned judgment about how to allocate responsibility among the states. Supreme Court precedent has accorded the EPA considerable respect for and deference to its scientific and technical expertise and judgment.

Look for a potential 6-2 decision in which the Justices would uphold the EPA’s CSAPR standards, based on leanings from the Justices’ questions and case law precedents.

What do you think of the industry argument that under CSAPR an upwind state could be forced to reduce its emissions more than the amount it is contributing to downwind states?

The difficulty here is that we’re dealing with a physicality problem – pollution moves in the atmosphere and doesn’t stay strictly within state lines. Air over New Jersey is being affected by pollution from upwind states.

There’s no way to perfectly allocate responsibility for pollution among the states, and there are different reasonable approaches. The question isn’t whether the agency’s approach is perfect, it’s whether among competing approaches, the agency is within the zone of reasonableness.

Some of the Justices seemed to recognize that in order to protect public health, the EPA has to have some room to reasonably interpret broad statutory terms such as “substantial contribution.” There was an indication that at least a majority of the Justices seem to be viewing the agency’s approach to be within the zone of reasonableness.

Do you think cost should be considered in demanding emissions reductions from different states?

There’s no one-size-fits-all approach. Some parts of the Clean Air Act consider cost and some don’t. The section dealing with non-attainment for ozone transport and “substantial contribution” does include a benefit-cost element. By contrast, sections dealing with mercury and air toxics don’t really require consideration of costs.

The pre-eminent goal of the Clean Air Act is to protect public health and remove endangerments. In the parts of the Act dealing with toxic air emissions that have very serious impacts on public health, cost is not a pre-eminent consideration.

What the EPA is attempting to do is look to those places, such as ozone transport, where it’s most cost-effective to reduce emissions. So for those who are concerned with economics and cost, the EPA’s approach is very effective. Some of the states challenging the ozone transport rules are essentially arguing that cost should not be a pre-eminent part of the decision.

What do you think of the MATS hearing before the appeals court, and do you think the court will uphold that rule?

The MATS case is different than CSAPR. First of all it’s before the DC Circuit Court of Appeals, not the Supreme Court, and it has a cluttered history. The EPA went through an extensive notice and comment rule-making period, issuing a draft rule, getting comments from many groups and, indeed, after moving to finalize the rule, then took it back and tweaked it in early 2013 to adjust for some particular concerns raised by some industry groups.

Keep in mind that industry is divided on this one. Some companies that own coal plants are strongly opposing these standards. There are other energy companies that own coal plants that have already installed mercury pollution reduction equipment and they’d like to see a level playing field of everyone complying so they don’t face a competitive disadvantage. The natural gas and nuclear industry have generally been supportive of the MATS as they see a competitive advantage to be gained.

There comes a time for finality, predictability and consistency for how mercury and other air toxic pollution are to be reduced by coal plants and others by installing modern pollution control technologies. The mercury standards have been battered about for a number of years. The EPA has devoted considerable scientific and technical analysis to these public health rules.

The challenges brought by industry are somewhat arcane. The fact is some of the critics don’t want the rules altogether, while some others want them tweaked or skewed in their favor.

The Supreme Court’s opinion in American Electric Power vs. Connecticut (2009) recognizes the EPA’s scientific and technical expertise to which courts should defer in reasonable cases. Reading the tea leaves here and reading what was said in oral arguments, there seems to be at least some inclination among the judges on the D.C. Circuit that they recognize that this mercury pollution standards case is appropriate for deferring to the agency’s expertise.

If MATS and CSAPR are upheld, what will that mean for coal plants in the Midwest?

If the CSAPR and MATS standards are upheld by the courts, that will clearly force many Midwestern coal plant owners to invest in more modern pollution control equipment and further retrofit their plants in order to achieve cleaner air. That will affect the ongoing economic viability of some of the coal plants in the highly competitive power markets in the Midwest. Some of the owners will choose to invest in modern pollution control equipment and be part of the solution, and some will choose to shut down the plants because of the market economics — they’ll conclude it’s not worth throwing good money after bad.

What does the situation with MATS and CSAPR say about the regulatory and political climate now compared to the Bush years when the predecessor to CSAPR was struck down by the D.C. Circuit federal appeals court because it was too lenient?

There have been attempts in Congress by some to improve the Clean Air Act standards and others to weaken its standards. Since 1990, however, the Act has not been amended in any serious way.

We live in a divided country when it comes to overheated partisan politics. President Obama was elected by a significant margin in 2012, and elections have consequences. During the campaign, some industry opponents blasted President Obama for his so-called “war on coal” – a misnomer – but they lost.

The EPA is now moving forward with long-delayed Clean Air Act standards that were called for by legislation passed by Congress in 1977 and 1990. The courts will, hopefully, now confirm the EPA’s authority to issue these standards.

How would CSAPR and MATS play out in Illinois, given that Illinois has its own rules and agreements with the major power companies mandating stricter reductions in mercury and other pollutants?

However, Midwest Generation and Ameren (now Dynegy) have been given waivers of part of Illinois clean air interstate standards for sulfur dioxide and nitrogen oxide. The implementation of CSAPR is thus very important.

What will happen if the Supreme Court does not reinstate CSAPR?

Until CSAPR is reinstated in some form, then the Clean Air Interstate Rule (the Bush-era standards) will continue to apply. Presumably if the Supreme Court were to uphold the (appeals court decision shooting down CSAPR), it would do it in a way that provides guidance to the EPA. The Court would say what’s wrong here and needs to be fixed.

How would you feel if that happened?

There really does come a time for predictability and finality.

The Clean Air Act was passed by Congress many years ago, and its implementation has been long delayed while public health harms continue. Sooner or later these public health protections should be moved forward.

This transcript was lightly edited for clarity and brevity.