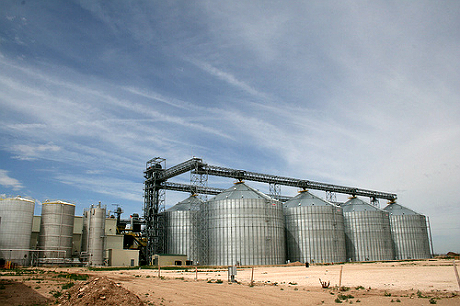 If you’re sitting on oil, there’s no better time than now to get it out of the ground.

That’s the signal U.S. biofuel policies send to oil companies, according to an Australian researcher.

Quentin Grafton, a public policy professor at the Australian National University, makes a claim in a new paper that U.S. biofuels subsidies have actually pushed oil production higher over the last 30 years.

The explanation is that oil companies have anticipated subsidies making biofuels increasingly competitive, and so they’ve accelerated production to sell as much as possible before they further affect fuel prices.

“The evidence is, in my opinion, based on what we found, is a slam dunk,” Grafton said in an interview.

Grafton analyzed price and production data for crude oil, biofuels and gasoline between 1981 and 2011. He excluded unconventional oil production from Texas’ Eagle Ford formation and the North Dakota Bakken in 2010 and 2011.

It’s what’s known as a Green Paradox, a term coined by German economist Hans-Werner Sinn to describe the short-term reaction by polluting industries to environmental policies that are phased in over a long period of time.

That’s because many climate scientists believe that dramatically reducing emissions over the next few decades is essential to avoid crossing a global climate tipping point.

In the case of ethanol, Grafton’s research is less conclusive but strongly suggests the oil industry’s response to biofuel subsidies is overwhelming any carbon benefits biofuels may offer.

Grafton cites other research that says producing and burning a gallon of ethanol instead of a gallon of gasoline, including land-use changes, results in about a 13 percent reduction in greenhouse emissions.

He calculates that in order to cancel out the carbon emissions from increased oil production, biofuels need an emissions advantage of at least 26 percent.

“These results indicate that subsidies for first generation biofuels, which yield a low level of per unit CO2 emission reduction compared to fossil fuels, might have contributed to additional net CO2 emissions over the study period,” the paper says.

Grafton’s paper was published in the December edition of the journal Energy Policy.

The blame isn’t necessarily with biofuel producers, but with perhaps well-intentioned policies that failed to take into account how the oil industry would react to biofuel subsidies.

“It’s something that you would think would be good for the environment. On a one-to-one substitution basis, it does reduce emissions. But if you take in the bigger picture of what implications it has for the fossil fuel sector, it actually does the opposite,” Grafton said. “The effect is not large in the grand scheme of things, but it’s a contributing factor to, in our view, increased CO2 emissions.”

There are other reasons for policymakers to support biofuels, such as energy security and economic development, but if carbon emissions are a top concern, it’s time to reevaluate their impact, Grafton said.

“Any country, region or state that’s providing subsidies for biofuels needs to serious consider what they’re doing and what the impact is in the context of the Green Paradox,” Grafton said. “Do the sort of study we’ve just done and see whether in fact you are going to get any gains, and if you’re not, you have to ask yourself, why are you doing it?”