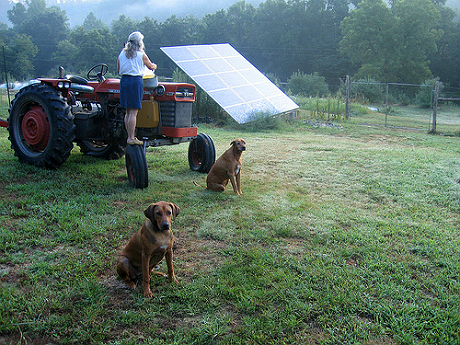 A rebate program intended to make solar power more attractive in coal-dependent Missouri has become a victim of its own success.

Authorized by a ballot initiative in 2008, the $2-a-watt rebates became a powerful incentive. Together with falling equipment prices and the federal production tax credit, the rebates put rooftop solar systems within reach of thousands of consumers who couldn’t otherwise afford them.

But an end-of-the-year rush to qualify for rebates has exhausted most of the $175 million of funds available in the state, leaving a backlog of millions of dollars of applications and an uncertain future for the state’s nascent solar industry.

The expiration of solar rebates has renewable energy advocates in Missouri scrambling as the state Legislature kicks off a new session and raises a thorny policy question that’s familiar across the country: How much should taxpayers, or other utility customers, subsidize clean energy development?

“The question that a lot of people are wrestling with is what is a fair balancing of the costs and benefits of those programs for everyone on the system,” said Warren Wood, director of legislative and regulatory affairs for St. Louis-based Ameren Missouri, the state’s largest electric utility.

There’s widespread agreement that solar development will drop off sharply, if not dry up altogether, unless new incentives are offered.

In states like Missouri where market fundamentals aren’t as favorable to solar development, “the role of state-level incentives are still relatively critical,” said Cory Honeyman, a solar analyst at GTM Research in Boston.

The measure requires investor-owned utilities to get 15 percent of their generation from renewables by 2021 and includes a 2 percent solar carve-out. To encourage solar development, the law requires utilities to pay a rebate of $2 a watt for solar energy systems, up to $50,000.

Last year, Ameren and Kansas City Power & Light, which serve Missouri’s two largest cities, sought permission to suspend rebate programs or risk exceeding a 1 percent rate cap put in place as a consumer protection. Eventually, the utilities crafted settlements with solar developers and consumer groups that established a finite pool of money available for solar rebates. When the money was gone, the program would end.

For Ameren, which sells electricity to 1.2 million customers in St. Louis and eastern Missouri, $50 million remained as of Nov. 12 when state regulators approved the agreement.

A utility attorney even told the Public Service Commission that the remaining funding “should get us into 2015.”

It didn’t. The utility, which received 527 applications representing $15.8 million in rebates in the first nine months, was deluged with more than 1,400 applications for $49.4 million of rebates just in December.

“It became a rush, a market rush, with all of the different developers marketing the available funds,” Wood said. “And it quickly ate up the available pool of dollars.”

For Kansas City Power & Light, which serves Kansas City and much of western Missouri, $50 million in rebates is fully subscribed in one of the utility’s two service areas. In the other area, all but about $16 million of a $36.5 million pool of funds has been claimed, said Chuck Caisley, vice president of public affairs.

A third investor-owned utility in Missouri, Empire District Electric Co., which serves the southwest corner of the state, never offered the solar rebates, saying it had already satisfied the 15 percent green power mandate and wasn’t subject to the solar provisions.

Backlog, followed by a drop-off

Missouri’s solar rebate program wasn’t supposed to end so abruptly. In fact, solar companies supported a bill passed by the Legislature months earlier that established a framework to phase out rebates over a period of years beginning Jan. 1, 2014, when the amount would step down to $1.50 a watt.

But the measure, intended to provide a glide path to wean the solar industry off subsidies, didn’t work out that way — especially in the St. Louis area.

“It was a cliff,” said Susan Brown of Kansas City-based Brightergy LLC, which operates three offices in the state. “We have hundreds of clients that did not get in under the wire.”

Even after the Ameren rebate funds were fully subscribed Dec. 17, applications continued to pour in. Data on the utility’s website show a backlog of more than $30 million worth of solar rebates that won’t be paid unless projects ahead in the queue fall through.

In the meantime, dozens of solar companies face a June 30 deadline to complete all the projects that qualify for rebates.

And they must prepare for a steep drop-off in business with the expiration of rebates, which could offset half the total cost of solar energy systems.

In the few years that rebates were available, dozens of solar installers popped up across St. Louis and Kansas City and organized as the Missouri Solar Energy Industries Association, which now has 70 members. Many of them have grown in recent years from a handful of employees to dozens and collectively added hundreds of jobs in a sluggish post-recession economy.

Some of the small companies, like Brightergy and St. Louis-based Microgrid Solar, expanded geographically or added new business lines because they knew demand for solar in Missouri would fall sharply when the rebate funds dried up.

Microgrid, which sold 300 solar projects in Missouri last year representing about 7.5 megawatts, has increasingly been focusing on bidding larger jobs in other states and the Caribbean, said Marc Lopata, the company’s president and principal engineer.

But many other solar developers in Missouri rely on the rebates for survival, Lopata said.

“There will be a lot of companies like ours that go out of business,” he said.

For that reason, renewable energy groups are scrambling to find a way to keep the solar industry’s momentum going as a new legislative session kicks off.

“I anticipate a robust discussion on this policy issue in Jefferson City this year,” Ameren’s Wood said. “Where it all comes down, I don’t know.”