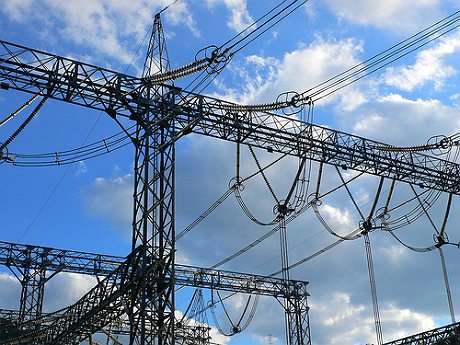 Utilities are often at odds with environmental advocates over how to advance clean energy and efficiency goals without falling into a “death spiral” of declining demand and shrinking revenue.

However, a new agreement between a major environmental group and an organization representing investor-owned utilities shows there is also a lot of common ground.

While the organizations have issued joint statements in the past, the latest version is noteworthy because it wades into the thorny issue of distributed generation, which many see as posing an existential threat to traditional utility business models.

The agreement recognizes the continuing trend of customers installing their own generation, while calling for policies to ensure utilities are fairly compensated for maintaining those customers’ access to the grid.

“This agreement helps chart a path to success,” said David Owens, an EEI executive vice president, in a news release.

The joint agreement [PDF], which was presented at the winter meeting of the National Association of Regulatory Utility Commissioners, calls for:

• Shifting utilities’ focus from providing energy as a commodity to a service-based approach.
• Ensuring utilities’ revenue for maintaining and improving the grid is not tied to retail electricity sales (also known as “decoupling“).
• Net metering policies that fairly compensate both the utility and the customer.
• policies that allow for real-time pricing.
• Providing opportunities for utilities to profit from “performance based incentives,” such as improving efficiency or adding clean energy sources.
• Ensuring efficiency services are broadly accessible.
• Support for smart grid technologies.

The statement comes amid a backdrop of declining electricity demand and more widespread adoption of solar power, which both cut into utility profits.

Distributed solar can benefit utilities and their customers by lowering demand during peak daylight hours and potentially eliminating the need for other new generation capacity. However, utilities have long argued that other customers are effectively subsidizing solar installations because those solar customers are still using the grid while paying less to maintain it.

Several states are currently grappling with policies to resolve this. For example, Minnesota last year passed a law requiring regulators to establish a “value of solar” formula to ensure utilities pay “precisely what that solar is worth to their system,” in the words of John Farrell of the Institute for Self-Reliance.

Also, decoupling revenue from electricity sales would provide utilities alternate ways to recover their fixed costs for maintaining and upgrading the grid. The strategy is also seen as a way to promote efficiency — currently, if a utility’s revenue is tied to electricity sales, it has little incentive to encourage customers to conserve.

“This path-breaking agreement steers us toward new and innovative ways to increase and speed the deployment of clean energy resources,” said the NRDC’s Ralph Cavanagh.

“In some states, the significant progress of innovative, clean distributed technologies has clashed with outdated theories of regulation, pitting utilities against clean energy companies,” Cavanagh wrote on the NRDC’s Switchboard blog.

The agreement, Cavanagh says, “reflects NRDC’s belief that clean-energy-oriented business model changes will come faster and more successfully to the utility sector if the utilities themselves are in support, and that these reforms represent a better way forward.”

Jesse Jenkins, an energy researcher at MIT, voiced enthusiasm for the agreement on Twitter.

“If 2013 was the year of the ‘utility death spiral,’ 2014 is fast shaping up to be the year of solutions-oriented dialogue.”