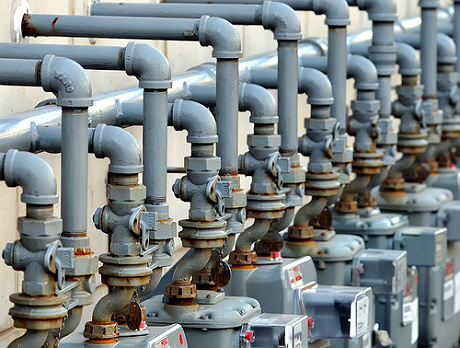 After a three-year pilot program that won praise from state officials and environmental groups, Minnesota’s largest natural gas utility is proposing to walk away from a concept known as revenue decoupling.

CenterPoint Energy, which is in the midst of a contested rate case, said in a Jan. 31 regulatory filing that it will no longer seek approval for a permanent decoupling mechanism it proposed last summer.

That proposal faced opposition from the Minnesota Attorney General’s Office, which argued that it would confuse customers and shift too many costs and risks onto residential and small business ratepayers.

CenterPoint was the first utility in Minnesota to experiment with decoupling, which is intended to promote conservation by removing utilities’ incentive to continually increase sales.

The mechanism allowed CenterPoint to significantly ramp up its energy-savings efforts without worrying whether new attic insulation, low-flow shower heads and programmable thermostats would cut into revenue.

“I’m disappointed in the decision. They’ve been the poster child for decoupling [in Minnesota],” said Mike Bull, policy and communications director for the Center for Energy and the Environment, a Minneapolis nonprofit that promotes energy conservation.

A spokeswoman for CenterPoint declined to comment, beyond saying that its regulatory filings “speak for themselves.”

At a utility policy forum in St. Paul earlier this winter, Minnesota’s deputy commissioner of energy Bill Grant called decoupling “a necessary element” of the future utility business model and praised the pilot programs at CenterPoint and another gas utility, Minnesota Energy Resources.

“The utilities in question … have really stepped up with their efficiency efforts and are demonstrating that decoupling makes it easier for them to meet some of the social obligations that we’ve asked them to,” Grant said.

‘Whims of the weather’

The Minnesota Division of Energy Resources, which Grant heads, initially said it would support CenterPoint’s expanded, permanent decoupling proposal with some modifications, but last month the office revoked its support for reasons unclear in the regulatory docket.

A spokeswoman for the state office did not provide Midwest Energy News with an explanation for its change of position prior to deadline. According to documents, the office as of last month only supported a more limited decoupling scheme similar to the pilot program.

The decoupling mechanism proposed by CenterPoint last summer had significant differences compared to the version it tried out in its three-year pilot program.

The initial pilot program was what’s known as “partial decoupling” and was based on revenue numbers that were adjusted to take into account changes in weather. The intent was to collect revenue lost due to energy conservation, but not warmer-than-usual winter weather.

For example, 2012 was a warm year, which meant CenterPoint collected about $20 million less in revenue than it expected. According to the weather-based formula, however, the company still had to refund $2.6 million to customers the following year.

The permanent decoupling program proposed by CenterPoint was what’s considered “full decoupling,” which is based on actual revenue. Under that scenario, the company could collect a surcharge if sales decline for any reason, including weather.

“Neither our customers nor the Company should benefit or suffer depending on the whims of the weather,” the company’s senior director of rates and regulatory issues, Paul Gastineau, said in utilities commission testimony.

“Systematic risk can neither be created nor destroyed; it can only be passed around,” said Vincent Chavez, a utilities economist in the attorney general’s office, in testimony to utility regulators.

Chavez also argued that ratepayers’ attitudes towards conservation could become “tainted” under decoupling, if the outcome of saving energy is a surcharge on their energy bills the following year.

Environmental groups, though, testified that most decoupling adjustments are too small to change behavior and thus don’t discourage customer conservation efforts.

Twenty-two states have implemented revenue decoupling for at least one natural gas utility, and the experience shows surcharges and rebates tend to be small, usually within 2 percent of the base rate, testified Dylan Sullivan, a staff scientist with the Natural Resources Defense Council.

In a scenario presented by CenterPoint in its testimony, a year in which natural gas use was 5 percent lower than expected would result in a 39 cent monthly surcharge the following year for a typical residential customer. The reverse would be true if energy use increased 5 percent.

Sullivan said basing the calculations on actual revenue instead of weather-adjusted revenue would simplify the mechanism, and that a proposed 5 percent cap on adjustments would protect customers from large swings in rates from year to year.

Complicating matters is CenterPoint’s separate proposal to nearly double the base charge on monthly bills from $8 to $15, which was opposed by environmental groups, the state energy office, and the attorney general’s office.

CenterPoint said the increased monthly basic fee would be accompanied by a decrease in “volumetric” charges — the portion of the bill based on how much energy a customer uses, which would even out some of the seasonal variation in bills.

However, according to the state and environmentalists, it would also lead to “rate shock.” Sullivan calculated that about half of CenterPoint’s customers would pay more under the proposed basic charge hike. The 10 percent of customers who use the least natural gas would see their bills go up $35 to $65 per year, and the 10 percent of customers who use the most natural gas would see a decrease between $50 and $220 per year, Sullivan said.

The higher base charge would also extend the payback time for energy efficiency investments, Sullivan said.

Bull, of the Center for Energy and the Environment, which is not directly involved in the CenterPoint rate case, noted that the gas company’s decoupling retraction comes as Xcel Energy, Minnesota’s largest electric utility, is preparing a decoupling proposal.

“Does this signal anything for that to proceed? I just don’t know yet,” Bull said.

An administrative law judge who heard testimony in the CenterPoint case in December and January is expected to issue a report with findings and recommendations in April, and the utilities commission expected to take up the case in May.

The Center for Energy and the Environment is a member of RE-AMP, which also publishes Midwest Energy News.