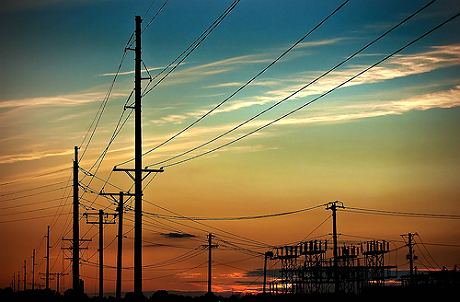 Clean energy advocates are pointing to recent reports on electricity use in the Midwest as clear evidence that state efficiency programs and technological advances are paying dividends in the region and fundamentally altering the landscape for utilities, regulators and consumers.

One example is a recent projection from the Midwest’s grid operator that showed electricity demand in the region is expected to decline almost 1 percent annually through 2016.

The forecast of a 0.75-percent reduction in annual electricity demand within the Midcontinent Independent System Operator Inc.’s North and Central regions represents a shift from the 0.8 percent growth rate in the organization’s previous long-term reliability assessment.

Howard Learner, executive director of the Environmental Policy and Law Center, a Chicago-based policy advocacy group that has pushed for energy efficiency policies across the Midwest, said the 1.55 percentage-point swing in MISO’s demand forecast is a milestone.

“This isn’t a minor difference,” Learner said. “This is a big delta. We’re dealing with a structural change that fundamentally affects the decisions for owners of power plants, state utility commissions and [the Federal Energy Regulatory Commission].”

He and others also believe there’s good reason to believe the decline in electricity use will exceed the level predicted.

“The MISO data is based on their conversations with utilities, and historically, utilities have tended to aim a little high in announcing their load forecasts,” he said.

While Midwestern utilities also saw electricity demand decline in recent years, the dip was a result of the recession.

That’s no longer the case, Learner said, and evidence can be seen in reports from two of the region’s largest utilities.

Xcel Energy Inc. saw a 0.8 percent drop in weather-adjusted electric sales for its Minnesota service territory last year, the company said in its recent earnings conference call. And Exelon Corp. executives forecast a 0.2 percent drop in load growth this year for Commonwealth Edison, the utility serving the Chicago area. The projection is based on the assumption of 2.3 percent economic growth.

Learner and other policy advocates attribute the trend to improving efficiency of air conditioners, televisions, computers, and other consumer appliances and devices as well as state-level energy efficiency policies — ones his group advocated for in places like Illinois, Iowa, Minnesota and Michigan.

“Energy efficiency is not a sideshow anymore,” said Rebecca Stanfield, deputy director of policy for the Natural Resources Defense Council’s Midwest Region. “It is part of the way utilities are meeting demand.”

“It’s going to help keep prices low and put more economic pressure on coal and nuclear plants that are on the margin,” Learner said.

Those plants may include four Chicago-area coal-fired power plants being acquired by NRG Energy Inc. as part of its $2.3 billion purchase of Edison Mission Energy and the fleet of coal-fired plants that Dynegy Inc. acquired from Ameren Corp.

And earlier this month, Exelon CEO Christopher Crane said the company would decide by the end of the year whether to close unprofitable nuclear plants unless the company sees a path to sustained profitability (EnergyWire, Feb. 7).

Andy Pusateri, senior utilities analyst at Edward Jones, agreed that energy efficiency “will continue to weigh on demand” and said it could “delay power price recovery in the Midwest.”

However, he said this winter shows the risk of relying too heavily on a single fuel for power generation and the value of having a diversified generation portfolio, including coal and nuclear.

The MISO demand projections referenced by Learner were part of a broader assessment of generation supply and demand in the region through 2016. That end period is important because it’s the deadline for owners of coal generation to meet U.S. EPA’s Mercury and Air Toxics Standards, regulations that were seen spelling the closure of many older, less efficient coal-fired generating units.

An initial survey of utilities and other market participants released in December by MISO and the Organization of MISO States Inc. indicated a shortfall of up to 7.5 gigawatts of generating capacity in 2016 for MISO’s Midwestern footprint.

An update to the survey presented earlier this month narrowed the generation capacity shortfall to 2 GW.

While the big driver for the adjusted forecast was the addition of generation resources — 3.2 GW of previously uncounted resources and 3.5 GW that was originally slated to be retired — the information supplied by utilities also reflected increase in demand-side energy savings as utilities adjusted load forecasts downward.