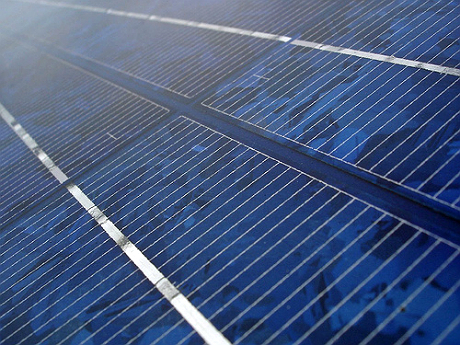 (Photo by Melissa via Creative Commons)

Minnesota utility regulators on Thursday answered most but not all questions about the shape of a new community solar gardens program.

The Minnesota Public Utilities Commission indicated that it would reject a proposal by the state’s largest electric utility to limit the number of community solar gardens that can be installed per quarter.

The board also voted to set a higher rate for electricity purchased from the shared solar projects than the one originally sought by Xcel Energy, and it said the company must pay for renewable energy credits associated with the solar gardens.

After a full day of deliberations, the board adjourned until next week.

“What the commission has determined now is better than what Xcel proposed, but there’s still some concern about the level of uncertainty,” said Ken Bradley, CEO of MN Community Solar, one of the state’s first solar garden developers.

A spokeswoman for Xcel Energy said the company wouldn’t have a statement on the matter until the utilities commission completes its deliberations, most likely next Thursday.

Xcel and solar developers have been at odds over the design of its community solar gardens program. A 2013 state law required the utility to establish the program with some guidelines, but it’s up to the utilities commission to approve the details.

The concept allows utility customers to buy “subscriptions” to community solar projects. A share of the electricity generated by the project gets credited to a customer’s bill as if it were on their own property.

It’s a reversal of the wind purchasing programs many utility customers are familiar with. Instead of paying a monthly premium for green energy, customers pay upfront for a share of a solar project and receive a monthly credit that lowers their electric bill for 25 years.

The idea is to make solar power more accessible to people who can’t or don’t want to install solar panels on their own roof, including renters and people with shaded homes. Shares or subscriptions are estimated to cost between $600 and $1,000 each.

Xcel filed its solar gardens plan with state regulators in September. It proposed buying electricity from solar gardens for 6 to 10 cents per kilowatt hour, and paying nothing for the projects’ renewable energy credits.

The company also proposed a two year “learning period” during which the volume of solar garden projects would be capped at 2.5 megawatts every three months.

The state law says “there shall be no limitation on the number or cumulative generating capacity of community solar garden facilities.” The commission on Thursday dismissed the proposed cap with little debate.

Commissioners spent much of the morning discussing the rate that Xcel should pay for power generated by solar gardens and ultimately settled on a higher figure than the one proposed by the utility.

By law, the plan approved by regulators must “reasonably allow for the creation, financing, and accessibility of community solar gardens.”

“Xcel’s proposed rate didn’t get us there,” said Commissioner Dan Lipschultz, meaning that 6 to 10 cents per kilowatt hour wouldn’t be enough to spur the creation and financing of solar gardens.

The utilities commission also has in its mission a responsibility to ensure “fair and reasonable rates” to utility customers in the state, Commissioner Nancy Lange noted.

“The challenge is to find just the right rate that will get gardens off the ground but will not impose excessive costs on other customers that aren’t participating in gardens,” Lange said. “If we set it too low and no gardens develop, I believe we have missed the mark. If we set it too high and there are too many costs imposed on other customers, we’ve also missed the mark.”

The solar gardens law says that the rate paid by Xcel should be based on the state’s value-of-solar tariff, an approach that’s meant to reflect the full cost and benefits of solar power to a utility and its customers.

The problem: state regulators are still in the process of developing and approving the methodology that utilities should use when calculating a value-of-solar amount, and it may not be ready for months.

On Thursday, the commission tried to come up with an interim rate, and it settled on the “full retail rate,” plus charges, for the subscriber’s customer class. That’s a little over 12 cents per kilowatt hour for residential, and slightly less than 12 cents for commercial.

On top of that, it decided to require Xcel to purchase the solar gardens’ renewable energy credits at a rate of 2 cents per kilowatt hour for projects with larger than 250 kW capacity and 3 cents for ones 250 kW or smaller.

The rate and price for the renewable credits will be annually reviewed and adjusted if necessary, the board voted. And all solar gardens will be converted to the value-of-solar rate as soon as it is available, it said.

That leaves more uncertainty than some solar developers would like.

TruNorth Solar President Marty Morud said it was a “productive” day, and that he’s happy with many of the decisions made, but the fact that rates can, and will, change from year to year may hinder its pitches to potential customers.

“How do you have a kitchen table conversation with someone if you can’t share with them the future costs and benefits?” Morud said in an interview following the full day of deliberations.

Bradley, of MN Community Solar, echoed that concern, but he was more hopeful about the program’s prospects than he was last fall after Xcel’s initial outline was submitted.

MN Community Solar announced earlier this week that its first community solar garden project, an approximately 40-kilowatt system to be built on the roof of a Minneapolis warehouse, is fully reserved.