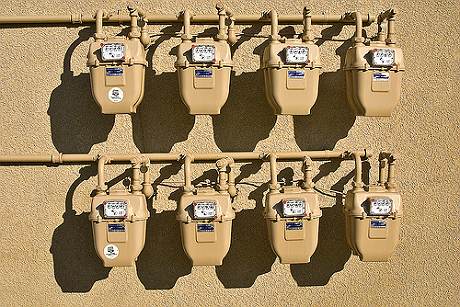 In deregulated Midwestern states, many residential customers and whole towns and cities – through municipal aggregation – are now able to choose an electricity supplier other than their utility.

Shopping around for an alternative natural gas supplier, however, is much less common, and many customers likely don’t know they have the option to switch gas suppliers even years after deregulation laws made it possible.

Alternative gas suppliers and energy marketplace companies – like ChooseEnergy, which launched its residential natural gas switching services in Illinois and Ohio recently – say that consumers can save money by shopping around for a gas plan.

Some consumer advocates and energy experts, meanwhile, say that differences between the gas and electricity sectors mean that customers have much less to gain by switching to an alternative gas supplier. In fact an analysis by the Citizens Utility Board (CUB) in Illinois shows that a great majority – 88 percent – of customers have actually lost money by switching natural gas plans.

CUB is a member of RE-AMP, which also publishes Midwest Energy News.

A boost from a cold winter?

Customers typically spend a lot less on their gas bill than on their electric bill, so there is less potential for savings between different gas plans. That could change somewhat as natural gas prices rise and if the rest of this winter or next winter are as cold as recent months.

“With this winter’s energy bills substantially higher – the price gap will be higher,” said Kerry Cooper, CEO of ChooseEnergy, which in the fall acquired its competitor Power 2 Switch.

A search for a Chicago zip code near downtown shows a customer could switch from Peoples Gas to one-to-two year plans from different suppliers including Xoom Energy and Direct Energy offering gas at a price of 52.9 to 64.9 cents per therm.

A ChooseEnergy spokesperson said “most customers can save up to $100 a year on their natural gas bill, alone, by switching with Choose Energy. This does vary state by state, and by utility provider. We shop for the best plans for our customers, and present as many options as we can.”

ChooseEnergy also plans to launch natural gas shopping in Massachusetts and Michigan this winter. But the bulk of their business focuses on electricity plans, with marketplaces in Illinois, Maryland, New Jersey, New York, Ohio and Pennsylvania.

CUB’s Gas Market Monitor found that as of November 2013, almost nine in 10 Illinois residents who signed up for an alternative gas supplier lost money – an average of $580 per year.

“There has been a consistent pattern that the vast majority (of gas deals) are money losers for consumers, and in some cases really big money losers,” said CUB executive director Dave Kolata. “So it’s really not a market that’s working well for consumers so far. That could change.”

Mark Pruitt is an energy consultant and former head of the Illinois Power Agency, which decides where to buy power for Illinois customers on behalf of the ComEd and Ameren Illinois utilities. He said that shopping around for a gas plan is typically “very hard,” and hence there is little reason to do it if it’s “not a big part of your household budget.”

“It depends what the customer is looking for – if they’re looking for some way to beat the market it’s going to take quite a bit of their time and attention,” he said.

He noted that customers often look for budget-friendly plans that allow them to spread out the cost of gas throughout the year instead of paying for spikes in the winter. “Ultimately you’re going to have to pay for everything but it’s a way to smooth it out,” he said. Utilities typically offer such programs, as do some alternative gas suppliers.

While there are multiple ways to generate and transmit electricity, there are fewer steps involved in getting natural gas to consumers – after it is extracted, it just needs to be stored and delivered.

When consumers or municipalities shop around for electricity plans, they can look for an option that guarantees certain amounts of renewable power, or even – as in the case of Chicago’s municipal aggregation deal – bans coal-fired power.

While some natural gas plans include carbon offsets or other environmental benefits, for the most there are fewer options.

“If the utility does the job that it’s supposed to do – purchase the lowest cost gas – it’s very difficult for other companies to come in and undercut that,” said Kolata. “Unlike with electricity, it’s really just a pure commodity…The alternative suppliers are going out to that same market but lack the economies of scale. I’m not saying it’s impossible to undercut the utilities, but based on the track record so far we don’t see that there has been much value for customers.”

Natural gas prices are set every month, as opposed to electricity prices which are set once a year, with different rates for summer and non-summer power. That means it is much easier for a customer to compare the value of a fixed-rate electricity deal to the price the utility will be paying for electricity.

Alternative natural gas suppliers often offer both fixed rate plans, with the same price for 12, 18 or 24 months; or a variable rate that changes every month. CUB’s Gas Market Monitor notes that:

“A fixed rate is basically an insurance plan against soaring natural gas prices. You’re likely to pay a premium for that insurance. If you happen to lock in a fixed rate just before prices skyrocket, you might save money. However, you may not be so lucky if prices plummet.

“Sadly, you would need a crystal ball to determine whether any of these plans are big winners.”

The role of utilities

Customers don’t necessarily need to go to a marketplace like ChooseEnergy to find a new natural gas plan. Utilities Nicor Gas, North Shore Gas and Peoples Gas run their own consumer choice programs where customers can switch suppliers through the utilities’ own websites.

Pruitt noted that customers of the Ameren Illinois downstate cannot currently choose their own gas supplier through ChooseEnergy or otherwise, because the utility hasn’t completed a tariff process before the Illinois Commerce Commission that is crucial to transferring customers to alternative suppliers.

As with electricity, the gas utility will still deliver the gas to customers, whether they are buying from the utility or not. That means the utility has to draft and have the Illinois Commerce Commission approve a plan to tell alternative suppliers how much it costs to transport gas through Ameren’s system.

“They need to say, ‘Okay, customer if you want to buy the commodity from someone other than us that’s fine; here’s what the supplier needs to do,’” Pruitt explained. “Here’s the price we charge for simply delivering someone else’s commodity.”

In 2011 Ameren held several workshops related to creating a “small volume transport” (SVT) program to deliver gas purchased from alternative suppliers, according to a timeline provided by Ameren spokesperson Marcelyn Love. In December 2013 the Commerce Commission ordered Ameren to file the petition paving the way for gas switching, and in January the utility did so.

Love said Ameren Illinois is currently working with the Commerce Commission to “finalize the program design and to seek the commission’s guidance on the remaining unresolved issues. We anticipate the commencement of the program later this year.”

Many electricity municipal aggregation deals in the Midwest come to an end this year. While such deals might be renewed with the same or other suppliers, Cooper thinks there will be an influx of individual customers shopping around for residential electricity plans. And that could mean more people switching their gas supplier while they’re at it.

“Education on electricity is out there, so we can build on that awareness to inform consumers that natural gas choice is available,” Cooper said. “The publicity about electricity choice in muni-agg states will it make it easier for consumers to understand that they have choices. As a result, natural gas will seem like an easy add-on – they can switch both at one time.”

Like Cooper, Pruitt thinks the attention given to electricity muni-agg could mean more customers shopping around for gas plans.

“Some of the talk around muni-agg and expanding natural gas (marketplaces) has kicked over the rock,” Pruitt said.

Municipalities can and in some cases do also enter into municipal aggregation agreements for natural gas. Kolata said that if alternative natural gas plans are to take off, “it’s probably going to be through an aggregation model – because there are economies of scale.”