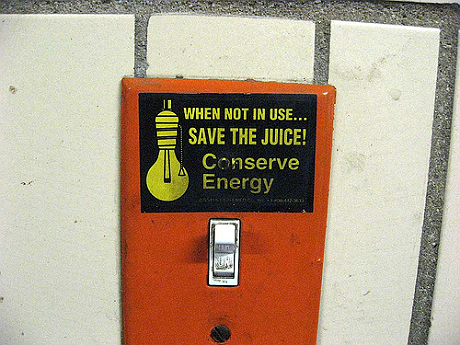 Two economists who favor scaling back Ohio’s energy efficiency standard admit they did not consider all potential benefits in their recent reports criticizing the current law.

Last week, an industry group released two reports finding fault with an analysis that projects billions of dollars in costs and thousands of job losses if Ohio’s renewable energy and energy efficiency standards are rolled back.

The new reports conclude that the costs of energy efficiency programs outweigh one benefit—lower wholesale energy prices. The reports’ authors acknowledge, however, that they did not calculate any other potential benefits.

The new reports are basically “nitpicking,” responds Joseph Fiksel. He heads The Ohio State University’s Center for Resilience, which did the modeling work last fall.

More importantly, supporters of the current law say, the reports don’t address basic problems in a pending bill that would scale back Ohio’s energy efficiency law.

Ohio’s renewable energy and energy efficiency standards have been under attack since September.

At that time, Republican State Sen. Bill Seitz introduced Substitute Senate Bill 58, which would greatly scale back both standards. The current law’s renewable energy standard says 25 percent of the state’s electricity must come from renewable and alternative energy sources by 2025. By the same date, the energy efficiency standard requires a 22 percent cut in retail electricity sales.

Current law lets utilities pass costs for complying with the law on to customers, but only if the programs have been shown to be cost-effective. Essentially, energy efficiency programs must cost less than the present value of their projected savings. If not, the Public Utilities Commission of Ohio cannot allow the charges.

The Ohio State report, updated in November, found that without the 2008 law, Ohioans would have paid 1.4 percent more for electricity than they do now. Moreover, if Senate Bill 58 were passed, Ohioans would pay 3.7 percent more than they would under current law. The average increase between 2014 and 2025 would be more than $300 million per year, for a total of $3.94 billion by 2025.

Now Jonathan Lesser of Continental Economics in New Mexico and Michael Jones of the University of Cincinnati have criticized the Ohio State analysis. Industrial Energy Users – Ohio (IEU) commissioned the reports by both experts. The group of large Ohio energy consumers supports Senate Bill 58 and its cutbacks to energy efficiency programs.

‘Shove it down their throats’

Jones and Lesser oppose the energy efficiency standard in principle.

“Consumers have every incentive to reduce their energy demand,” argues Jones. The energy efficiency standard is “assuming that businesses and customers weren’t acting in their best interests.”

Lesser agrees. “I’m of the belief that it’s much better to let customers make their own decisions [and] make their own investment choices than to simply shove it down their throats with government mandates based on assumptions that may not come true at all.”

The Ohio State projections use a model called Dynamic Energy-Economic Policy Simulation, or DEEPS, which both Jones and Lesser question.

“The model they use assumes consumers willingly eat their spinach and ask for a second helping,” argues Lesser. “There’s a fundamental disconnect in this model.”

In addition to efficiency programs, utilities must also bid a certain amount of projected energy efficiency into the PJM Interconnection’s annual capacity auction. PJM manages the grid and wholesale electricity market for all or parts of 13 states, plus the District of Columbia. Utilities can bid energy efficiency into the auction the same way they would bid in generating capacity at a power plant. In effect, a guarantee of lower demand covers part of PJM’s overall supply requirements for the region.

Bidding energy efficiency into the capacity auction has little or no cost for utilities. However, it lowers the overall capacity prices for electricity, because the most expensive forms of generating capacity aren’t needed. And payments to utilities can offset costs for future energy efficiency programs.

Lesser says the benefit of lower electricity prices is far less than the total cost of energy efficiency programs. A customer using 750 kilowatt-hours of electricity would save just 37 cents per month, he estimates.

“For the privilege of getting that 37-cent reduction, a customer is paying five to ten times that every month,” says Lesser. “That’s not a good deal.”

However, Lesser’s report did not consider any other potential benefits from the energy efficiency standard. In particular, he did not examine support behind utilities’ claims and Commission findings that energy efficiency programs save more than they cost.

Among other things, those benefits would include saving money by using less electricity. Lesser noted that such benefits can be long-term rather than immediate.

“I did not try to do an analysis of dubious programs that benefit consumers in the long run,” says Lesser.

Jones also limited the scope of his analysis, focusing on a function in the DEEPS model called the Cobb-Douglas function. Jones cites a Congressional Budget Office report saying that the function does not work well when determining the impact of taxes on capital. Because utilities can pass costs on to customers, his report says the standard “functions as a tax on capital.”

Charges for energy efficiency programs, however, are not a tax in the form of payments going to a government body. They are a cost for utilities to comply with the law, which utilities can pass on to consumers. Companies often pass on costs for complying with other types of regulation, such as worker safety laws.

“The argument for those regulations is for safety purposes” when people aren’t always aware of the risks,  says Jones. In contrast, he says, “Consumers have every incentive to reduce their energy demand.”

While Jones disagreed about the wisdom of both types of laws, he did not explain why costs to comply with one would be a tax, but not the other.

Jones also takes issue with the ease of substituting some economic inputs for others.

“There are limitations in a business’s ability to substitute workers for machines,” he says.

Also, when Lesser ran the model with the unrealistic assumption of zero emissions, the results showed job creation. That result is “absurd,” says Jones. “It raises questions about the validity of the model.”

“That’s just a misuse of the model,” responds Fiksel, of Ohio State. “That has nothing to do with the actual work that was done in entering valid assumptions in the model.”

“I interpret these reports as essentially nitpicking and basically advancing an alternative position,” continues Fiksel. He adds that Lesser’s report reflects a misunderstanding of DEEPS as a system dynamics model.

“We’re very confident that the model itself is a strong foundation,” says Fiksel. And, he stresses, the net result of the renewable and energy efficiency standards is positive.

“The net result that we saw was a healthy economy, with a lower overall energy bill [and] lower energy prices,” says Fiksel.

The reports by Lesser and Jones were not objective, claims Ted Ford. He’s president of Advanced Energy Economy Ohio, which commissioned the Ohio State analysis.

“They started out with the goal of trying to discredit the model,” he says. As a result, their analysis contains “fundamental flaws.”

For example, Lesser “just focused in on the costs of the riders to consumers,” says Ford, “where in fact the benefits outweigh the cost several times over.” Otherwise, energy efficiency programs would not meet requirements of current law.

Criticism of the Ohio State model comes at a time when Seitz and others want to scale back Ohio’s renewable energy and energy efficiency standards.

Among other things, the current version of Senate Bill 58 would allow many more things to count as energy efficiency, even if they did not provide direct savings to consumers. Additionally, the bill would cap total spending for energy efficiency, thus limiting the potential for savings.

It would also let utilities keep one-third of all after-tax savings from energy efficiency, up to the law’s targets. In other words, consumers would get only two-thirds of the benefits they pay for.

“Ohioans are currently benefiting from energy efficiency on their electric bills,” stresses Marty Berkowitz, a spokesperson for the Office of the Ohio Consumers Counsel. The office is currently reviewing the Lesser report and will provide additional comments in the future.

“But, in any event,” Berkowitz adds, “Dr. Lesser’s presentation does not address or refute the concerns of various customer representatives, including the Consumers’ Counsel, that Senate Bill 58/House Bill 302 are converting energy efficiency into the utilities’ profit center at Ohioans’ expense.”