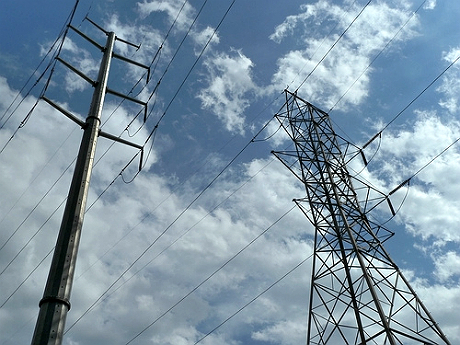 A running dispute between Midwest grid operators is heating up again in a closely watched case likely to affect the flow of power across the region and that could shape the build-out of high-voltage transmission lines.

In a complaint filed with the Federal Energy Regulatory Commission, the Southwest Power Pool, the grid operator administering in all or part of nine states across the south-central Plains, accused its neighbor, the Midcontinent Independent System Operator, of violating a joint operating agreement between the parties by dispatching power across SPP’s transmission system without compensation.

The complaint followed warning letters from SPP executives to MISO at the end of last year, and ultimately invoices for millions of dollars. The bill stood at $9 million according to a recent FERC filing, and the meter is still running, according to SPP.

MISO, meanwhile, says it has no intention of paying the tab. It filed a counter-complaint last week, asking that the commission order SPP to stop sending bills.

The dueling complaints represent the latest flare-up over the issue between the regional transmission organizations — entities authorized by FERC to coordinate electric transmission planning and operation across multistate regions.

And interest in this particular disagreement runs deep. Dozen of utilities, state commissions and others from within MISO and SPP footprints and beyond have sought to intervene in the complaint cases as the outcome could affect how “seams” issues are resolved elsewhere.

At the center of the dispute is a single paragraph inserted a decade ago into a joint operating agreement between SPP and MISO that addresses shared “contract path capacity.”

And the paragraph, Section 5.2, only became an issue with MISO’s addition of Entergy Corp.’s transmission assets and the rest of its 18,000-square-mile new South region Dec. 19 (EnergyWire, Dec. 19, 2013). The integration of MISO South, the benefits of which include $1.4 billion of savings for Entergy ratepayers over the next decade because of the more efficient dispatch of power by MISO, transformed the regional transmission organization into the largest in the nation by geographic area.

But for its vast scale, a single 1,000-megawatt interconnection in Missouri’s boot heel is the lone thread connecting MISO’s legacy Midwest area with MISO South.

SPP, which opposed Entergy’s membership in MISO, argued in its complaint that MISO is violating the agreement by sending power between the Midwest and South in excess of the 1,000 MW physical link, therefore using SPP’s transmission system without reserving capacity or compensation.

SPP spokesman Pete Hoelscher said in an email statement that MISO’s “free use” of its neighbor’s transmission system comes at the expense of SPP and “is simply unjust, unreasonable, and unduly discriminatory.”

“It makes no sense for all of the other users of the SPP transmission system to have to pick up the tab for MISO’s use of the SPP system to integrate Entergy into MISO,” SPP said in its complaint to FERC.

MISO, however, said SPP is misinterpreting the joint agreement. “SPP’s unprecedented and one-sided demand for transmission service compensation from MISO clashes with these long-standing principles and is profoundly out-of-sync with the commission’s goal of enhanced coordination among RTOs,” MISO said in its response.

Jennifer Curran, vice president of transmission for MISO, said in an interview that the issue before FERC has to do solely with economics, not reliability.

“This question is really about unused capacity” and the cost “of having a less efficient transmission system,” she said.

Joshua Fershee, an energy law professor at the West Virginia University College of Law, said the case poses a dilemma for FERC, which wants to both incentivize development of transmission and make best use of the existing grid infrastructure.

While both parties have staked out very different positions, the answer may be in the middle, he said.

“My gut is SPP is right and they should get paid, but that they’re asking too much,” Fershee said.

This dispute over the joint operating agreement isn’t new.

SPP raised the concerns in 2010 when it became apparent that New Orleans-based Entergy intended to join MISO.

MISO asked federal regulators for a declaratory order in 2011 to “remove any uncertainty” about the disputed language, and FERC ruled in MISO’s favor over objections from SPP (E&ENews PM, July 5, 2011).

But on Dec. 3, just days before the integration of MISO South, a Washington, D.C., appellate court vacated the order and remanded the case back to FERC (Greenwire, Dec. 3, 2013). SPP and MISO also disagree on the substance of that court ruling.

MISO argues the court sent it back to FERC on procedural grounds seeking a better explanation for the decision. But Fershee believes the ruling leaves the door open for FERC to reverse itself.

However and whenever the dispute ultimately is resolved, this much is certain: The outcome could have wide-ranging implications in the Midwest and beyond.

A day after SPP issued MISO a letter threatening invoices on Dec. 9, other transmission-owning utilities and electric cooperatives that share seams, or borders, with MISO issued letters likewise seeking compensation.

Several utilities and state commissions have rushed to the defense of the grid operators. Many others, including PJM Interconnection LLC, the Edison Electric Institute, and utility commissions in Georgia and Texas, have merely intervened.

The Louisiana Public Service Commission asked that the SPP complaint be tossed out. And NRG Energy Inc. argues that FERC should “reject SPP’s attempt to revisit ‘the bad old days’ of a balkanized transmission system.”

Basin Electric Power and the Western Area Power Administration, which is part of the Department of Energy and markets and distributes hydropower across a 15-state area of the central and western U.S., support SPP.

WAPA, which is negotiating with SPP to become a member, in its filing said it’s “simply wrong, contractually and otherwise, to grant MISO what essentially amounts to a free ride on neighboring transmission systems.”

“The commission should recognize that the long-term solution to this complaint isn’t just to divide the pie up … but to make the pie bigger, by supporting continued investment in necessary transmission infrastructure that can permanently alleviate constraints such as those between the MISO South and MISO Midwest regions,” the company said in comments to FERC.

Meanwhile, the Missouri Public Service Commission isn’t choosing sides. But the state regulator argues that the SPP-MISO joint operating agreement should be renegotiated — a suggestion that FERC made in July 2011 when it originally sided with MISO.

Missouri has a significant stake in the outcome of the case, with MISO’s footprint covering much of the eastern third of the state and SPP territory on the western side of the state.

And the PSC opened a docket last fall that it said would provide a forum for the parties to negotiate.

Until the dispute is resolved, “neither SPP nor MISO is particularly inclined to plan and approve transmission projects near the seam, the costs of which the other RTO will not pay,” and Missouri ratepayers ultimately suffer, Joshua Harden, the PSC’s general counsel, said in comments to FERC.

Then there’s Northern Indiana Public Service Co., a MISO transmission owner that’s the center of another seams dispute with MISO and PJM.

Like Missouri, Nipsco isn’t siding with either SPP or MISO. But in its comments, the utility urged FERC to work quickly toward a solution and suggested the answer involves additional transmission capacity.

“The true long-term solution to long-standing seams problems, where two independently solved power markets compete over ‘free’ transmission capacity, would be transmission upgrades,” Nipsco said in comments to FERC. “This complaint appears to highlight a second seam, in addition to the PJM-MISO border, where robust inter-regional planning would play an important role in bringing value to customers.”