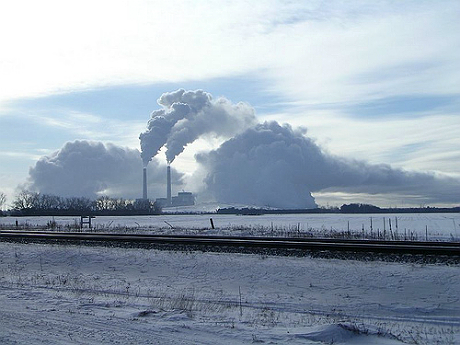 In the cooperative’s plan, independent system operators (ISOs), the managers of regional grids, would place a carbon fee on generated electricity. Great River Energy is the first electric cooperative to publicly offer a response to EPA’s rules.

“It takes advantage of all of the infrastructure that’s been created in our industry,” said Jon Brekke, vice president of membership and energy markets for Great River Energy. “It just adds another component to the management [of the grids] and, we think, could add another benefit to it.”

In implementing carbon regulations under Section 111(d) of the Clean Air Act, EPA must design a rule that would match a patchwork of different state-level climate policies (ClimateWire, Aug. 19, 2013). Instead of penalizing certain states for not having aggressive climate laws, the regional approach could allow low-carbon states to continue with their policies. This leaves more room for neighboring states to rely on inexpensive coal, if needed.

“Overall, if we work together as a regional market, the compliance measures could be less costly, and if that’s the case, we expect the benefits to be far and wide,” he said.

The plan would place an ISO-wide CO2 emissions reduction target. In Minnesota’s case, the Midcontinent Independent System Operator (MISO) would be the entity. It would commit to cutting emissions by a certain percentage by a certain date.

Generators that sell power to that system would then be charged the per-ton value for their CO2 as part of their bid price. This value could be adjusted by the ISO if the rate of emissions were higher or lower than assumed. Local transmission companies that sell the power to retail customers would get the revenue from the carbon pricing and refund it to local customers in their electricity bills.

The measure would drive up the cost of coal-fired power plants, which have the most CO2 emissions, so they might not sell as much electricity. But consumers would get some of their expenses back through the rebate. Incentives would depend on how the retail price of electricity is structured, which would be no different from today, the report says. The plan would avoid the direct control of plant emissions by EPA.

In order to reduce emissions hypothetically by about 30 percent by 2035, the report offers three scenarios. The ISO could start with a low price, like $5 a ton, that would steadily increase; start with a higher price that would rise slowly; or charge nothing until 2029, at which point generators would be faced with a very high price.

The third option — a delay of pricing until 15 years from now — would likely be favored by coal-heavy states but could be problematic for investments. The first scenario, a high beginning price effective immediately that would slowly increase, would lead to the greatest impact on existing fossil fuel generation.

In the end, each scenario would achieve similar annual carbon decreases by 2035. The price would be updated about every six months, said Brekke. The carbon fee is not to be confused with a social cost on carbon, which seeks to pay for the damage that greenhouse gases will cause via climate change, or a cap on CO2 emissions, said Brekke. Nor is it a tax, because the revenues would not go to government. They would be given to load-serving utilities, typically electric companies.

Brekke co-wrote the paper with three analysts from the Brattle Group and Will Kaul, vice president of transmission at Great River Energy.

The Great River Energy plan falls in line with the views of the industry group ISO/RTO Council, which has asked that EPA consider allowing states’ implementation plans to adopt a regional measurement mechanism. According to President Obama’s Climate Action Plan, states must submit plans on how they will comply with 111(d) by June 2016, just months before the general election.

Flexibility with some ‘goalposts’

Acting Assistant Administrator Janet McCabe, who heads EPA’s air and radiation office, has said the 111(d) proposal will include “flexibility, but with some goalposts and guidelines.”

“We very much intend to be enabling and opening things up,” said McCabe at the National Association of Regulatory Utility Commissioners’ winter meeting last month.

The Great River Energy plan offers a much-needed framework for utilities, said Dallas Burtraw, director of the Center for Climate and Electricity Policy at Resources for the Future. EPA could make its regulations more or less stringent to cut carbon emissions but still use the basic architecture.

“Overall, I think it’s a really constructive proposal,” said Burtraw. But there remain challenges in the way load-serving entities refund customers, he said. In order to achieve maximum carbon emissions reductions at the lowest cost, the system must create incentives that will encourage ratepayers to be more efficient with their energy use.

Studies indicate customers are more bill-sensitive that price-sensitive, meaning they are more likely to react to an overall bill than to the price per kilowatt of electricity. Getting monthly refunds that are integrated into the bill could slow the adoption of end-use energy-saving measures.

“You don’t want to return revenues so that consumers don’t have incentives,” said Burtraw.

This was a problem the California Public Utilities Commission considered in implementing A.B. 32, the cap-and-trade bill. The state resolved this by returning the revenues not monthly, but semiannually. The best approach would be to deliver the revenues separately from the bill, said Burtraw.

Brekke will speak on a panel at an upcoming event hosted by the Bipartisan Policy Center and NARUC. Originally planned for Tuesday, the event has been postponed due to inclement weather.