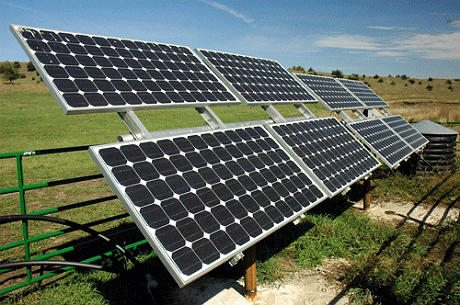 As Iowa faces a potential surge in distributed generation, advocates and some legislators are concerned the state isn’t prepared.

In recent comments to state regulators, MidAmerican Energy, one of the state’s two largest investor-owned utilities, says that to date this year inquiries about interconnections for distributed generation are coming in at twice the rate they did in early 2013.

However, the utility forecast that substantial growth in distributed power will cause a raft of problems, at least in the current policy environment.

The Iowa Utility Board, sensing a growing interest in renewables, in January invited feedback about where the potential and the pitfalls might lie. While dozens of people expressed a desire for more distributed energy in the state, they also identified significant issues that stand in the way.

Those concerns, however, were part of a raft of comments supportive of expanding distributed renewable power.

‘Part of the solution’

Since the board issued its notice of inquiry on Jan. 7, comments have come in from 208 people and organizations — including a man trying to build a net-zero house, a collection of 66 farmers and rural business-owners, the state’s large power utilities and 25 state legislators.

David Osterberg, founder of the Iowa Policy Project and a professor in the occupational and environmental health department at the University of Iowa, said the key is providing utilities with proper incentives.

“Climate change is a reality and the investor-owned utility companies must adjust their business model to contend with it,” he wrote. “The question for the board should be, ‘How does the state of Iowa procure more distributed electric generation installed in a way that gives the utilities a way to be part of the solution?'”

One recurring theme in the comments to the board concerns the need to determine the costs and benefits of distributed energy.

Utilities and advocates agree on the need for an objective assessment that has a chance of putting to rest questions about how distributed energy impacts utilities. Studies have been done in several states, yet the debate rages on about whether distributed energy is a net benefit or a net cost to the companies that move power from one point to another.

“We need to base decisions on actual data, rather than on fears or blanket assertions,” said Josh Mandelbaum, who submitted comments on behalf of seven environmental organizations including the Environmental Law & Policy Center, where he is a staff attorney.

The enthusiasm expressed for distributed energy comes just weeks after the Iowa legislature opted not to move ahead on three bills that would have advanced solar energy in the state. One of them proposed a new renewable energy standard requiring 105 megawatts of solar by 2017. Another would have doubled the amount of state tax credit funds available to subsidize installation of on-site renewables.

In a phone interview, Rep. Charles Isenhart said the utilities board, with the information gleaned from this information-gathering exercise, could add considerable heft to legislation aimed at fostering more distributed generation.

In the general assembly, he said, “It’s easier for us to move legislation that comes from agencies.” Proposals from the IUB that favor distributed energy “are going to get more serious consideration than if they came from a different direction.”

Those who submitted comments addressed many other issues. Several parties wanted the state to extend existing incentives to industries for the development of combined heat and power, a largely untapped technology with substantial potential in Iowa to reduce industrial power use by generating both heat and electricity with a single fuel source.

Others urged the board to extend net metering, which now is available primarily only to customers of large investor-owned utilities, to customer/owners of rural electric cooperatives and municipal utilities.

James L. Eliason, who identified himself as a retired scientist, expressed a common view that the transition to distributed energy is inevitable.