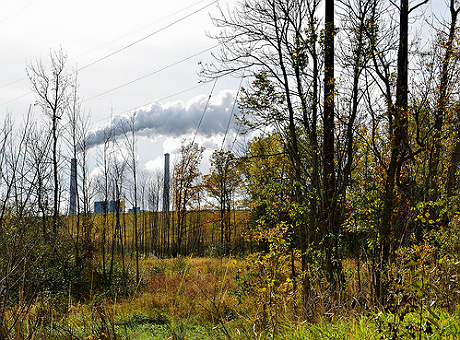 The Sierra Club is repeating a threat of a lawsuit against a northern Minnesota utility, alleging thousands of pollution violations at its coal-fired power plants.

Minnesota Power is the latest Midwest utility to face a legal threat from the Sierra Club over alleged soot or particulate violations under the Clean Air Act. The environmental group has filed similar complaints against St. Louis-based Ameren and Detroit’s DTE Energy.

A letter of intent delivered to Minnesota Power late last week says the company committed more than 12,000 air quality violations at three facilities between 2009 and 2013.

The formal notice gives the company 60 days to negotiate a resolution with the Sierra Club or else, it says, the group plans file a lawsuit. It follows a similar warning made by the Sierra Club last summer.

Most of the alleged violations concern the company’s self-reported measurements for opacity, an indicator of soot and particulate levels based on how much light is able to pass through the emissions.

State and federal law, as well as the power plants’ permits, generally don’t allow opacity to exceed 20 percent except for one six-minute period per hour. There are also exceptions during periods of startup, shutdown and malfunction.

The Sierra Club alleges this happened at Minnesota Power’s Boswell, Laskin, and Taconite Harbor power plants 10,356 times in the last five years, totaling more than 1,000 hours when they emitted darker emissions than allowed.

That doesn’t necessarily mean the power plants spewed out excessive soot during that time, however, Mullens countered. While opacity is an indicator of particulates, he said it’s not a certain measure and can be affected by other factors such as weather and moisture.

“This opacity issue that they’re raising is not a pollutant. It doesn’t measure pollution. It’s just a monitoring condition of how opaque the plume is that comes out of the stack,” Mullen said. “There’s a lot of factors to that.”

Mullen also said the 10,356 increments when one of the power plants’ seven plumes was darker than allowed was out of more than 3 million six-minute periods, meaning they were in full compliance 99.7 percent of the time.

Sierra Club campaign and organizing manager Michelle Rosier characterized the violations “egregious” and said they should call into question whether Minnesota Power can operate its plants within laws designed to protect public health.

Rosier said soot and particulate pollution can contribute to lung and heart disease, exacerbate asthma problems and has recently been linked to cancer by the World Health Organization.

“Minnesota Power should immediately bring its plants within clean air standards and announce plans for how it will eventually replace its coal plants with cleaner sources of energy,” Rosier said.

The Sierra Club’s letter also alleges more than 2,000 other violations related to misuse of pollution controls, including insufficient use of a chemical to remove mercury from emissions at the Taconite Harbor facility.

The company didn’t dispute the opacity data, which comes from its own monitoring systems installed at each of the facilities. The results are reported quarterly to the Minnesota Pollution Control Agency, which makes them publicly available.

The fact that opacity data is publicly accessible in many states is what’s helped make it a particularly active area for citizen group lawsuits under the Clean Air Act, according to Seth Jaffe, a Boston attorney who has represented power plant operators.

Jaffe said these type of cases are happening across the country because the data exists, and also because opacity is hard for power plants to control all of the time, which makes it easier to find potential violations compared to other pollutants.

“Part of it is the Sierra Club is looking to end coal. They have a litigation strategy that is intended to make life difficult for even what would be regarded as clean coal plants,” Jaffe said. “They want all coal plants shut, no matter how sophisticated their pollution control system is.”

Minnesota Power has been under pressure from environmentalists to retire rather than retrofit its older coal plants. The company announced a goal last year of transitioning its generation portfolio to one-third coal, one-third natural gas, and one-third renewables.

Since 2005, Minnesota Power has spent more than $350 million at its coal-fired power plants to reduce emissions and improve efficiency. The state’s utility regulators approved a $430 million upgrade to its Boswell 4 unit last September that will dramatically cut mercury emissions.

Minnesota Power spokeswoman Amy Rutledge suggested that the Sierra Club is focusing on opacity violations because the utility’s recent improvements have left the group with nothing better to criticize.

“I think it’s interesting that we’re talking about opacity deviations, which is not a pollutant,” Rutledge said. “Perhaps it’s because Minnesota Power has made such significant investments in pollution control equipment throughout its fleet.”