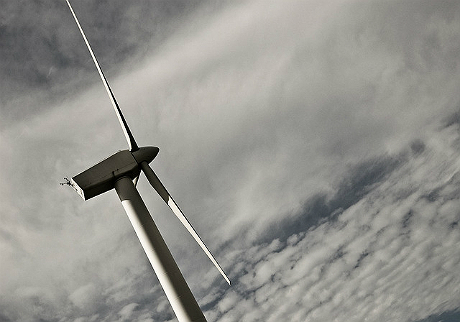 Hearings begin today on an Ohio bill that would cancel requirements for additional renewable energy and energy efficiency after 2014.

Senate Bill 310 would freeze Ohio’s renewable and alternative energy requirements at 2014 levels. Those levels are about one-tenth of the current law’s target of 25 percent by 2025.

Energy efficiency requirements would stay at the 2014 level of 4.2 percent. Current law calls for a 22 percent cumulative reduction in retail electricity sales by 2025. That’s about five times as much as the 2014 levels.

The bill, introduced last Friday by state Sen. Troy Balderson of Zanesville, would also set up a study committee, let larger electrical customers opt out of the law’s energy efficiency requirements, and require utility bills to have separate line items for the costs of energy efficiency and renewable energy compliance.

Introduction of SB 310 follows after vigorous opposition throughout the fall to Senate Bill 58. That bill, introduced by Cincinnati-area State Senator Bill Seitz, would have substantially weakened the energy efficiency and renewable energy standards, while nominally leaving their targets in place.

“If I had a preference, it would be for 58,” Seitz says. But, he adds, “We’re also trying to get something passed, so I’m comfortable with either approach.”

The bill is backed by major utilities and industrial customers.

“We’re dealing today with circumstances that are very different from the future we assumed back in 2008,” when the current standards were adopted, says Sam Randazzo, counsel for Industrial Energy Users-Ohio (IEU).

Randazzo and Seitz say the state’s electricity demand has not grown as expected because of the recession. Both also note that more natural gas reserves have since been found in Ohio.

“AEP Ohio believes Senate Bill 310 is moving in the right direction,” says company spokesperson Terri Flora. “The bill, if passed, freezes mandates at the 2014 level and allows for a more comprehensive study of the competing interests to determine the best path for Ohio moving forward.”

However, no additional targets would kick in automatically under the bill.

In effect, “It’s a repeal of both the efficiency and the renewable standard,” says Trish Demeter, who heads energy and clean air programs for the Ohio Environmental Council.

Demeter and Randazzo both note Senate Bill 310’s similarity to a proposal that FirstEnergy favored in 2012.

“It’s really unfortunate that we’re back where this whole debate over the value of the efficiency and renewable standards started in 2012,” says Demeter.

Seitz argues that costs for continuing the current law’s standards will “be extremely substantial and constitute a hidden electricity tax on consumers.”

The Office of the Ohio Consumers’ Counsel is still reviewing the new bill. However, the agency has previously opposed Senate Bill 58’s efforts to cut back on energy efficiency standards.

Meanwhile, Demeter and other supporters of the current standards say that consumers would lose out under both bills.

“Energy efficiency is the most cost-effective resource for utilities to deploy in order to meet demand,” notes Demeter. “If you pull back the reins on that, then there’s most definitely going to be impact on every single ratepayer and what they’re paying. We’ll see some skyrocketing costs as a result.”

If the bill passes, those contracts probably won’t get renewed, says Demeter. “We’ll see a tremendous domino effect in contractors and subcontractors in Ohio jobs lost.”

“That’s so detrimental to people out there trying to create jobs in this industry,” notes Dan Sawmiller of the Sierra Club’s Beyond Coal Campaign.

As of 2012, Ohio had about 25,000 people working in the renewable energy, advanced energy, and energy efficiency industries, reports Ted Ford, president of Advanced Energy Economy-Ohio. The group’s members come from those industries.

“There are investments that have been made with the expectation that there would be a standard in place that would pay off over time,” stresses Ford.

Many existing projects make economic sense when viewed as a whole, says Ford. However, if renewable energy credits or energy efficiency credits are no longer in the balance,  some projects’ financing could fall apart.

“If the only way they can make a go of things is to have government mandates and government subsidies, then maybe they’re in the wrong business to begin with,” says Seitz.

“The status quo is heavily subsidized,” counters Ford. Generally, electric rates have made sure utilities could recover reasonable and prudent costs of business.

Among other things, a committee would do a cost-benefit analysis of the law’s mandates before the legislature would set any new targets. The majority of the 21 members would be legislators and interest group appointees chosen by the heads of Ohio’s State Senate or House of Representatives.

“Senate Bill 310 attempts to simply hit the pause button as the legislature studies the issues surrounding the mandates, allowing us to continue offering our customers cost-effective programs,” says Flora.

“Why not simply do the study commission and keep the standards in place?” says Ford. “We think the cart is before the horse here.”

The costs and benefits of energy efficiency have been “reviewed it to death, ” adds Sawmiller. “It makes sense. But [opponents of current standards are] still trying to kill this law for some reason.”

Last fall, for example, The Ohio State University’s Center for Resilience reported that Senate Bill 58’s proposed rollbacks on energy efficiency would cost ratepayers an average of more than $300 million per year between 2014 and 2025. Senate Bill 310 would go further and eliminate all additional energy efficiency targets required by current law.

Senate Bill 310 would also require utility bills to have separate line items showing the costs for energy efficiency and renewable energy. Presumably the idea is to highlight how much consumers would pay to meet the frozen standards.

“If we’re talking about a level playing field here, then let consumers see everything that’s in that distribution charge,” says Demeter.

Among other things, those charges would include part of utilities’ lost revenues from providing energy efficiency.

Consumers also pay a rider that makes up for any money utilities lose by giving “reasonable arrangement” rate breaks to large industrial customers.

Many of those same customers could opt out of paying for energy efficiency compliance if the legislature passes either Senate Bill 310 or Senate Bill 58.

Saying that large customers should have to pay because they already benefit from lower rates than residential customers have is like “comparing raisins and grapes,” says Randazzo.

Supporters of the current standards say those breaks are relevant when consumers wind up paying the difference.

“There’s no free lunch,” says Demeter. “Somebody’s paying for that, and it’s all consumers.”

Meanwhile, in late January, the Public Utilities Commission of Ohio (PUCO) proposed changes to  the implementation and review process for Ohio’s renewable energy and energy efficiency standards. The proposals arise from the agency’s five-year review of the rules for both standards.

Some proposals supported by utilities closely track some provisions from Senate Bill 58.

AEP also wants utilities to expand “shared savings” for energy efficiency programs. Current provisions let utilities keep part of the savings only if they exceed the law’s goals. AEP’s proposal would let utilities retain a share if they meet the law’s requirements.

“Consumers realize the majority of the savings, and it is a classic win-win situation for pursuing more energy efficiency,” says Flora.

SB 58 also included language to expand utilities’ ability to share in cost savings. The Office of the Ohio Consumers’ Counsel criticized that provision for turning energy efficiency into a “profit center” for utilities.

All or part of that action could become moot, however, if Senate Bill 310 passes.

“We look forward to moving it smartly along, assuming we can get it heard thoroughly, and have it out expeditiously,” says Seitz.

The Ohio Environmental Council and the Sierra Club are members of RE-AMP, which publishes Midwest Energy News.