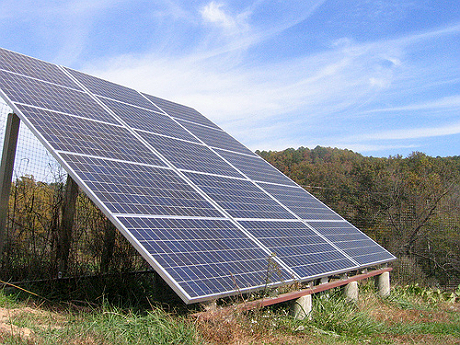 Solar installers, the businesses supposedly causing heartburn for old-school utilities across much of the country, are staring at their own “death spiral” in Missouri.

A utility rebate program authorized by voters in 2008 is making Missouri into a solar leader in the Midwest. But $175 million set aside to subsidize solar installations is fully subscribed in most parts of the state where it was available, and the same small businesses that scrambled to add workers last year to help meet surging demand are facing layoffs.

Several bills have been filed with the Missouri General Assembly to fully or partially revive the rebate program. But none really has traction, and with just over a month remaining in the legislative session, time is running out.

Heidi Schoen, executive director of the Missouri Solar Energy Industries Association, said the industry, which has generated thousands of jobs and millions of dollars in new taxes for the state, is just looking for certainty.

“We want off the solar coaster,” she said. “We don’t want to be in this boom-and-bust situation.”

Missouri, where coal powers about four of every five homes, may seem like an unlikely place for the solar industry to take root.

And to a large extent, much of the solar industry’s growth in Missouri is just now being installed.

According to the Solar Energy Industries Association, the state had 39 megawatts of solar installed at the end of 2013, ranking 17th in the nation and ahead of neighboring Illinois.

But based on the value of rebate dollars claimed by the end of last year, as much as 110 MW of solar will be online by the middle of the year — a number that could vault Missouri up the rankings.

There’s little dispute that the solar rebate program is the reason for the industry’s rapid growth.

The rebates were authorized by the same 2008 ballot initiative that established the state’s renewable energy standard, which requires investor-owned utilities to generate 15 percent of electricity from the sun, wind and other renewable resources by 2021.

Over time, the combination of a $2-a-watt rebate, fast-declining solar equipment prices and the federal production tax credit combined to become an increasingly powerful incentive that made solar energy systems accessible to thousands of consumers who wouldn’t ordinarily be able to afford them.

The Missouri Legislature passed a measure last year that would step down the rebate to $1.50 a watt on Jan. 1 and phase out the subsidy entirely over a period of six years.

The solar industry agreed to the legislation, thinking it would provide a pathway to self-sufficiency as solar prices continued to decline.

But not long after Gov. Jay Nixon (D) signed the bill, Missouri’s two largest utilities asked to suspend rebate programs or risk exceeding a 1 percent rate cap put in place as a consumer protection. Eventually, the utilities and solar installers settled on a $175 million finite pool of money that would be available for solar rebates. When the money was gone, the program would end.

“We really thought the settlement would get us through until now,” Schoen said.

Instead, rebate funds for two of three utility service areas were claimed in a month (EnergyWire, Jan. 17).

Susan Brown, a vice president at Brightergy, a Kansas City-based company, said the lack of rebates will undoubtedly be felt.

“Solar will be different in the future than it has been in the past couple of years,” she said.

Brightergy is answering the challenge by diversifying, both geographically and by branching out into new businesses. Once primarily a solar installer, the company is now busy doing LED lighting retrofits for schools and last fall signed on as the exclusive distributor of Capstone microturbines for Missouri and Kansas.

Brown said the company has retrained much of its workforce to meet its changing business needs and is even adding employees.

Not everyone is adapting, though. Already, Schoen said, some of MOSEIA’s 70 installer members have had to lay off salespeople or seen them quit because “they see the writing on the wall.”

More downsizing looms without some help from the Legislature, and smaller solar businesses will be hardest hit.

Schoen is still hopeful that state lawmakers will take some action to help keep the rebate program alive, in some form.

One bill would revive solar rebates, but only for schools and nonprofits. Another would restart the rebates under Missouri’s 2009 energy efficiency law, allowing solar to qualify as a demand-response resource.

So far, there’s been little movement on either piece of legislation.

Gov. Nixon, meanwhile, showed up at a renewable energy conference at the University of Missouri in Columbia yesterday to announce plans for a statewide initiative to develop a comprehensive state energy plan.

“It is clear that meeting our need for clean, affordable, abundant energy in the future will require a diverse energy portfolio and a strategic approach,” Nixon said.

But implementing a state energy plan will take time — something the solar industry has little of these days.