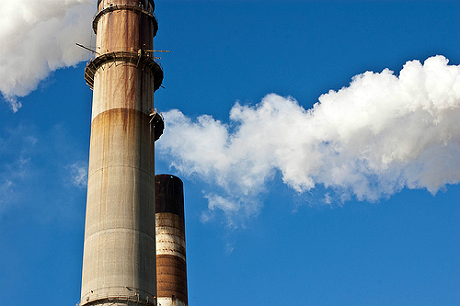 Federal judges Tuesday upheld U.S. EPA’s air standards for mercury and other hazardous pollutants in a major win for the Obama administration.

The U.S. Court of Appeals for the District of Columbia Circuit said the agency acted reasonably in promulgating its 2012 mercury and air toxics, or MATS, rule, which was the most significant EPA regulation of President Obama’s first term.

It requires coal- and oil-burning power plants to slash emissions over the next several years by installing control technologies. EPA estimated that the standards — the first of their kind — would cost the electric generating industry $9.6 billion annually, one of the most expensive regulations ever issued by the agency.

The utility industry as well as several states challenged various aspects of the regulations in the large, complex case. Their principal argument, however, was that EPA should have considered costs when determining whether it was “appropriate and necessary” to go forward with the standards.

EPA contended that the Clean Air Act did not mandate the agency consider costs, only that it determine that the emissions posed a significant health risk.

“On its face,” the majority opinion said, the Clean Air Act “neither requires EPA to consider costs nor prohibits EPA from doing so. Indeed, the word ‘costs’ appears nowhere” in that section of the law.

It added: “The question remains only whether EPA’s interpretation is permissible. Petitioners cannot point to a single case in which this court has required EPA to consider costs where the [Clean Air Act] does not expressly so instruct.”

The regulations marked a key change in agency policy after Obama took office. In 2000, EPA had determined that mercury and other air emissions from oil- and coal-burning power plants posed a risk to public health and, therefore, met the “appropriate and necessary” standard for regulation.

In 2005, however, EPA reversed itself and delisted the power plants from the program. Environmental groups challenged that decision in court, and the D.C. Circuit threw it out.

Fast-forward to the Obama administration, when EPA returned to the 2000 finding before issuing the MATS standards. The agency estimated that the health benefits of the rule are significant and once fully implemented will prevent up to 11,000 premature deaths and provide $90 billion in health benefits annually.

Nearly every aspect of the regulations was challenged, including EPA’s reasoning and its decision to include all of the hazardous air pollutants such as arsenic, cadmium and nickel in one rule, instead of separate ones. The majority opinion, however, rebuffed every challenge, including criticisms from environmental groups that the rule’s monitoring requirements are insufficient.

The cost issue, however, was the most contentious. The majority opinion was supported by Chief Judge Merrick Garland and Judge Judith Rogers, both Democratic appointees. Judge Brett Kavanaugh dissented from their conclusions regarding costs.

“When considering just as a general matter whether it is ‘appropriate’ to regulate, it is well-accepted that consideration of costs is a central and well-established part of the regulatory decisionmaking process,” Kavanaugh wrote.

The majority opinion however, said Kavanaugh’s dissent “rests on a false premise,” noting that other sections of the Clean Air Act expressly instruct EPA to consider costs.

“Basically, petitioners and our dissenting colleague seek to impose a requirement that Congress did not,” the judges wrote. “What they ignore is that Congress sought, as a threshold matter, to have EPA confirm the nature of public health hazards from … emissions. … After that, Congress left it to the expertise and judgment of EPA whether or not to regulate.”

Asking EPA to look at costs before looking at the health effects, they wrote, would be putting the cart before the horse.

EPA said it is “very pleased” that the court upheld the MATS standards.

The decision, it said in a statement, “is a victory for public health and the environment.”

“Today’s legal victory is another giant step forward on the road to cleaner, healthier air,” said Fred Krupp, president of the Environmental Defense Fund, which was involved in the case. “Today, the court recognized that mercury and other dangerous air toxins from coal-fired power plants are a threat to public health and that we should all be protected from them.”

The numerous challengers in the case have a few legal options remaining. They may ask the court to review the ruling en banc, meaning before all the circuit’s judges. They may also ask the Supreme Court to take up the ruling.

If they pursue either avenue — and it is likely they will — they would be bolstered by the forceful dissent of Kavanaugh, one of the nation’s leading conservative judges.