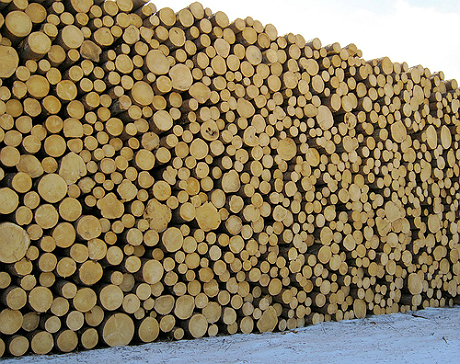 As Michigan considers expanding its renewable energy standard, new research is raising questions about what types of biomass should be included.

Michigan’s current renewable energy standard, written in 2008, defines biomass as a renewable energy source. But based on four relatively recent studies, the Natural Resources Defense Council (NRDC) is urging the state to remove whole trees from its list of allowable fuel sources.

In comments to the Michigan Public Service Commission, the NRDC said it recommends using “short-rotation crops, wood waste and reclaimed wood, and timber harvest residues (tops and branches)” instead of whole trees for biomass energy generation.

In April, research from Partnership for Policy Integrity (PFPI) has added fuel to the discussion. A paper published by PFPI’s founder, Mary Booth – “Trees, Trash, and Toxics: How Biomass Energy Has Become the New Coal” – said the Environmental Protection Agency should regulate emissions from biomass energy plants more closely than it does today.

The paper also said the sustainability of burning wood as fuel is questionable.

“Biomass power plants are also a danger to the climate… Emissions of CO2 from biomass burning can theoretically be offset over time, but such offsets typically take decades to fully compensate for the CO2 rapidly injected into the atmosphere during plant operation.”

“Regardless of how it’s cut, if it’s a whole tree, it will have some significant carbon impact,” said Sami Yassa, senior scientist at NRDC. “[If] you cut a whole tree, that’s 50 years of carbon in that whole tree.” He said this means it will take 50 years for a new tree to grow and consume the carbon that the earlier tree would have consumed.

Ray Miller, adjunct associate professor at the Department of Forestry at Michigan State University, recommended to the MPSC that biomass energy production be increased in Michigan by a factor of ten, but he also generally supports avoiding using large, high-value trees to generate energy.

John Quackenbush, chairman of the MPSC, said he agreed that using less-valuable biomass rather than large trees would be economically wise. But he also said he doesn’t know that removing whole trees from Michigan’s renewable energy standard has been actively discussed.

“I think about the economics of it here, and the parts of the tree that are high-quality to use for board and paper, the highest use of that would be in those instances. It seems like the economics would drive you in that direction to begin with.”

‘We have a lot of forests in Michigan’

Economics are likely to be a major driver of Michigan’s choices about biomass and renewable energy. The Michigan lumber industry has waned in recent years, along with other industries that contribute to the state’s employment base.

“We have a lot of forests in Michigan,” Miller said. “Many mills have closed, many logging companies have gone out of business.”

Miller said he sees ramping up biomass energy production as a way to stimulate local economic growth and create jobs that cannot be sent offshore. Because wood contains a large percentage of water, it is not cost-effective to ship it long distances. So burning forest-harvested wood helps to build local economies.

“Those jobs have to take place where the biomass is,” Miller said. “They are rural jobs. There are spinoff benefits to that. You also need to have people who are selling [workers] fuel, fixing their tires, fixing their equipment, and selling them lunch.”

According to PFPI and other sources, the biomass energy industry has been expanding recently. This growth has been spurred by the inclusion of biomass in state renewable energy standards, PFPI said. Substantial federal tax credits have also been made available for biomass energy production.

If the United States had managed Western forests better by thinning them, Miller said, there wouldn’t be so much material there to sustain forest fires and foster insect pests and diseases.

“In order to manage our forests, we need to have markets to sell our material to,” Miller said. “By creating biomass energy industry in Michigan, it allows us to maintain the health of our forests by creating markets for the low-value material that might be harvested from those forests.”

NRDC has not addressed the danger of forest fires in its comments to the MPSC or in its fact sheet and blog posts on forest biomass. Instead, it cited research from Oregon State University showing that thinning forests in the Pacific Northwest reduced their ability to absorb carbon dioxide for decades.

Miller said he supports using biomass as a replacement for coal and a source of base load power that can complement solar and wind power. Since some renewable energy sources can be intermittent, he said, biomass can fill in the gaps.

Kat Friedrich is an environmental journalist specializing in clean energy. She is also a former engineer and a graduate of the University of Wisconsin-Madison.