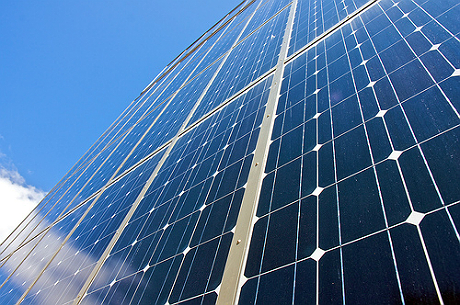 Uncertainty over a looming court ruling and an ongoing state study has led Iowa officials to return a $1 million federal grant aimed at streamlining the state’s permitting process.

However, while acknowledging the loss of the grant is a setback, officials with the state’s Economic Development Authority say much of the work will proceed anyway.

The $1.03 million Department of Energy grant was to support efforts to streamline the administrative processes required to install rooftop solar panels. The so-called Sunshot grant was one of eight awarded last fall.

The agencies agreed in late April to terminate Iowa’s grant, according to Tina Hoffman, a spokeswoman for the economic development authority.

Hoffman said that the Iowa program would have had to substantially narrow its focus in order not to impinge on pending developments that could overhaul the financial and policy aspects of rooftop solar in the state.

“We felt moving forward in those areas wouldn’t make sense since those actions are pending,” Hoffman said. “The DOE didn’t feel like, if we took those pieces out, we could meet their objectives.”

Specifically, the economic development agency wanted to avoid interfering with the Iowa Supreme Court, which is expected to rule imminently as to whether Eagle Point Solar may sell electricity to the City of Dubuque from solar panels atop a city-owned building. The Iowa Utilities Board ruled that Eagle Point was illegally functioning as a utility, but an appeals court later ruled in favor of the solar company.

The decision likely will impact whether government and non-profit property-owners in Iowa, who can’t take advantage of tax breaks, can find a financial way to generate power with rooftop panels.

Another issue, Hoffman said, is an ongoing Iowa Utilities Board study of distributed generation. The board invited feedback from stakeholders such as customers and utilities, and is now considering whether to recommend any new regulatory or legislative measures regarding distributed generation, including rooftop solar panels.

While the costs of solar panels themselves have fallen precipitously in recent years, the so-called “soft costs” of installing solar panels have not, and constitute a growing proportion of the cost of solar installation.

Hoffman said the economic development authority had identified eight Iowa communities to be the focus of the grant, and that it will continue to work with their planning and zoning departments to identify barriers to efficient processing of solar applications. The communities are Ames, Cedar Falls, Cedar Rapids, Des Moines, Dubuque, Floyd County, Linn County and Muscatine.

One of the aims of the program is for different cities to share knowledge.

For example, a Kansas City agency that received one of the Sunshot grants has developed a list of 15 “best practices” and has encouraged its five local government partners to adopt them.

“Some of them are really simple,” said Tom Jacobs, the director of environmental programs at the Mid-America Regional Council, which received a Sunshot grant last fall as well as an earlier one in 2011. The practices include, for example, publishing a solar permit checklist on a city or county government’s web site. Other best practices include adopting a solar access ordinance and pre-qualifying solar installers.

The council evaluated the impact of the best practices in the five pilot communities in the Kansas City area, and found that in all five, the administrative processes worked much more efficiently, according to Laura Machala, the council’s solar energy coordinator.

As a result, Jacobs said, “We are trying to reach beyond the original five.”

‘We can still make a difference’

Back in Iowa, Hoffman said her agency has begun meetings with representatives from the eight communities that were picked to be part of the federally-funded project.

“We absolutely feel we can still make a difference,” she said. “Expanding access to alternative energy is something we absolutely are dedicated to doing.”

The Iowa Association of Municipal Utilities, which along with the Iowa Environmental Council, was to have served as sort of a subcontractor on the federal grant, also intends to pursue some of the administrative streamlining work even without the grant.

“We are finding that the (municipal utilities) really wanted the deliverables we were going to be able to provide with this grant,” said Anne Kimber, director of energy services for the association. “We’ll have to proceed separately.”

Municipal utilities are being approached about solar by their customers, according to Kimber, and need to know how to respond. They are trying to develop rates and tariffs relating to solar energy, she said, a task that her association and consultant plan to help with.

“It’s the value-of-solar question” that’s surfaced in many states, she pointed out.

IAMU “did get some useful things done” before learning that the grant had been cancelled, Kimber said. The association has been working on a series of webinars for the people who run municipal utilities in Iowa, advising them on how to enable “a larger deployment of solar.”

The first one, which deals with interconnection issues and how to determine a system’s output, was made available in late April. One dealing with financial issues of solar installations will be made available May 22. Two more will follow.

She’s working with a solar consultant who is developing a checklist that will provide utilities with a quick way to evaluate the impact of a solar installation on their distribution circuit.

“That’s a good outcome,” Kimber said. “It’s something our members have really needed.”

The Iowa Environmental Council is a member of RE-AMP, which publishes Midwest Energy News.