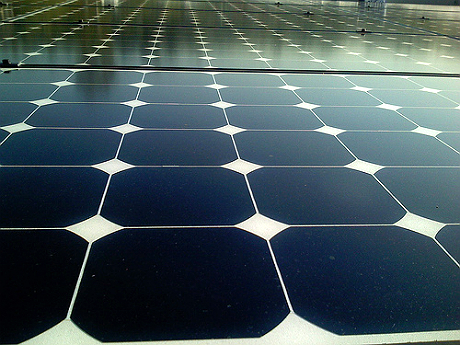 The complaints, filed by customers with the state’s utility regulator on Wednesday, say reports from Ameren Missouri and Kansas City Power & Light-Greater Missouri Operations (GMO) conflict with the utilities’ own claims that they had reached the cap for the rebates at the end of 2013.

Missouri’s other major utility, KCP&L, informed the state Public Service Commission in early April that it expects to reach its rebate capacity within 60 days, signaling the end to its rebates as well.

The utilities’ termination of the state’s solar rebate program has been the focus of contentious debate, as well as efforts in the Missouri General Assembly during the current session to find a way to keep funding the program.

One such effort failed on Tuesday, when the state Senate voted against a measure that would have reinstated the rebates until the Public Service Commission actually made a determination that the cost of solar rebates had caused the price of power to increase by at least 1 percent. That threshold is written into Missouri’s renewable energy standard, known as Proposition C.

PJ Wilson, a policy advocate with Renew Missouri, said other attempts to maintain the rebates may surface before the legislative session ends today.

Questions about the cap

Proposition C also required utilities to pay a $2 per watt rebate to customers installing rooftop solar, not to exceed $50,000. A bill passed in 2013 gradually reduces that rebate, and terminates it in 2020.

Matt Ghio, one of the St. Louis lawyers who filed the legal action with the utility regulator on Wednesday, said that the state’s major utilities repeatedly have claimed that they’ve hit that cap, while solar supporters have challenged the utilities’ accounting methods. Last fall, both Ameren and GMO told the Public Service Commission that they expected to hit the 1 percent cost cap within 60 days.

Hearing that the rebate might not be around for long, Pat Schuba of Labadie, outside of St. Louis, hurried to get an application in to Ameren in early December, 2013.

“Our understanding was that if we applied before the end of the month, it would be covered,” she said.

Schuba, one of the plaintiffs in the lawsuit, has a small livestock operation, and wanted to install a 17-kilowatt system that she expected would meet about 90 percent of her home’s power needs.

‘We were scratching our heads’

Ghio said he decided to challenge the utilities in part because their stories seem to have changed. Both Ameren and GMO last month filed their required yearly reports with the state regulator, in which they specify how they’ve met the requirements of the renewable energy standard, as well as forecasting how they will meet it in the next three years.

When he read that, Ghio said, “We were scratching our heads. It’s bizarre. They’ve been saying all along that they hit it. And then they file a document that says they didn’t hit it.”

GMO also stated in its report that it had spent $50 million on rebates. At a meeting last fall, Missouri utilities, solar representatives, consumer advocates and the PSC agreed on a dollar threshold for each of the utilities. GMO agreed to pay $50 million on rebates, which it expects to have done by early June, according to Chuck Caisley, the vice-president of marketing and public affairs. Solar supporters contend that the 1 percent cost cap is the true limit, having been written into the language of Proposition C.

GMO filed a separate document with the PSC in April, outlining how it will meet the renewable energy standards this year and through 2016. It projects that the cost of rooftop solar rebates will be far below the 1 percent threshold.

Ameren’s RES reports, also filed in April, are “more complicated” with regard to rooftop solar, Ghio said. They don’t claim to have hit the cap, nor predict that they will in the near future.

“We can only assume they haven’t reached it,” Ghio said. If Ameren had reached the threshold, he said, “They would yell it from the rooftop.”

‘These things have not happened’

Warren Wood, Ameren Missouri’s vice-president for external affairs and communications, said in an e-mail: “Ameren Missouri has spent $91.9 million in solar rebates to our customers. This is the maximum that state law allows without adding more than 1 percent to our rates. The amount was the result of a unanimous agreement by solar industry representatives, industrials, customer advocates, utilities and other parties…”

A revision of Proposition C, known as HB 142, passed the legislature in 2013, and requires among other things that the Public Service Commission make a determination that a utility has reached the 1 percent cost cap before allowing the termination of the solar rebate program.

“These things have not happened,” Ghio said. “That is why we filed these complaints.”

“The PSC has never said any utility has hit the 1 percent cost cap,” said Wilson, from Renew Missouri. He’s skeptical as to whether any Missouri utility has reached the cap, given the experience in Colorado. There, renewables are gaining ground much more quickly than in Missouri. The standard requires that 12 percent of retail electricity sales come from renewables this year (compared to about 5 percent in Missouri), and that the total reach 30 percent by 2020.

At 2 percent, the cap is higher in Colorado. However, Wilson said, it’s significant that with much faster development of renewable energy, “It’s never been hit.”

The Missouri legal complaints are geared at forcing the regulator to look over the utility companies’ records and make a ruling about how much they’ve spent on solar panel installation.

“It would be nice if the commission staff would do this on their own,” Wilson said.