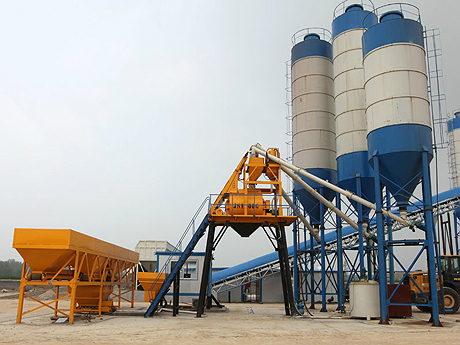 Environmental groups say they're OK with using coal ash in cement, but have concerns about other, "unencapsulated" uses. (Photo by Brian Knox via Creative Commons)

Legislation in Michigan to expand the use of coal ash in road construction and other applications has opponents concerned about potential environmental contamination and subsequent liability.

For at least the past decade, the Michigan Department of Environmental Quality has sought comprehensive regulations on reusing industrial byproducts like coal ash, the material generated from burning coal for electricity, as an alternative to sending it to landfills.

The “beneficial use” bills, which recently passed 68-42 in the state House, would formally regulate the use of over a dozen forms of industrial byproducts — including coal ash, foundry sands and sludge from paper and pulp mills — across a variety of sectors, including construction fill and on agricultural land.

Coal fly ash is a powdery residue that contains varying levels of toxic heavy metals such as arsenic and lead. Environmental groups have long been concerned about the possibility of these contaminants leaching into groundwater supplies, and some experts dispute the accuracy of methods used to test its toxicity.

In a gubernatorial election year, the Michigan Democratic Party has also drawn attention to the bills: “You won’t believe the latest way Republican politicians are attacking Michigan’s natural resources,” reads a recent email to supporters. “Republican politicians have rebranded (coal ash) for ‘beneficial use,’ so it can be used and reused in roads and other construction projects.”

James Clift, policy director for the Michigan Environmental Council, said that while his organization supports the safe reuse of byproducts like coal ash in cement, where it is “encapsulated,” he is concerned that the bills do not require a property owner’s consent before using it.

“Is the legislature authorizing someone to diminish another’s property value?” he asks.

Additionally, Clift has concerns about expanding the use of coal ash for “beneficial 2” purposes under state statute, which include construction fill up to four feet thick and at least four feet above groundwater and road bases — also known as “unencapsulated” forms.

“We went through all of this trouble to capture mercury and now we’re just allowing utilities to spread it around the state,” Clift said.

Long-term, Clift said, are questions about how allowing these materials “can limit the use of properties” and affect opportunities for redevelopment.

“The ability to redevelop some of these communities becomes astronomically more difficult,” Clift said. “And there’s no liability (if leaching occurs). It just falls onto the community to figure out redevelopment.”

The Michigan Environmental Council is a member of RE-AMP, which also publishes Midwest Energy News.

The DEQ says both uses have been allowed if they comply with a solid waste disposal statute adopted in 1978, and that it is uncertain, under the proposed law, whether the amount of unencapsulated use will expand or stay the same.

Also, advocates of the three-bill package stress the importance of testing before the products are reused so they comply with state requirements for solid waste management.

Maggie Datema, a legislative liaison for the Department of Environmental Quality, said the department and those in the industry have sought comprehensive beneficial reuse regulations over the past decade, which included four separate bill packages put forth that never passed.

“It was the recognition that the rules we have in place don’t address the realities of using these products,” Datema said, adding that, until now, each product approved for beneficial reuse has been done through individual rules or approvals.

An earlier version of the legislation didn’t require contractors to notify property owners whether industrial byproducts were being used, which Datema said the DEQ and environmental groups took issue with and which was addressed in a revised bill.

Addressing concerns about these products being used without property owners’ consent, Datema said that issue can be worked out through contracts already in place between property owners and contractors.

“A property owner already has certain protections built into the law,” Datema said. “While not in the bill, (protections) exist through contract law already in place.”

As for liability should leaching occur, Datema said contractors can be punished if they operate outside of the parameters in the law. “If they’re not using it properly, you or anyone else in the state can go after you. We think that, if used properly, these products will not leach into groundwater or surface water.”

“I think the protections are beneficial and provide Michigan citizens some comfort that we put in place a program that is durable and sustainable,” Datema said.

Andy Such, director of environmental and regulatory policy for the Michigan Manufacturers Association, dismisses Clift’s concerns about getting prior consent from property owners. Such, who had a role in advancing the legislation, cited the concessions made about notifying property owners whether such products would be used.

“This is an agreement between a buyer and a seller” to reuse the byproduct, he said. “I think there will be plenty of notification between the parties. The idea that we have to seek permission is just another barrier to getting this done.”

He added that most of the ash will be used in road building. “Very little of this stuff will end up on private property,” he said.

Such also said it’s important that a portion of the legislation moves regulatory oversight to the Department of Agriculture and Rural Development when it comes to byproducts used for fertilizer. Additionally, Such said, ratepayers will benefit by not having to pay for utilities to put it in a landfill.

Yet Clift also points out that the bills allow the use of these materials with mercury and other toxic materials at levels roughly 20 times greater than drinking water standards. He says that’s excessive compared to regulations in Wisconsin — “probably the state with the most comprehensive reuse program” — where levels are capped at two to four times drinking water standards.

“There are basically no studies that show levels 20-times the drinking water standard would protect public health,” Clift said.

Such, of the manufacturer’s association, replied: “I don’t agree with him. That’s all.”

Margi Armstrong, Lake St. Clair program coordinator for Clean Water Action in Michigan, says that guarantees about the toxic properties of these materials not leaching are not proven: “We really, really don’t know what the impacts will be on our waters.”

Armstrong called the package “another example of the Legislature choosing corporate polluters over the Great Lakes.”

‘You can’t just use them for anything’

Such said the legislation brings structure to a permitting process he called “too subjective,” as generators of waste have needed permission from the department to use materials like coal ash, foundry sand and residuals from paper manufacturing for beneficial use.

“But the main underlying principal is that they have to be tested before they’re used,” he said. “You can’t just use them for anything. They have to meet certain standards, which are basically to protect human health and the environment.

“We’ve always felt this material should be used in commerce,” he said, “where it fits and where it’s been tested. By the way, the bill does not incentivize the use of the material, does not provide anyone a break and doesn’t mandate its use anywhere.”

Outside of Michigan exists a patchwork of legislation regulating the reuse of byproducts like coal ash, said John Ward, a spokesman for the American Coal Ash Association. The U.S. Environmental Protection Agency is amid a years-long process for regulating the disposal of the material, he said, but it “has not signaled any desire” for reusing it.

Ultimately, it’s about following guidelines that are in place to avoid contamination so that it doesn’t get piled in landfills, he said.

“If people go out of their way to discourage the correct use of coal ash, it’s just encouraging more of the ash to go into these huge disposal areas,” Ward said. “It’s a positive that Michigan is moving forward with this kind of thing.”