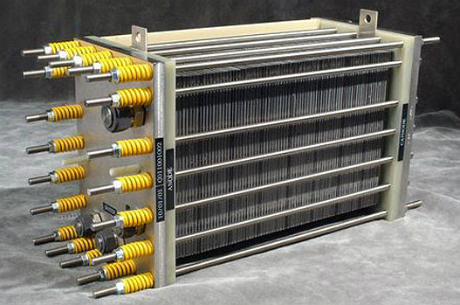 Bill Whittenberger co-founded his Ohio-based company Catacel Corp. in 2001 upon recognizing a niche for catalysts that manage heat and chemical reactions.

It wasn’t long before the fledgling entrepreneur heard about another potential power source that was creating buzz at the time.

“There was all this talk in Ohio about fuel cells,” said Whittenberger. “We were looking for something else to do, and we thought we could help with that.”

Thirteen years after Catacel’s inception, the company is now supplying more than $2 million worth of fuel cells and related components each year to an industry escalating nationwide.

“Without fuel cells, we’d be dead,” he said.

Fuel cells convert fuels like hydrogen or natural gas into electricity through a chemical reaction. Proponents envision the technology becoming a significant generating source, with the ability to displace internal combustion engines in automobiles and provide backup power for large energy users.

A demand for supply

State government has been a major player in transforming Ohio into a top destination for fuel cells, noted Pat Valente, executive director of The Ohio Fuel Cell Coalition (OFCC) , an organization that encourages the state’s continued involvement in the corridor.

Between 2003 and 2011, the state-run technology-based economic development initiative  Ohio Third Frontier committed over $90 million in grants to improve the knowledge base for fuel cell manufacturing, an effort that saw numerous companies place substantial investments in Ohio.

Ohio has also been a launching pad for a rising amount of fuel cell patents. From 1997-2007, the state witnessed a 1,200-percent leap in the number of patents granted within the lucrative space.

While not quite a fuel cell manufacturing stalwart as compared to California or Connecticut, Ohio is a an industry leader in supply chain, supply chain development and R&D, Valente said. Some of these supply companies began life in the aerospace or automotive sector and have branched out into fuel cells.

“These are businesses that were dealing with many fluctuations in their industries,” said Valente. “Diversifying (into fuel cells) helped flatten those ups and downs.”

“Nobody’s doing what we’re doing when it comes to marrying catalytic and heat transfer in fuel cells,” Whittenberger said. “Any company thinking with that strategy ends up on our doorstep.”

If you build it…

Fuel cell research and development in Ohio is mostly university driven, said Valente. According to state-provided data, there are over 80 fuel cell projects underway at schools including Case Western Reserve University and The Ohio State University. There’s also a program at Stark State College, which recently worked with Lockheed Martin to make fuel cell generators (or “gensets”)  rugged enough for military applications.

“The pioneers in the industry are obligated to do more than make a product; we have to show the end user how to use it,” he said. “We are in the energy-solution business.”

Two decades in the industry have shaped TMI into a nimble fuel cell system integrator, thanks in part to a robust base of production that no other energy technology can claim, Lee said. He believes Ohio’s installed supply chain culture can be an enormous boon for the state as continuous power draws the eye of an increasingly sustainability-conscious planet.

Get on the fuel cell bus

At least one state entity is seeking to integrate alternative power into public transportation. The Stark Area Regional Transit Authority (SARTA) is poised to bring fuel cell buses to Ohio under its No Emissions Bus Program. The organization is currently developing a grant application with clean-transportation nonprofit CalStart, after which it hopes to introduce the state’s first fuel-cell driven bus and the only such vehicle in the U.S. outside of California. The Ohio Department of Transportation (ODOT) granted SARTA $500,000 for a fueling station that would recharge the bus.

The transit authority is also partnering with CalStart on a second fuel cell bus, said Kirt Conrad, president and CEO of SARTA. Should the program succeed, Conrad would like to transition Ohio suppliers into the product line. Plates made by the Cleveland company GrafTech, for example, are found in 70 percent of fuel cell vehicles and more than 50 percent of bus programs worldwide.

The alternative technology would effectively halve SARTA’s fuel costs, reported Conrad. “We’re putting ourselves out there on the leading edge of the fuel cell bus commercialization process,” he said. “If we don’t step forward and attract investment, it will go to other places.”

The state should continue to thrive in the space as the nation keeps searching for a clean energy source that depends less on fossil fuels and more on advanced and alternative energy technologies, said Valente.

The historical synopsis for fuel cells was that they were always five years away, added the fuel cell coalition official. That timetable has moved forward, and Ohio is now positioned to build a high-efficiency, environmentally friendly industry around the possibilities that fuel cells represent.

That goes for the rest of the world as well, said Valente. As countries like China and India develop their middle class, the demand for energy will rise and take the price of petroleum and other standard energy sources with them. Fuel cells would be a more effective way to run automobiles or the backup power at a hospital.

“Countries are going to need this technology,” Valente said. “We want to make sure Ohio is a part of that growth.”